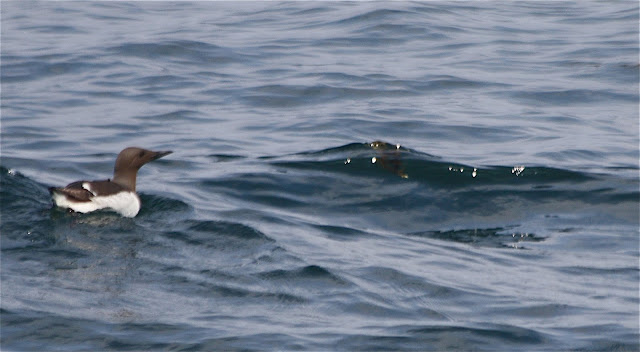 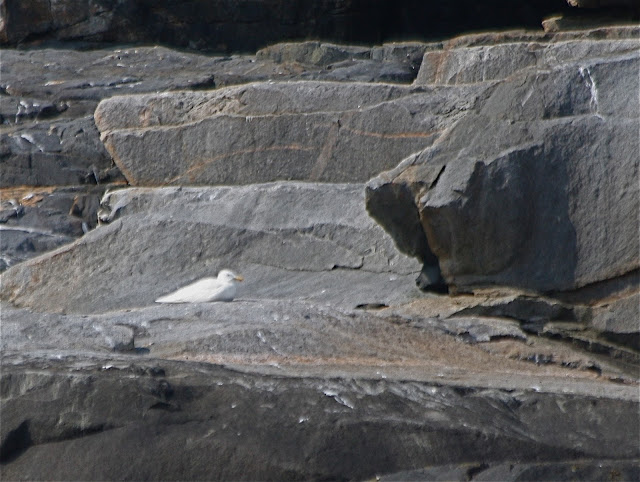 The Ivory Black-back is back,  this was only the second time that I had seen this bird this summer, the first time was also at Seal Island, this bird has been around for nearly a decade now, that I have been aware of. 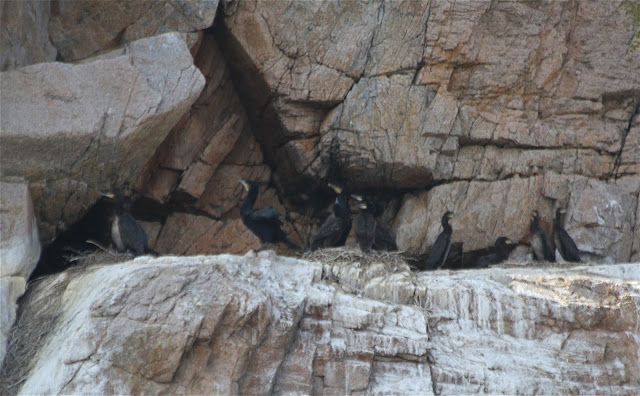 The group of Great cormorant nests on SW cove Seal Island,  doing rather well so far I was worried they might get washed off there. 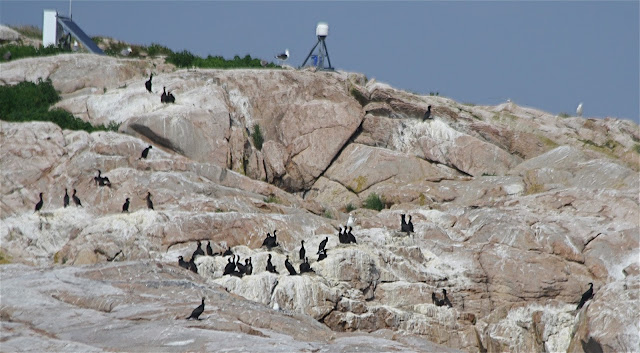 The cormorant colony on the SW head of Seal Island,  some of the 23 GC nests at this site in 2016, and explore.audubon cormorant camera.
Posted by john at 11:58 AM No comments: