so the Red-Billed Tropic bird has returned to Seal Island, 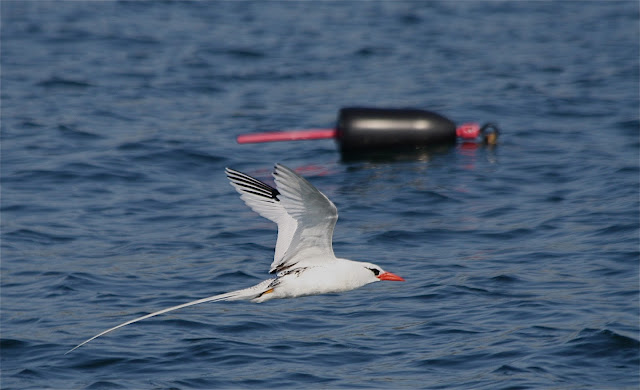 this picture was taken last August,
resident naturalist Keenan Yakola saw it on May 12,

I was down there on the 13th and found an Ancient Murrelet amongst the razorbills,  this is a pacific species most of whom nest on the Aleutians I have read.

Keenan got these photos, 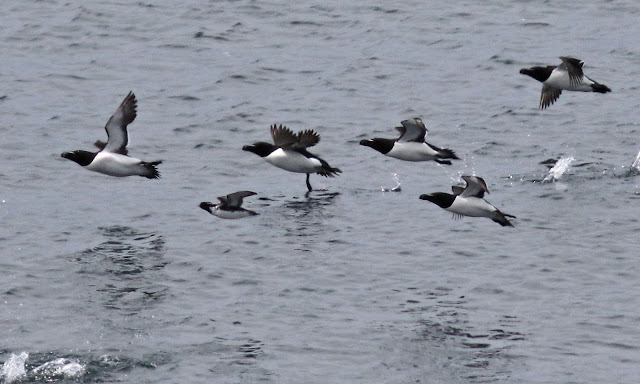 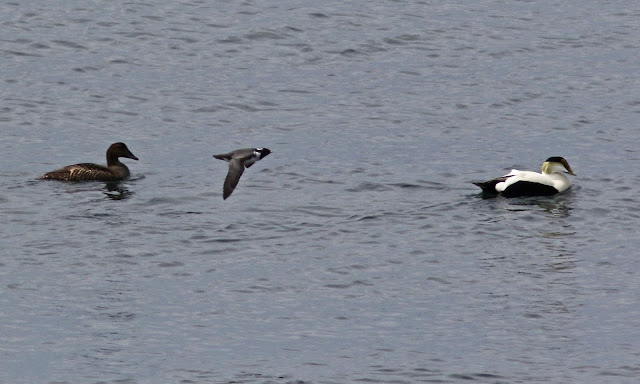 This bird was keen to engage the razorbills and looked somewhat like a young razorbill alongside its parent.
A lovely little fowl it were with the appearance of an earnest aquatic quail.

Seeing such a rare bird makes me wonder how many such wonders  have seen me that I have not seen.
and Inspires me to look those rafts of alcids over a bit more carefully.

The overall message here is that Seal Island is a wicked half decent place to go Birding.

I have heard rumor that this bird was seen at Petit Manan @ 45 miles ENE of Seal.

The tropic bird took a few years to realize that Seal Island was the place you want to be, so I expect that after a bit more exploring this Murrelet will reach the same conclusion.