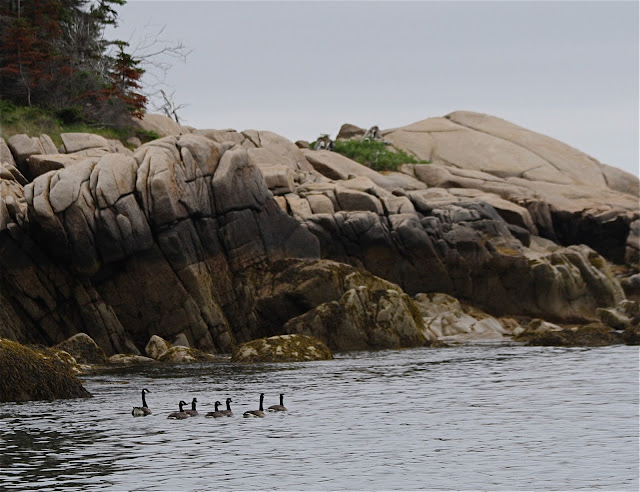 A family of Geese, white islands 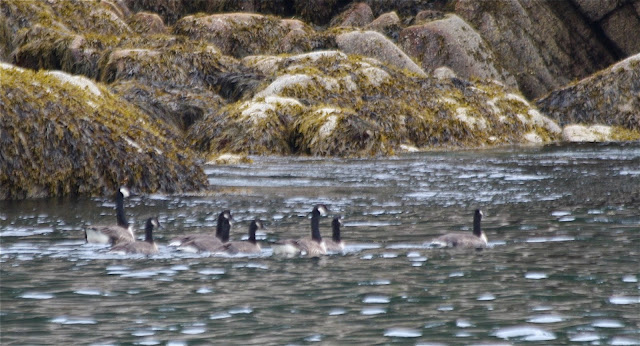 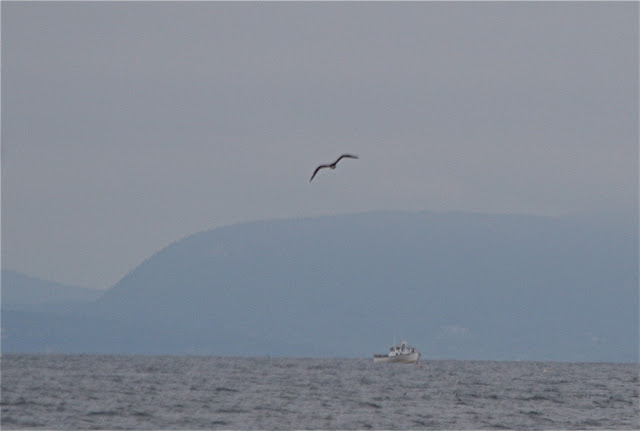 no good picture but we got a fairly good look at this felonius skua,  aka parasitic jaegar 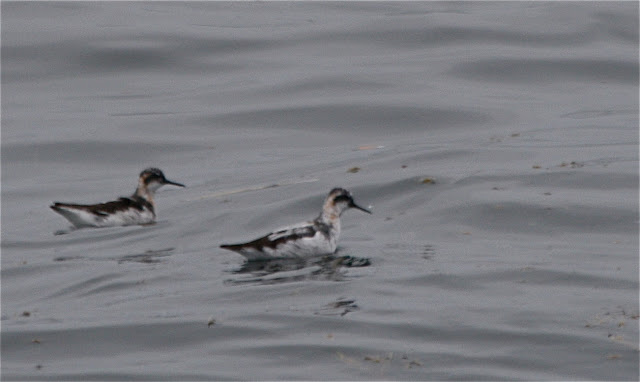 Northern or red-necked Phalerope,  this was the day they struck, they have been around the bay since in good numbers. 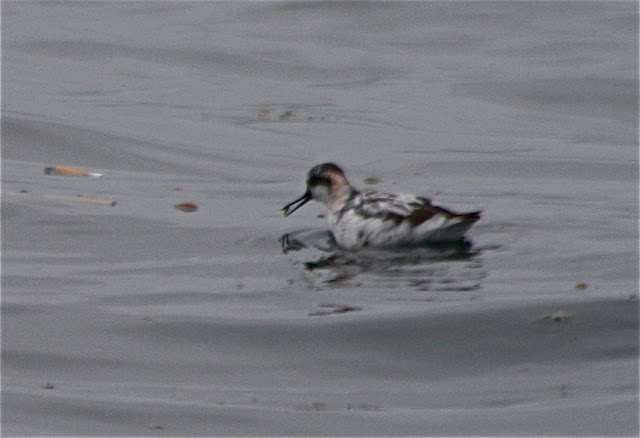 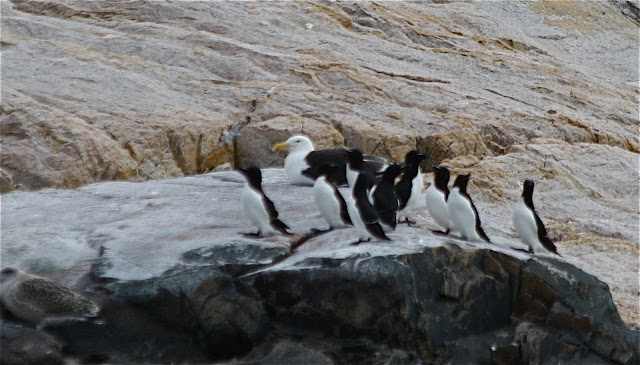 a minister amongst the razorbills, I have seen a Black-back beating a guillemot, but I guess the Razorbills have no fear of them. 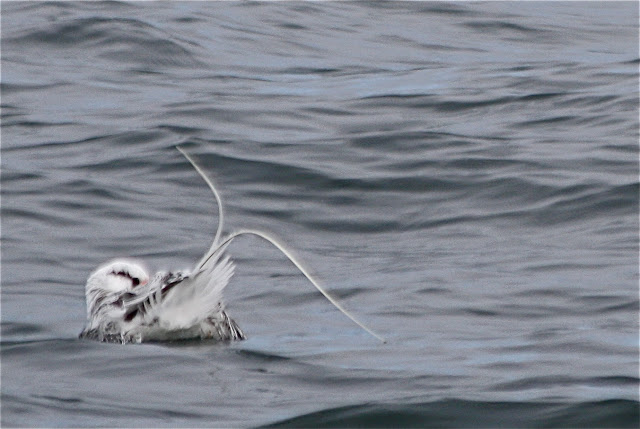 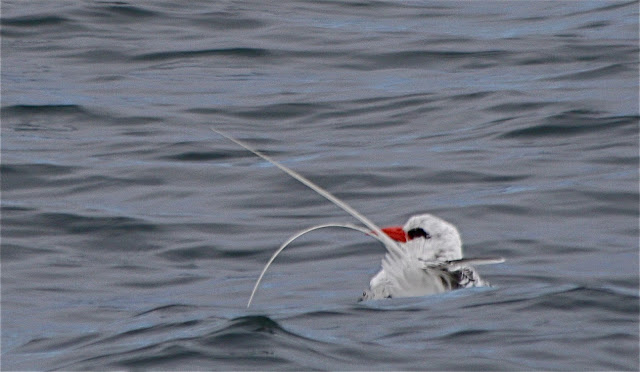 he came out of his cavern just as we were passing. 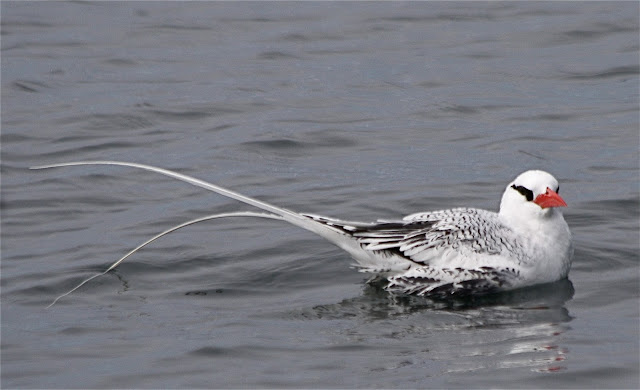 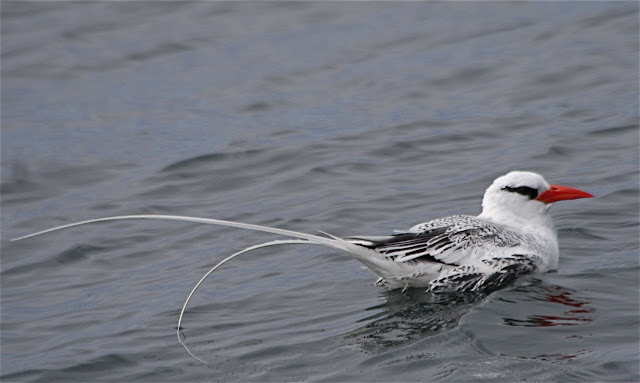 We got some good looks at this bird 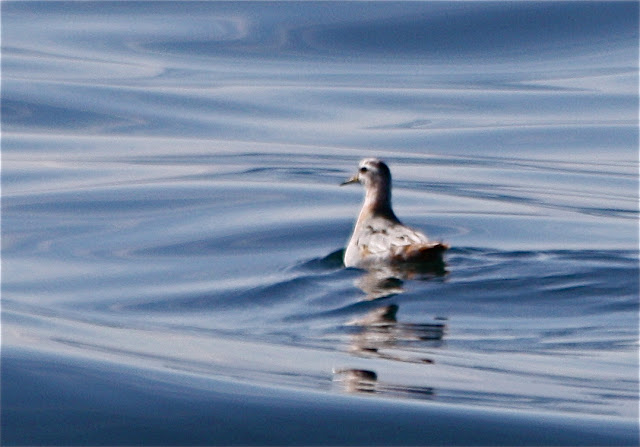 We saw this Red phalerope north of three fathom ledge. 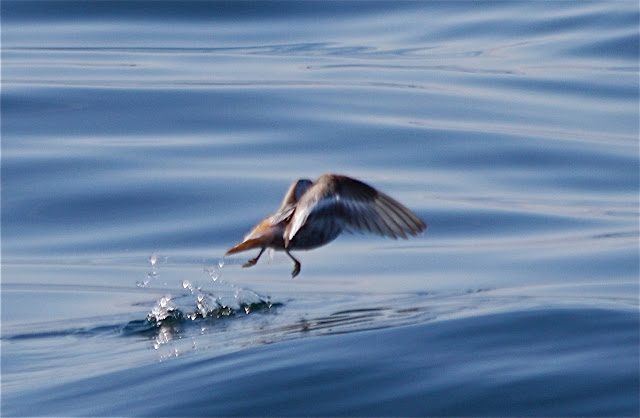 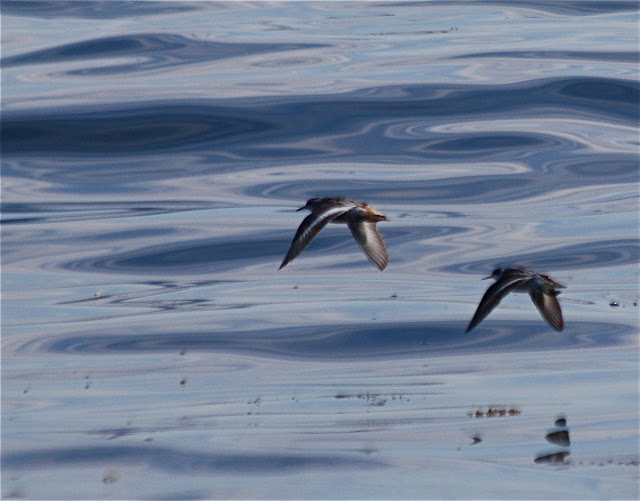 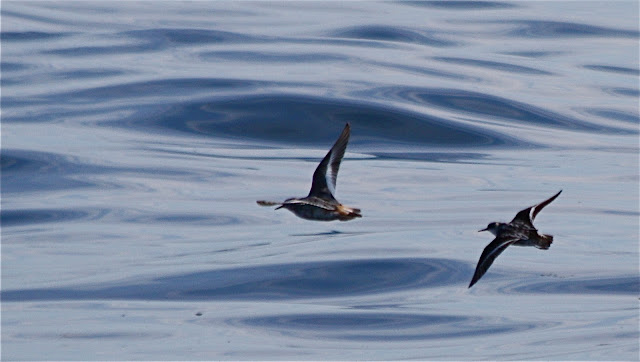 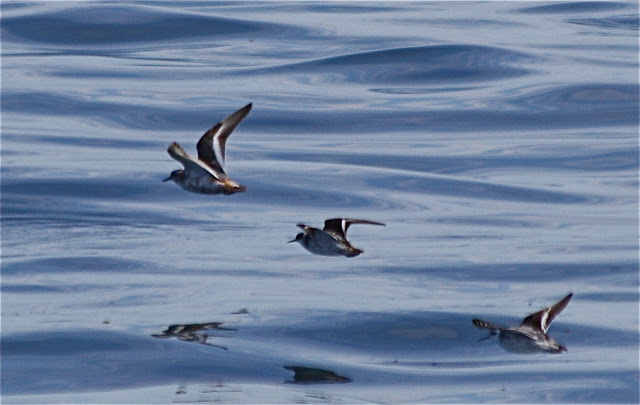 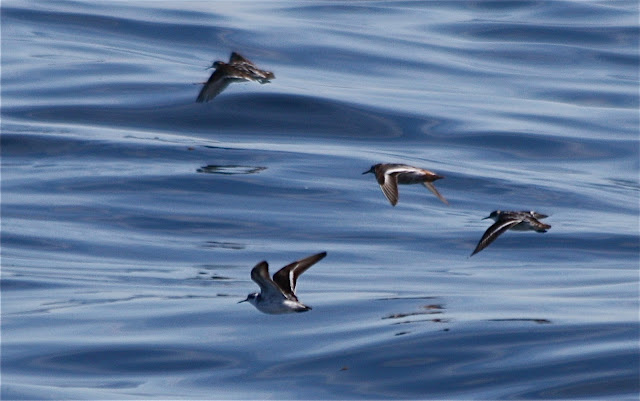 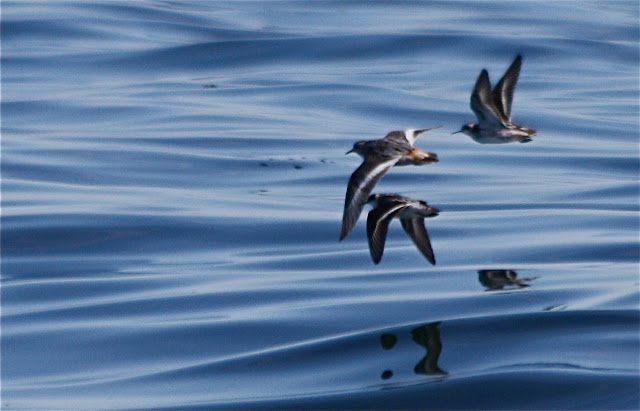 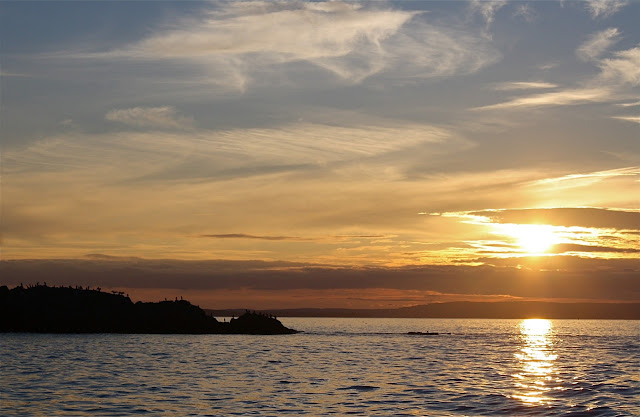 the other side of Medric Rock. 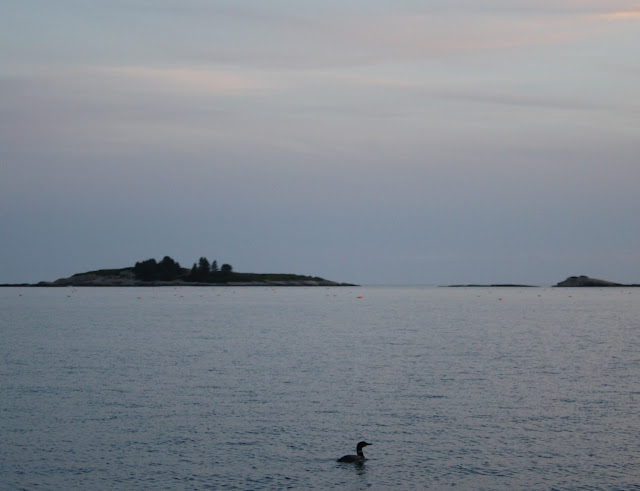 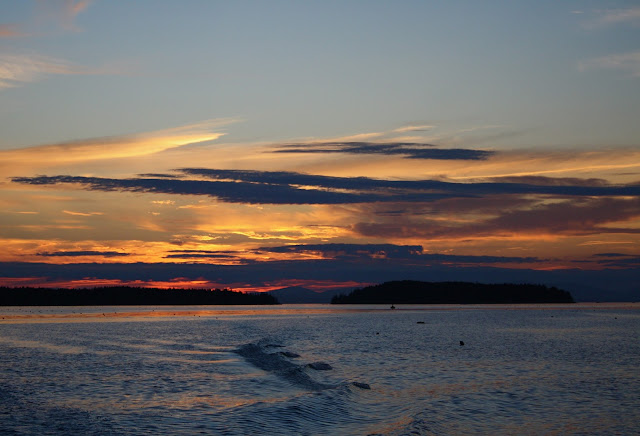 July and August we see a lot of nice evening skies.