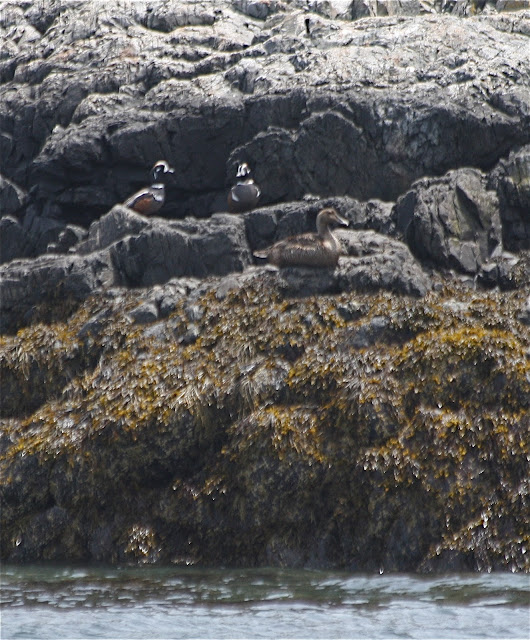 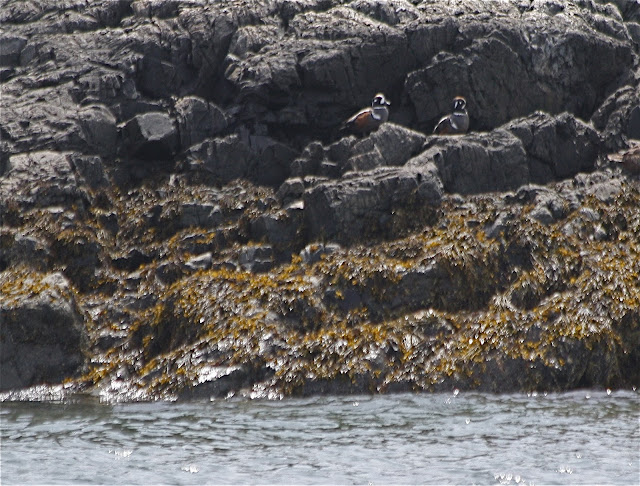 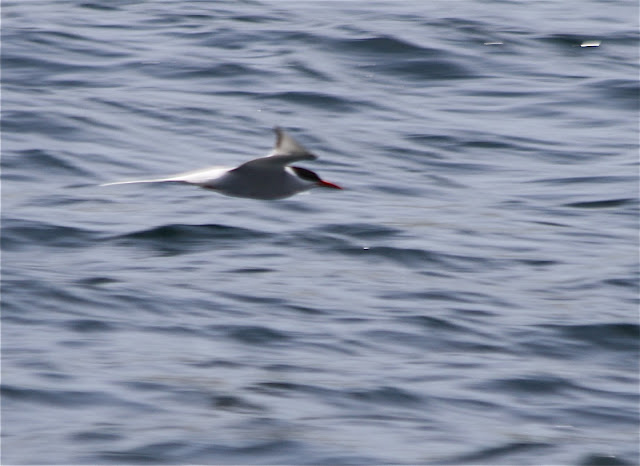 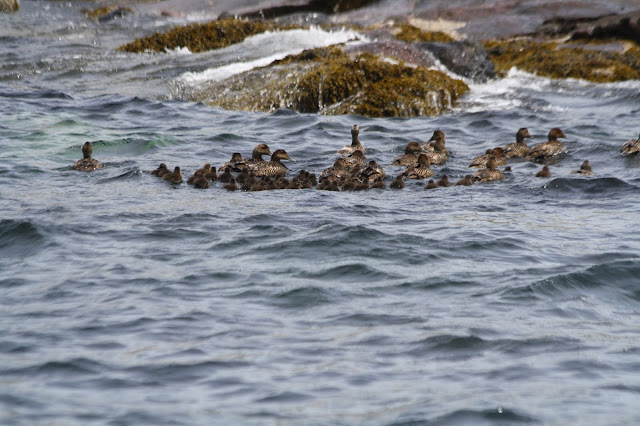 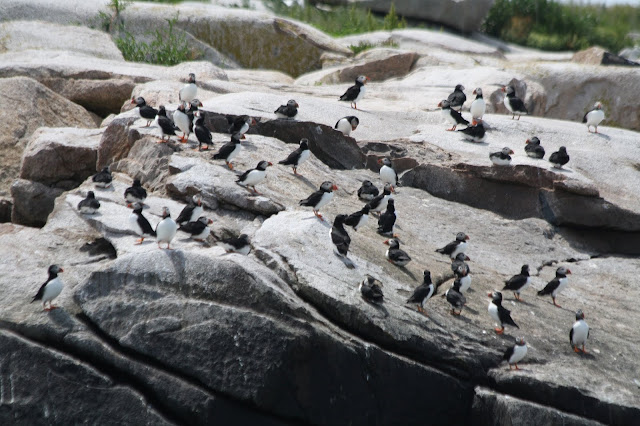 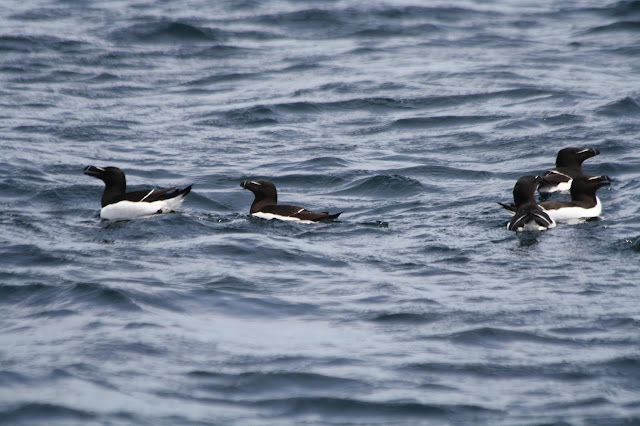 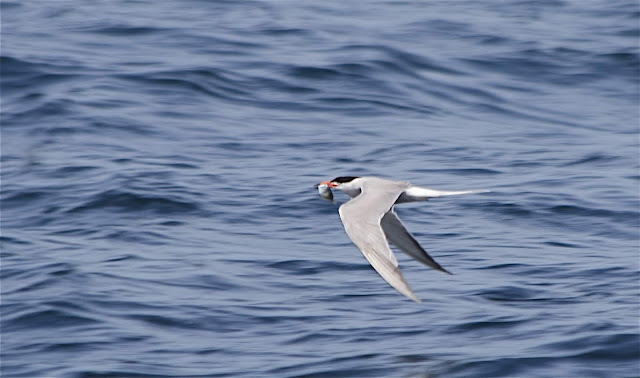 Common Tern Headed for Seal Island, with some seafood. 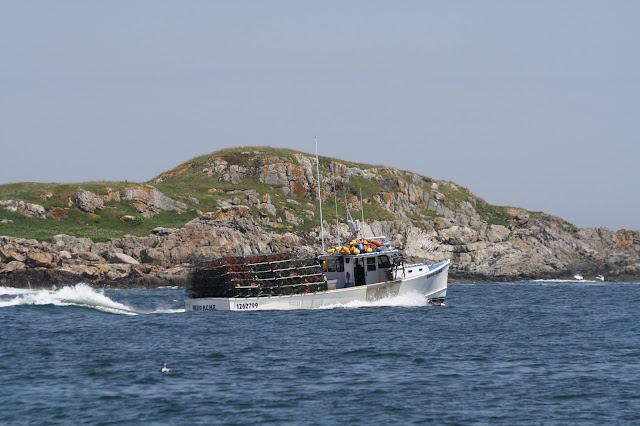 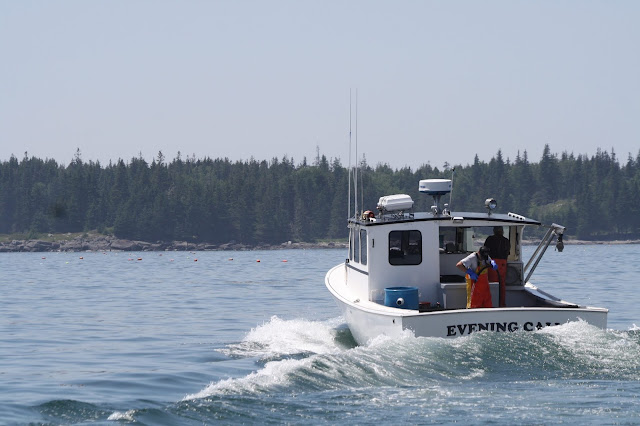 Evening Call,  in the reach 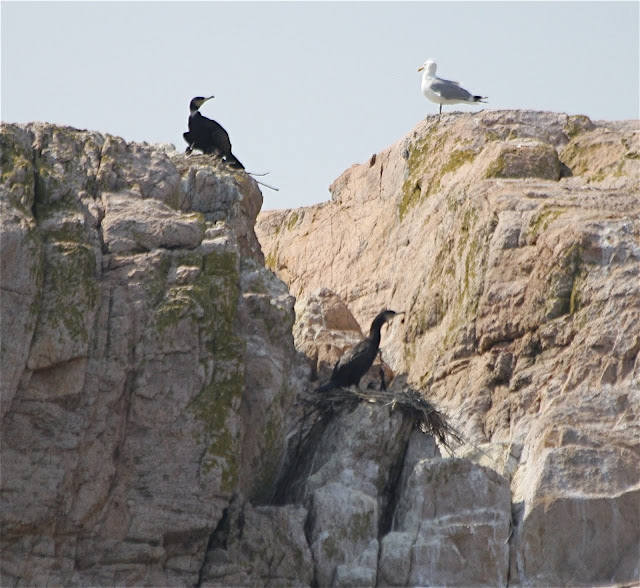 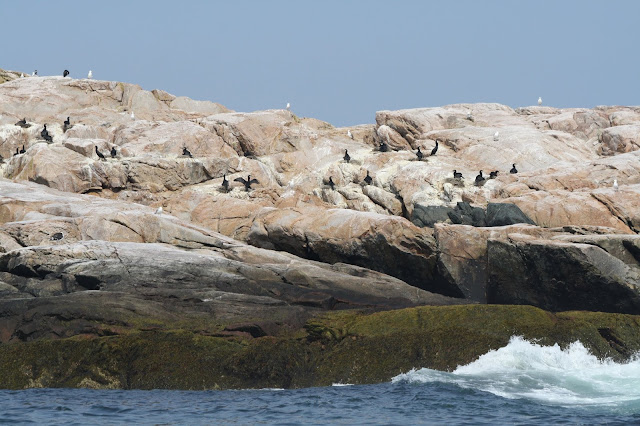 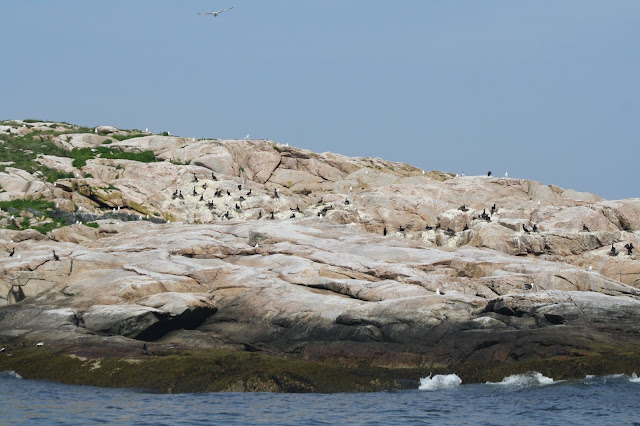 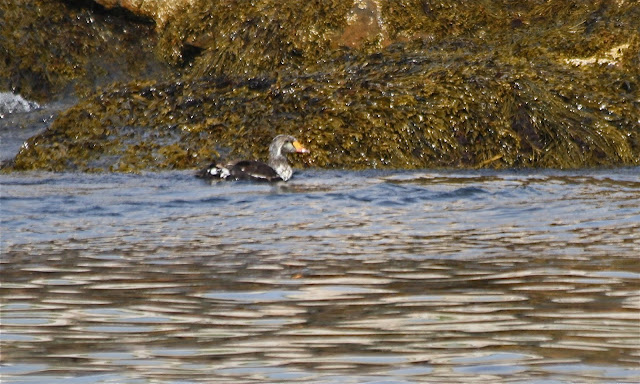 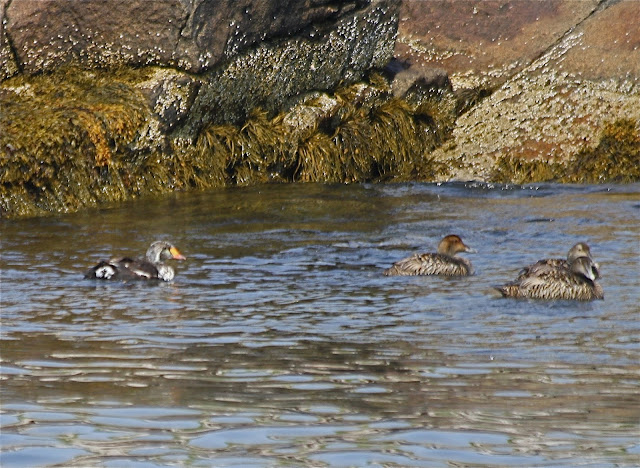 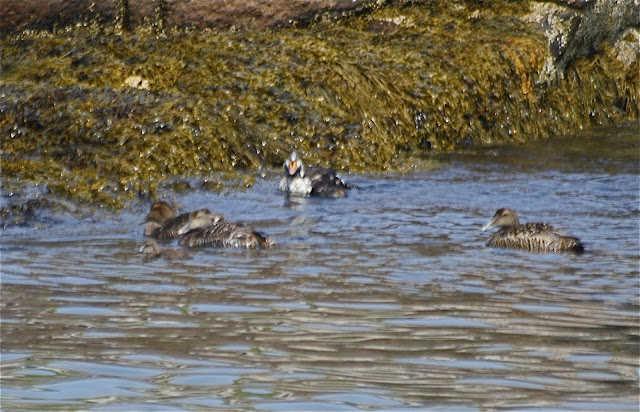 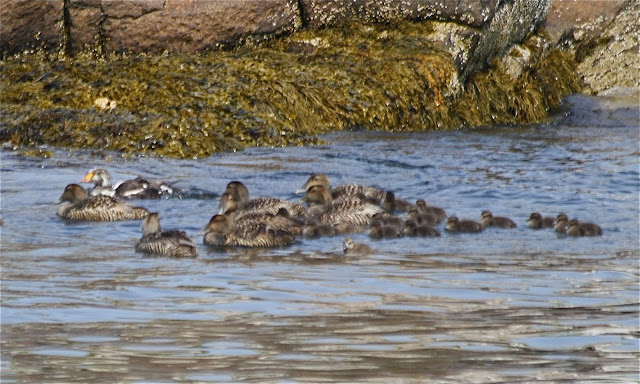 King Eider with common eider hens and ducklings,  make of ducklings to soon to tell. 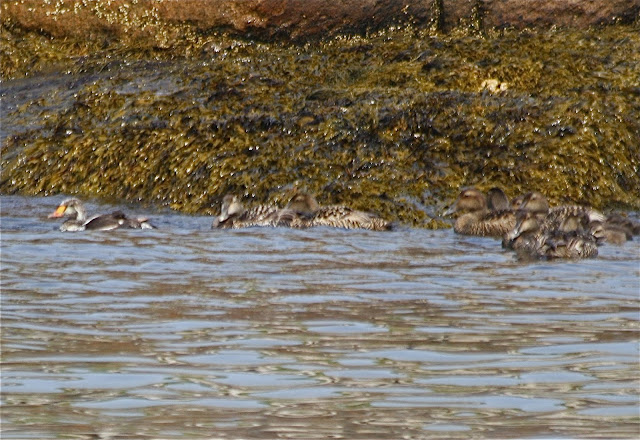 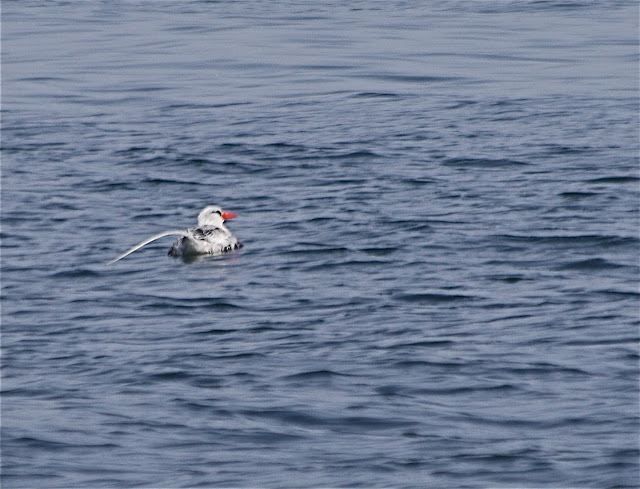 Speaking of Kings, this elegant fowl was seen drifting. 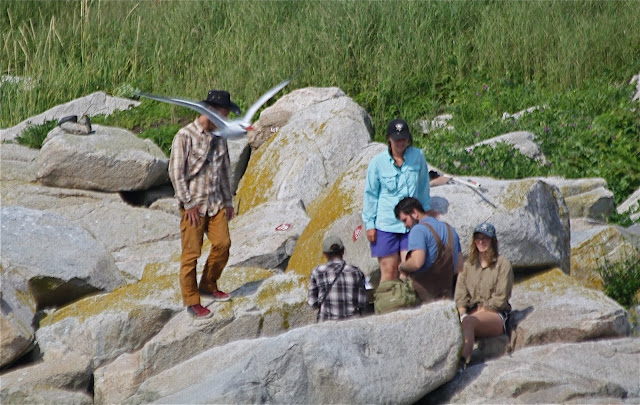 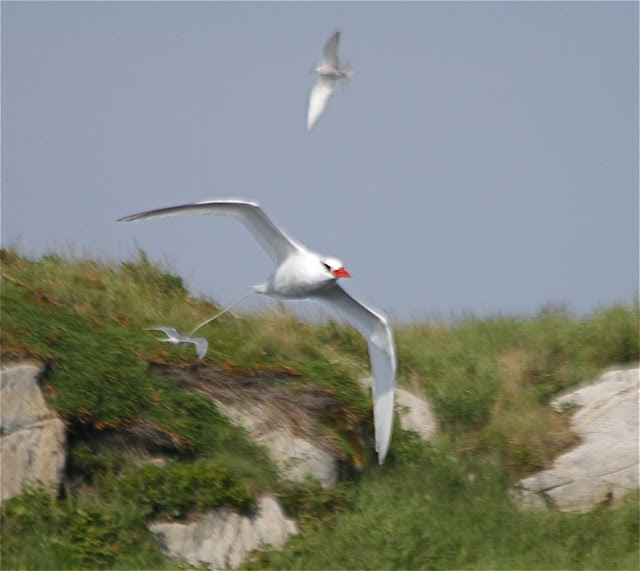 this bird is full of charactor 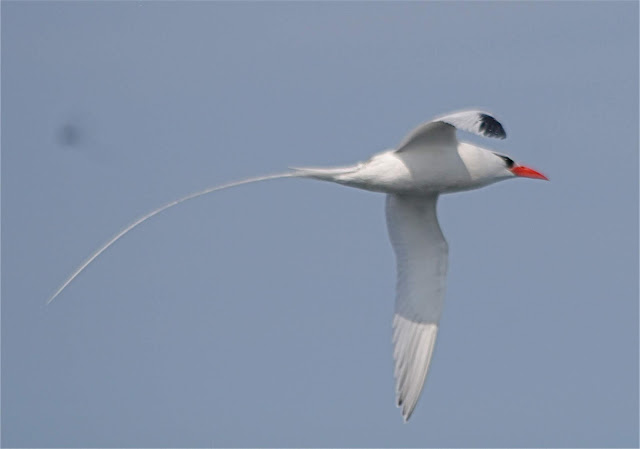 this bird has shed a tail feather in the bay someplace so keep an eye out for it, while beachcombing 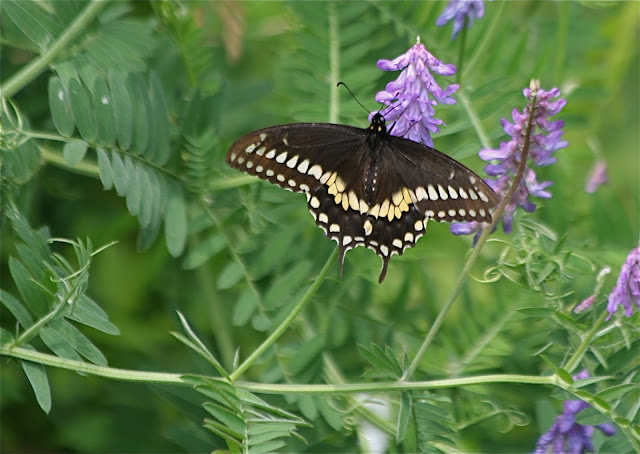 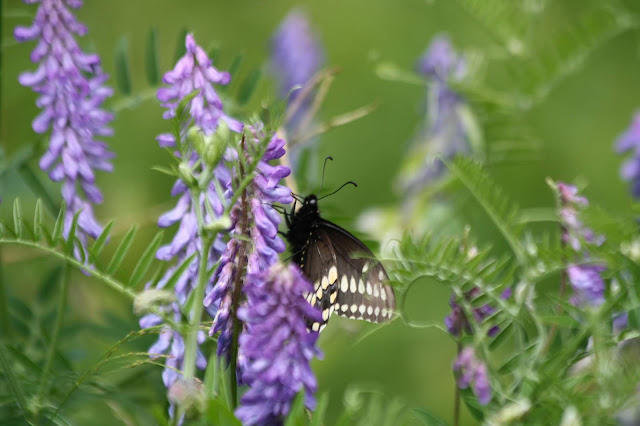 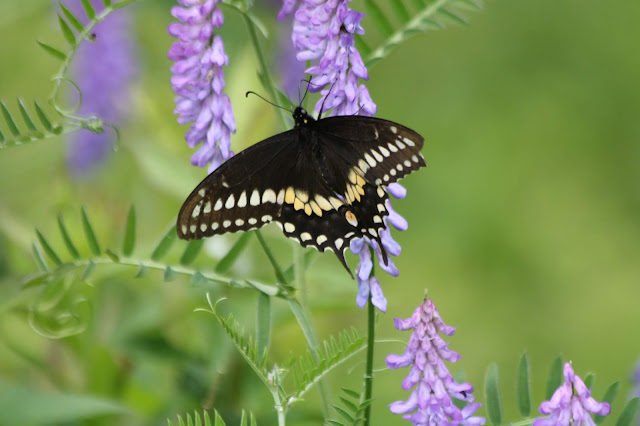 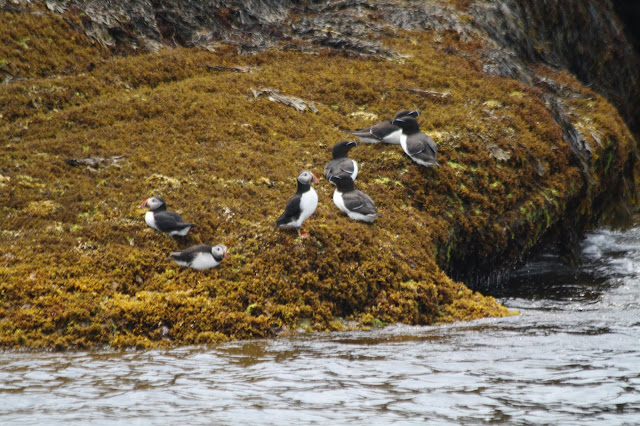 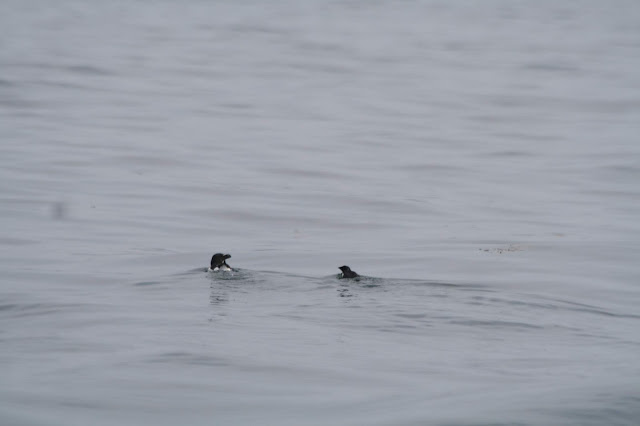 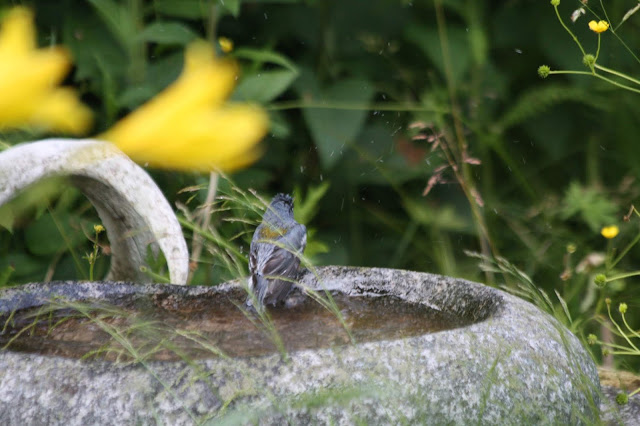 Parula at the bath 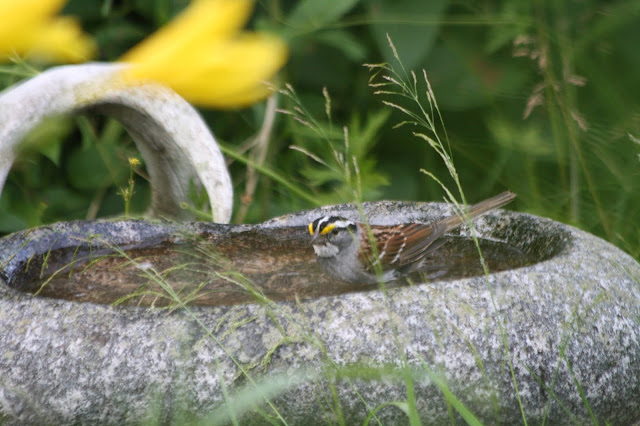 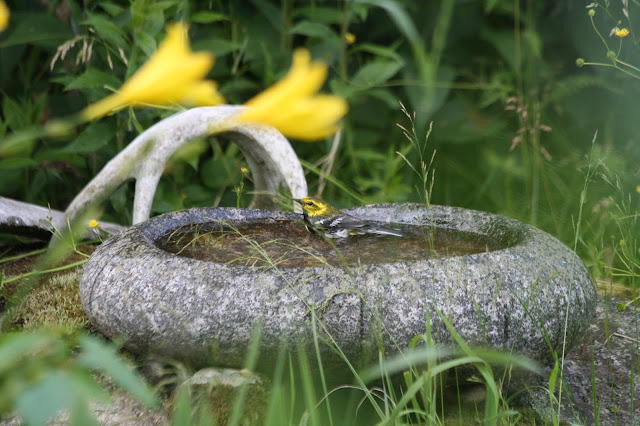 there were Magnolia, Myrtle, black-throated green, 2nd year redstart male and parula in and out in just a couple of minutes, some interaction between,  they all get out of the bath for the big sparrow but not so willingly with each other. 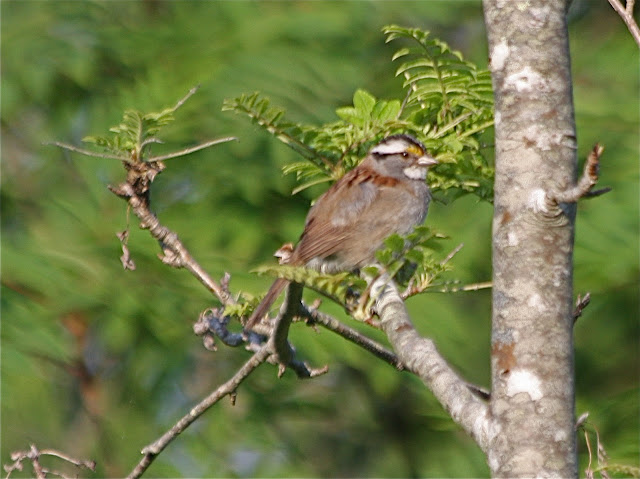