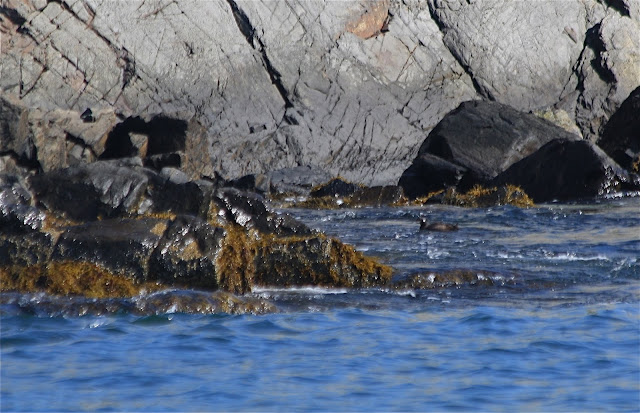 molting male harlequin duck at little Robert's, a rare plumage for Maine as they usually are up north for molting. 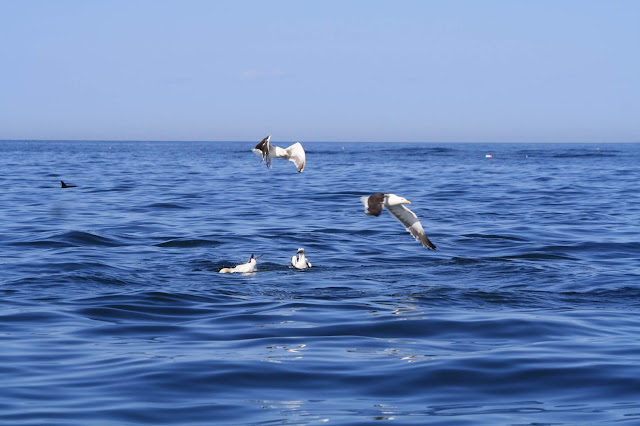 Black-backs and gannets, and see the fin? 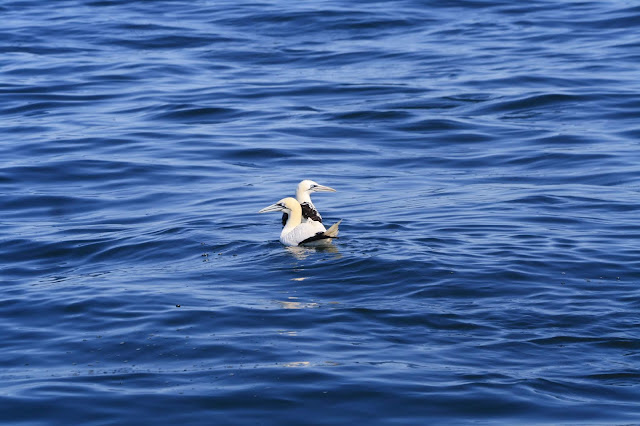 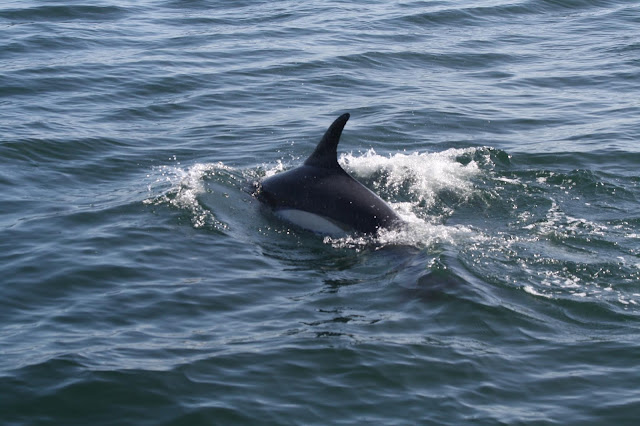 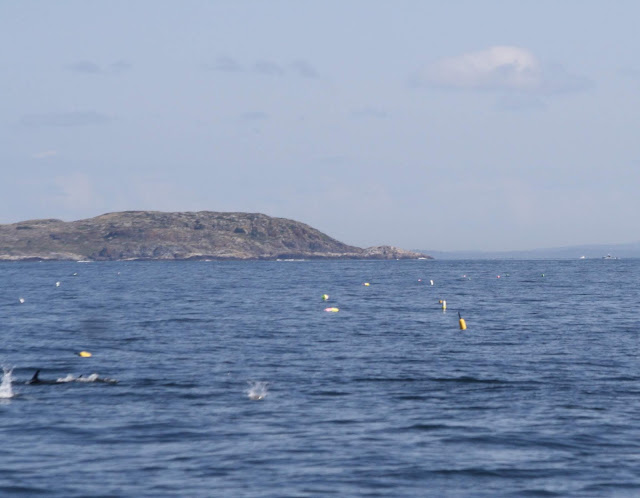 I have very seldom see  them inside of Seal Island, 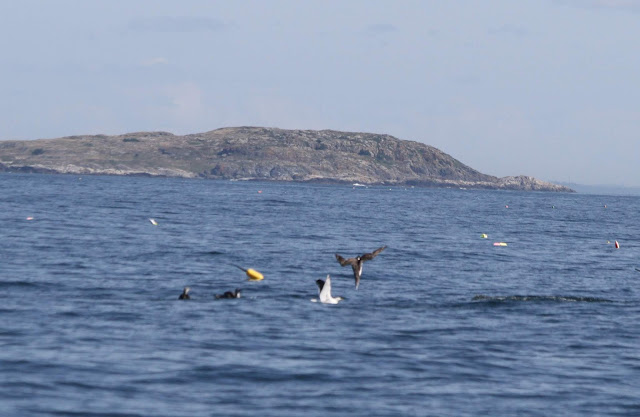 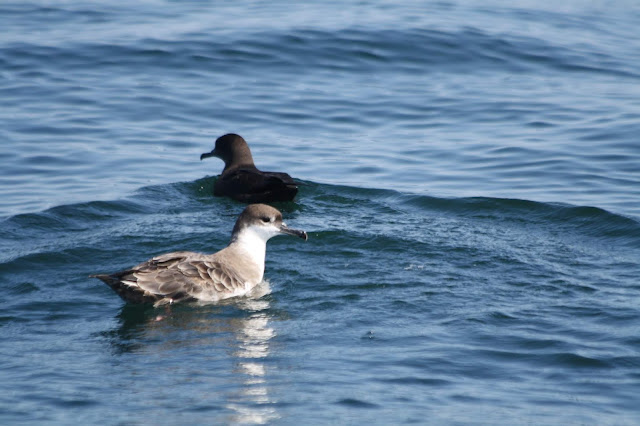 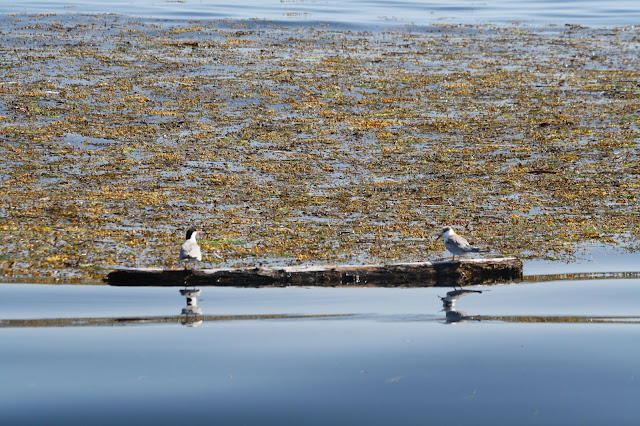 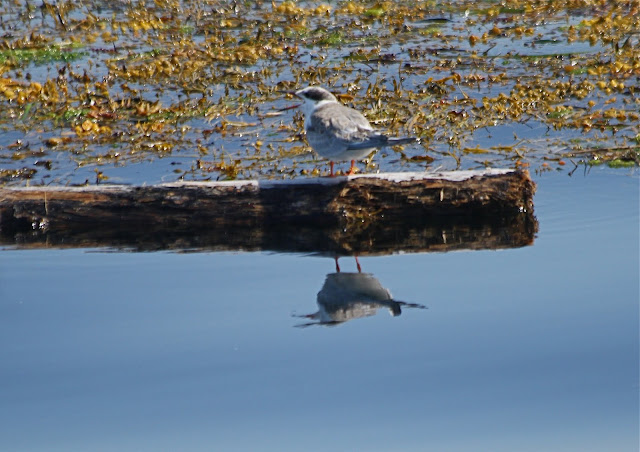 the young tern suggesting another fish would be nice. 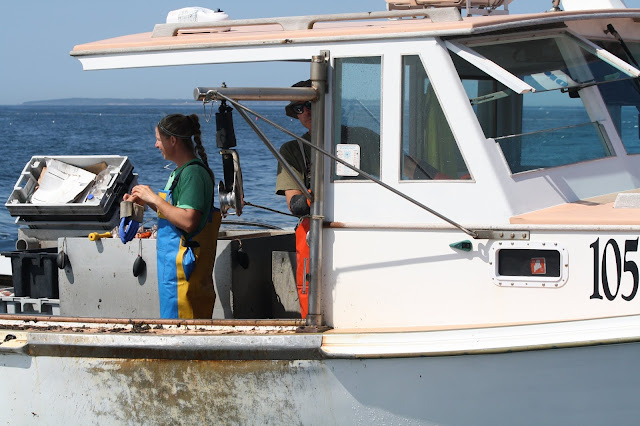 Star Fisher came along and told us there was a seal up a tree. 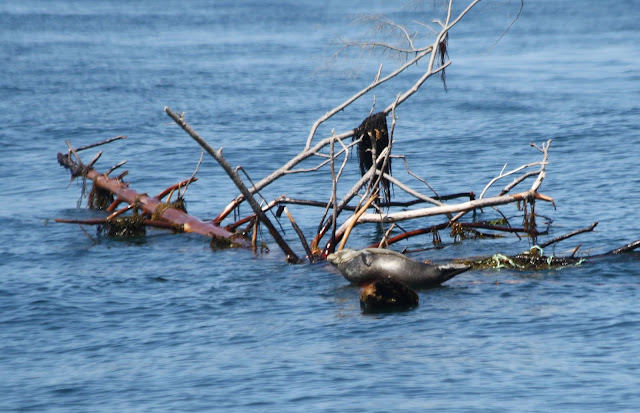 as unlikely as that would seem, it turns out that the report was quite accurate 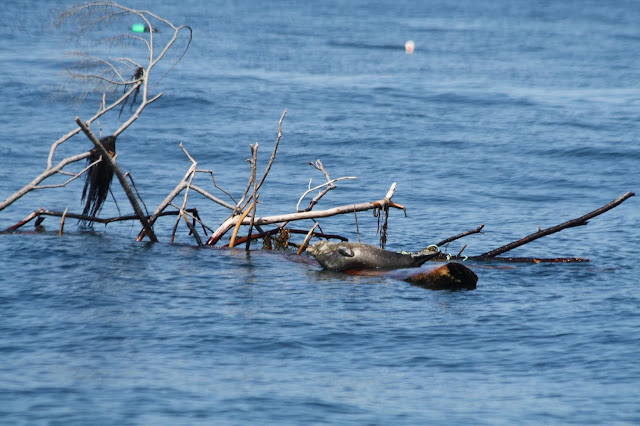 someone could win a bet with a photo such as this 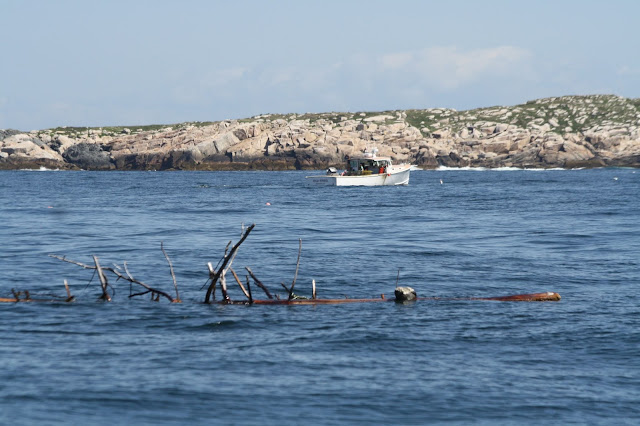 Seal in tree, Star Fisher, and Seal Island, I've seen more seals in trees just southwest of Seal Island than I have anywhere else. 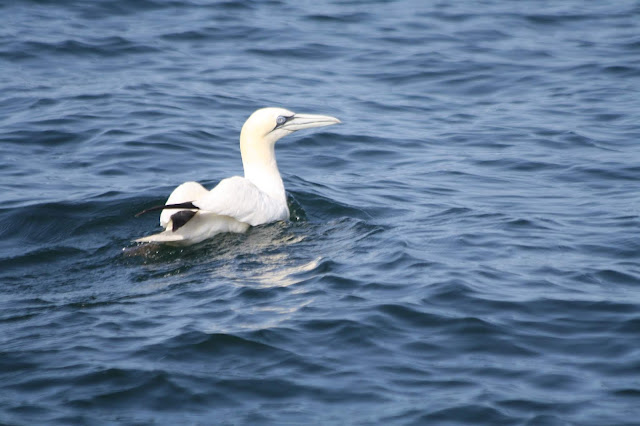 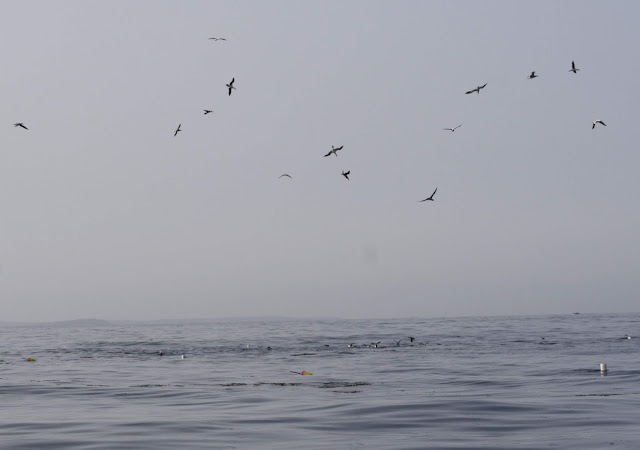 those gannets do dive deep 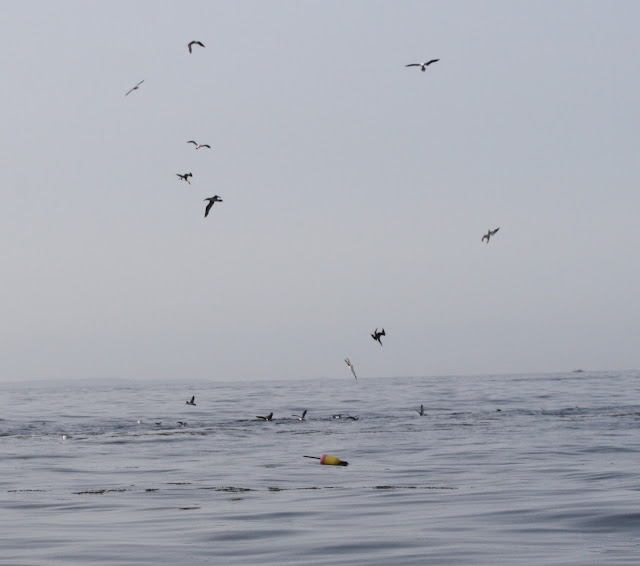 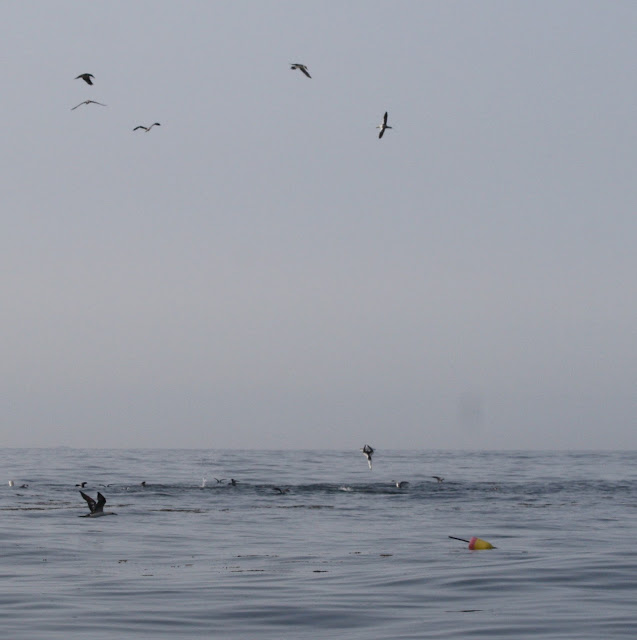 quite a lot of this during late August. 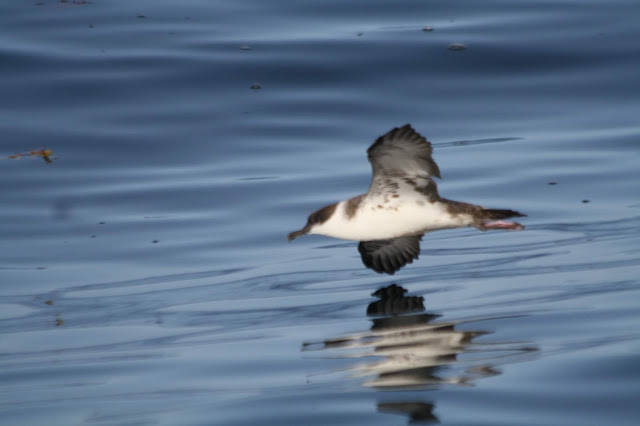 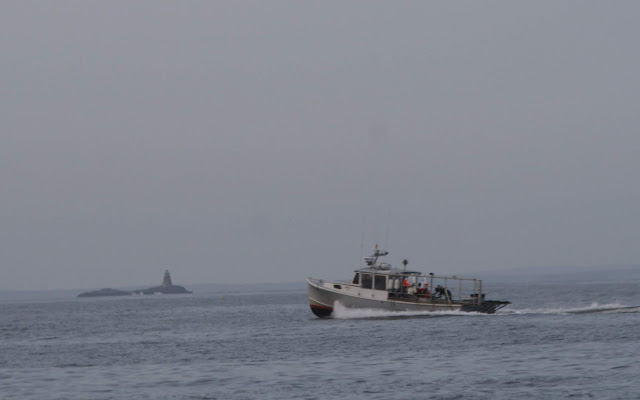 Minnamurra heading in Saddleback beyond