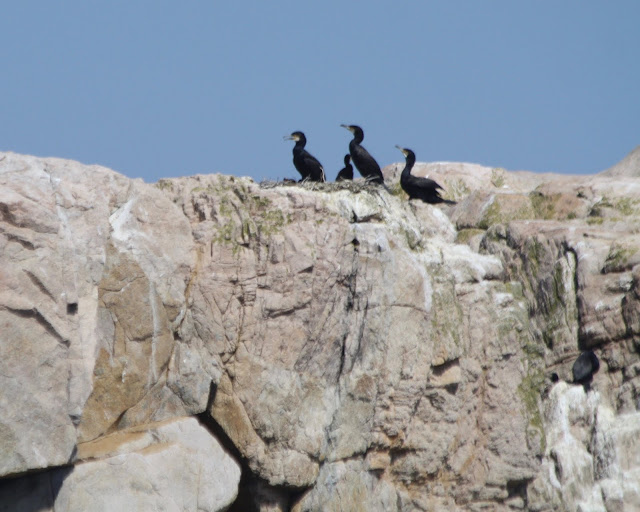 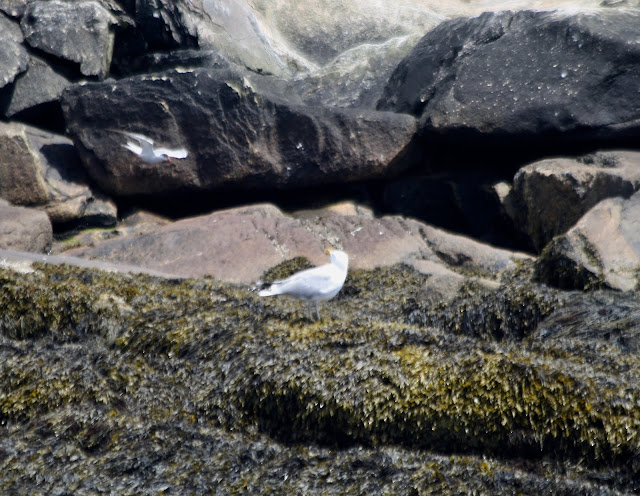 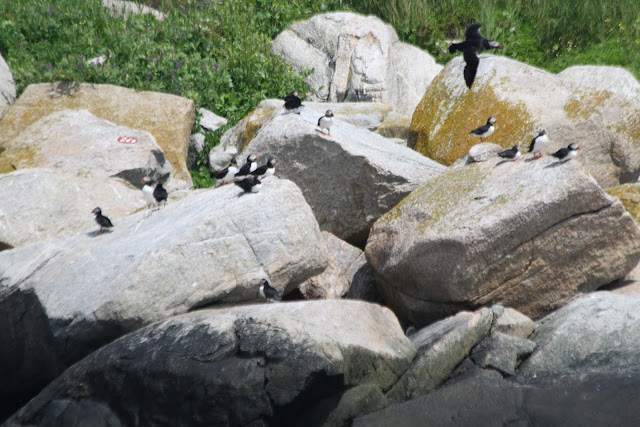 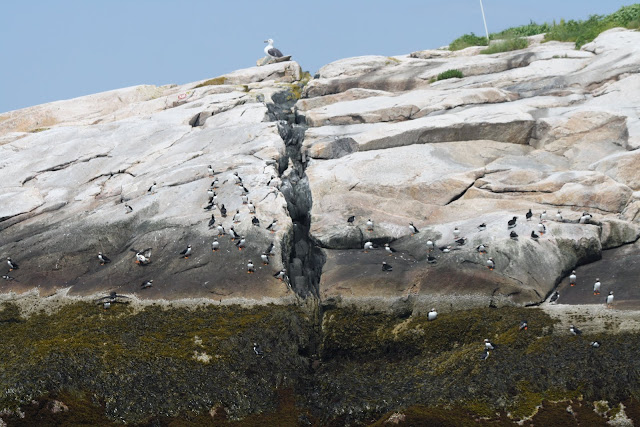 Puffins roosting on the shore of the eastern bite of Seal Island, below the yellow-nosed albatross decoy, they didn't roost at this spot before the decoy was there. 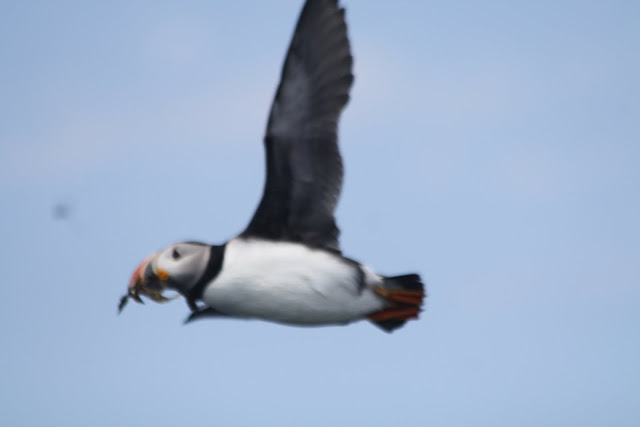 puffin with seaweed, and fish? 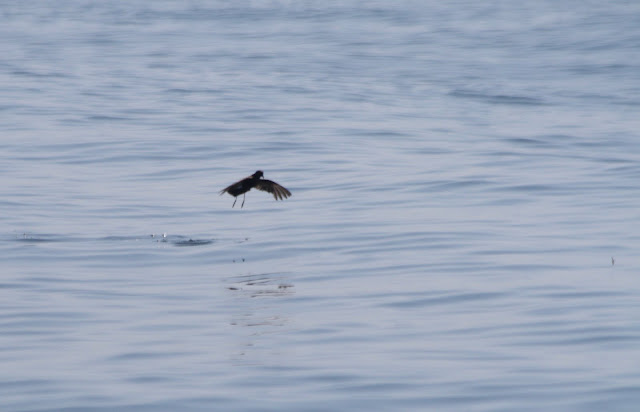 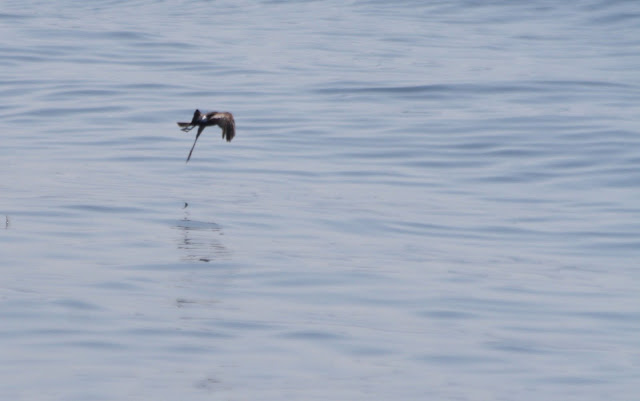 Wilsons petrel
Posted by john at 9:50 AM