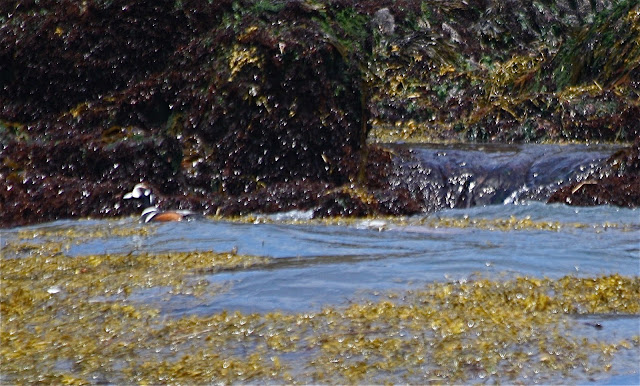 male Harlequin at Little Roberts,  this is where the late ones are seen, most are gone by May 1st. 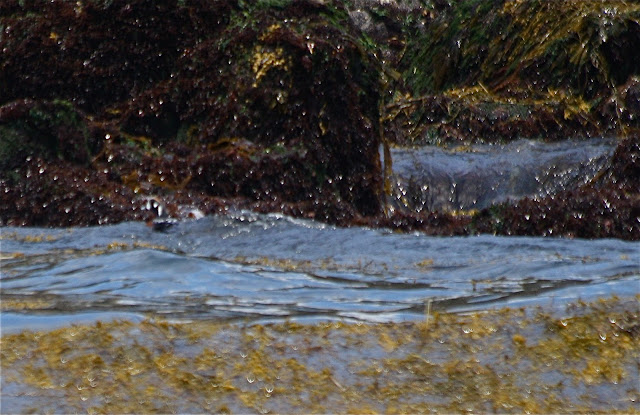 cryptic in the surg. 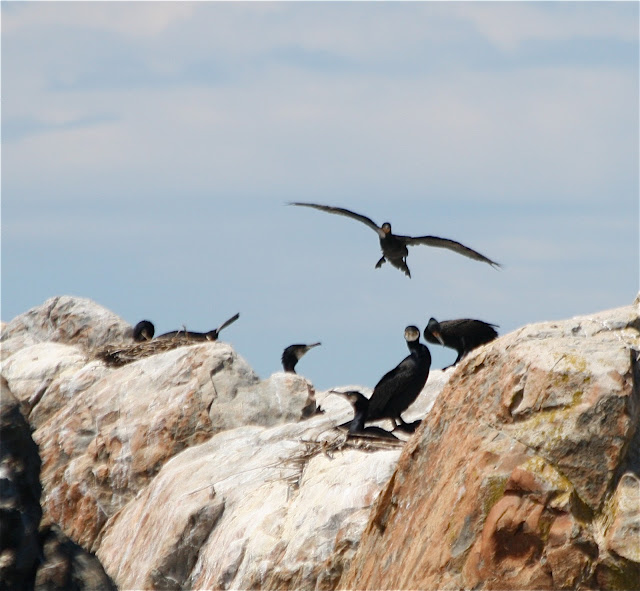 Great Cormorants at Little Roberts.  2 of the 40 great Cormorant nests in the nation,  they nest at 4 sites, all in Mid coast Maine. 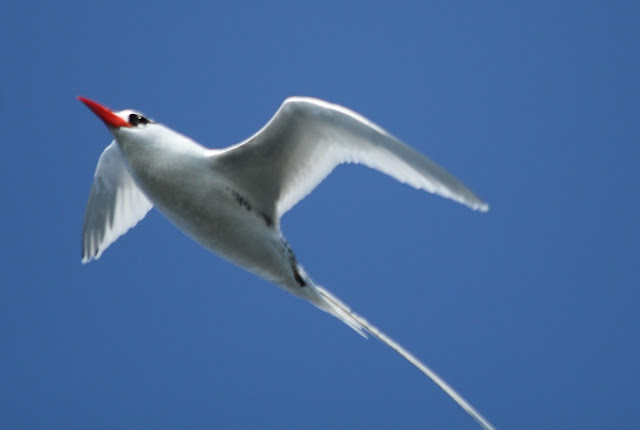 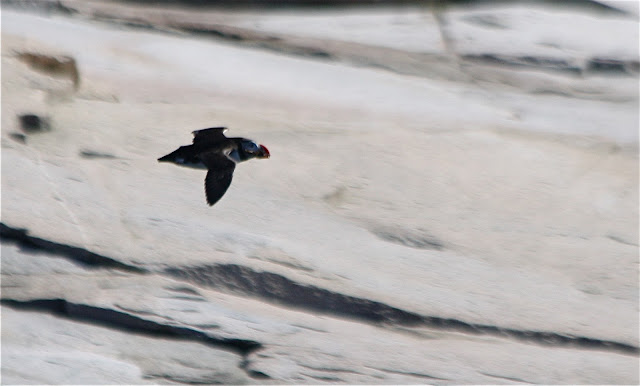 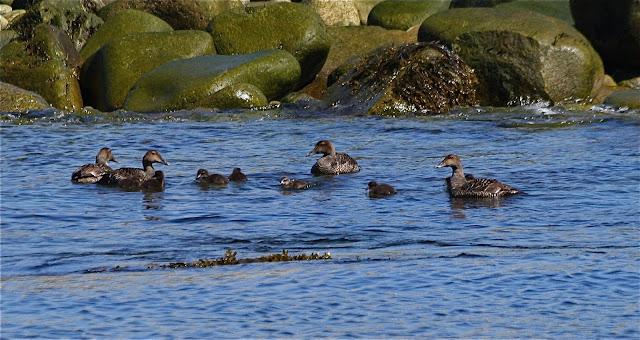 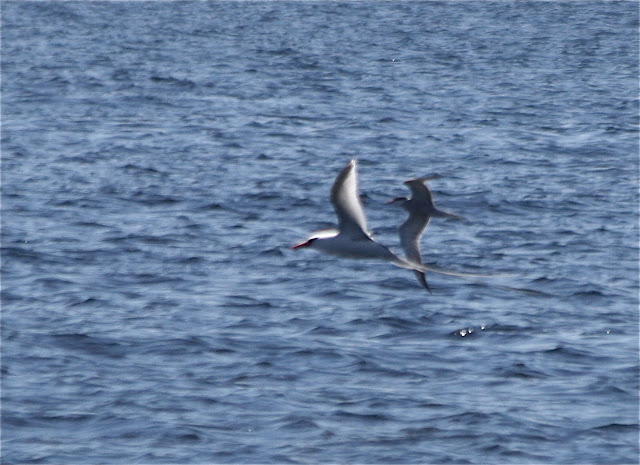 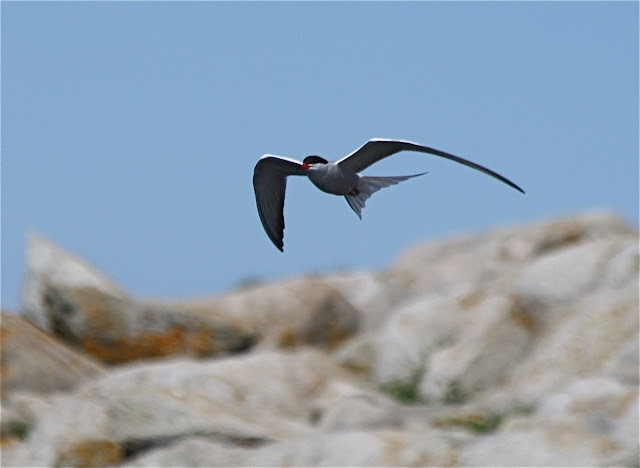 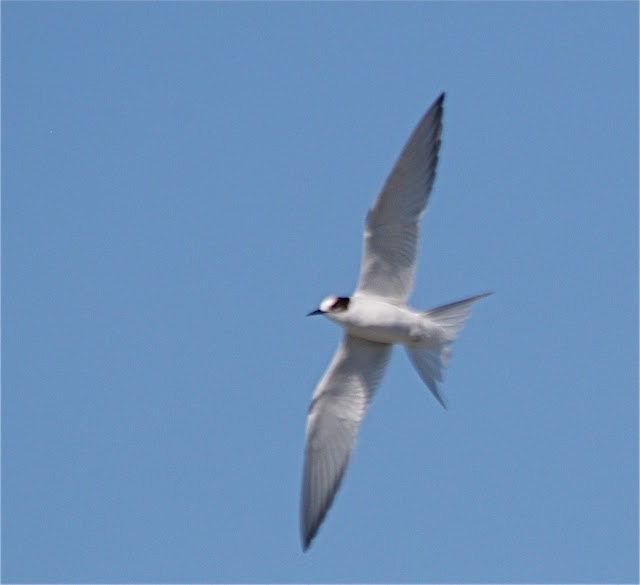 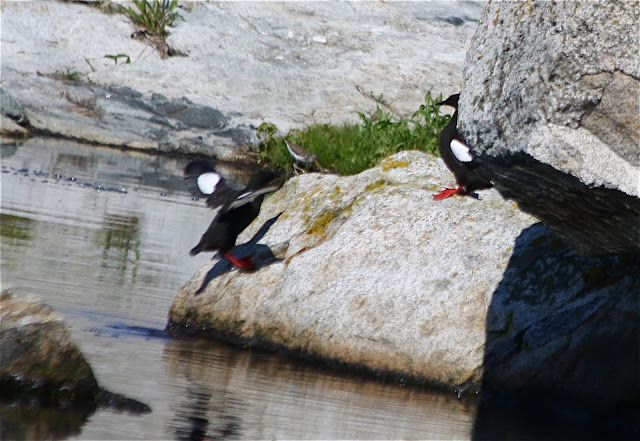 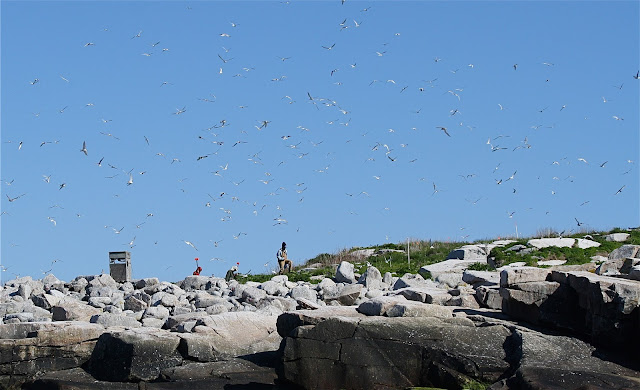 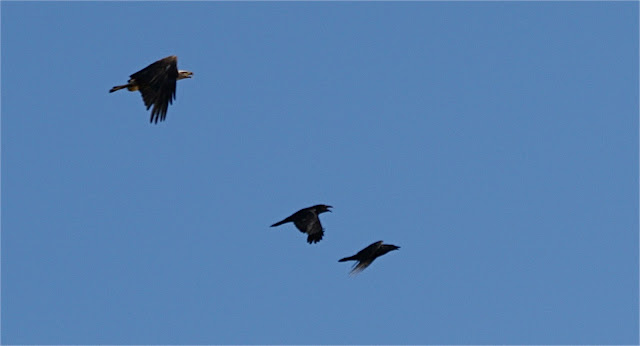 Ravens and eagle,  Otter Island, the ravens were escorting the eagle away from the vicinity of their young. 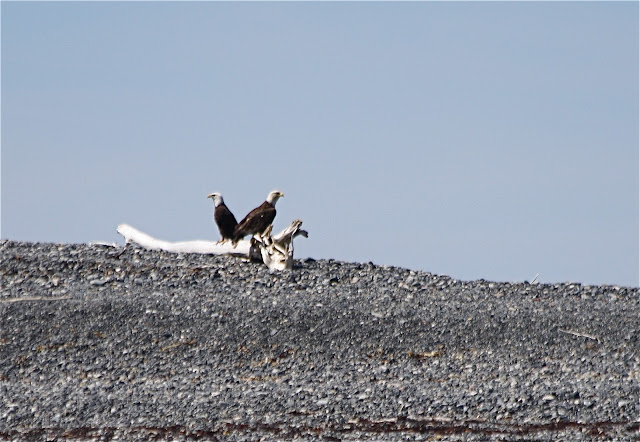 Once the Eider Ducklings start to hatch the eagles come to eat them, these two were on the beach at Brimstone.
Posted by john at 6:22 AM