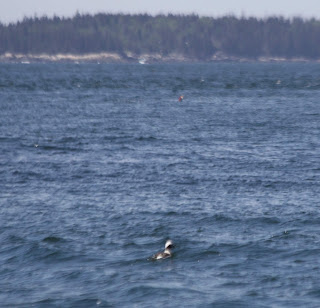 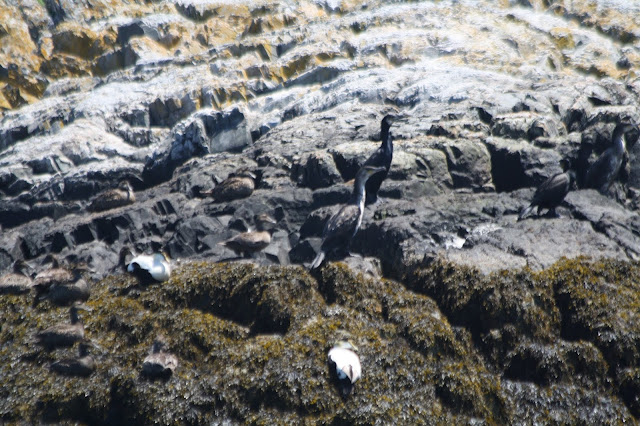 Adult and Immature Great Cormorants at Little Brimstone,
we saw the Harlequin again but I took no photo, an eagle scarred them off as we were approaching. 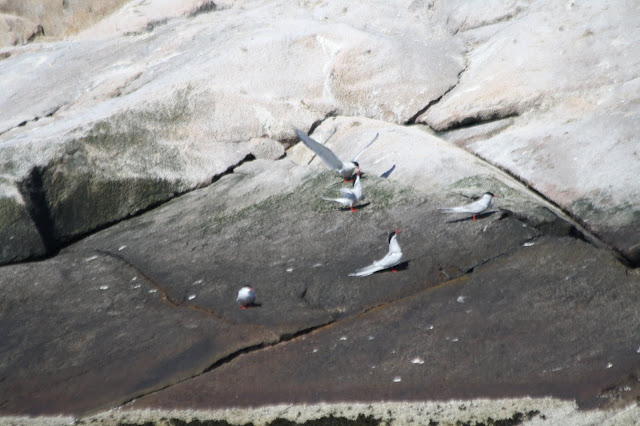 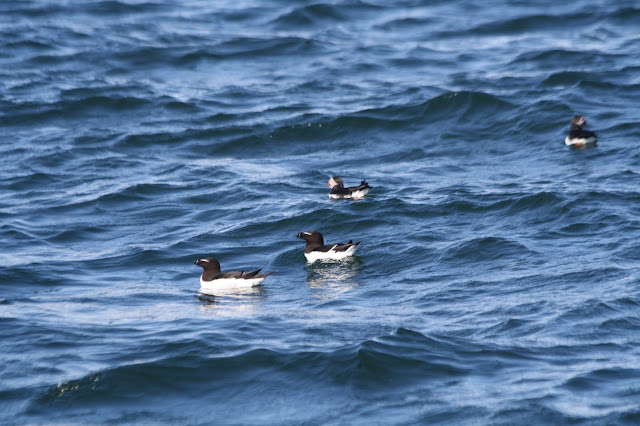 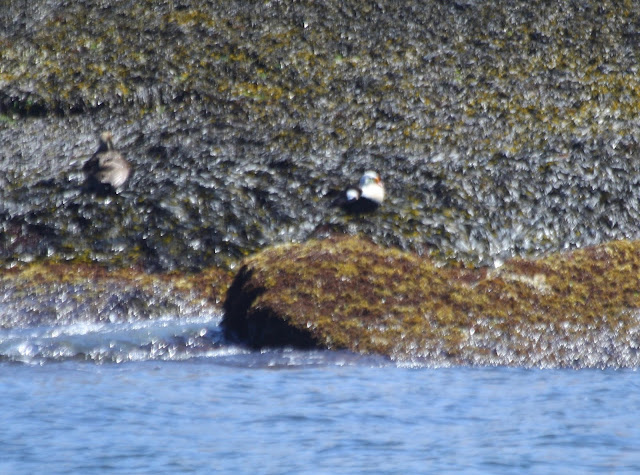 yet another bad photo of this King Eider at Seal Island. 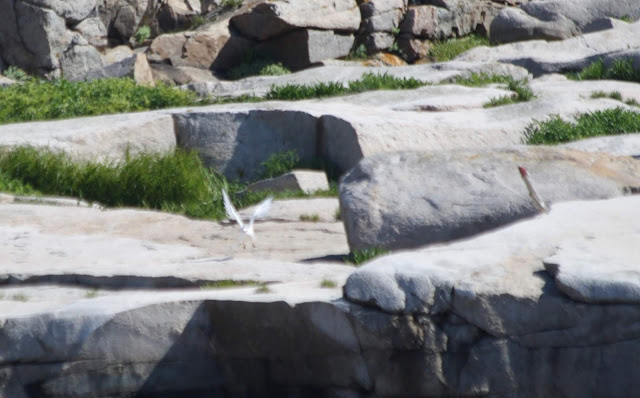 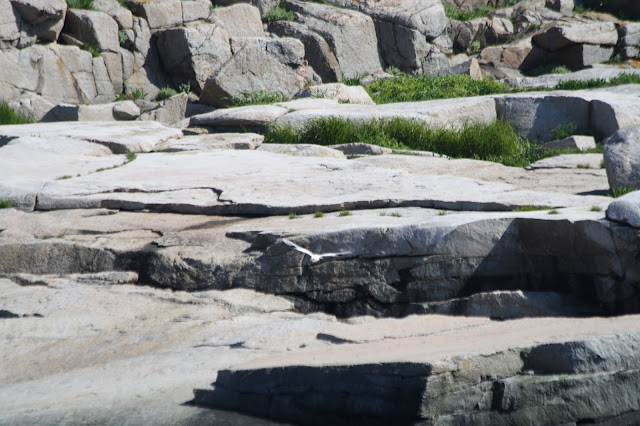 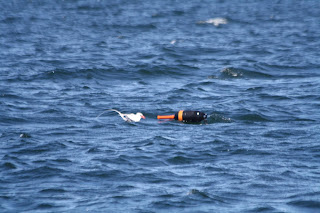 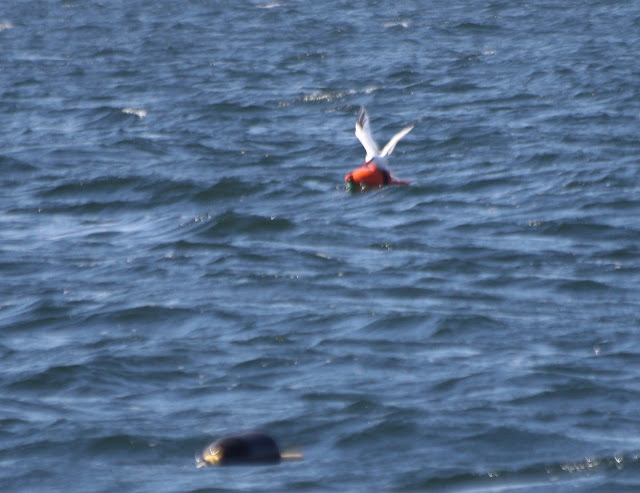 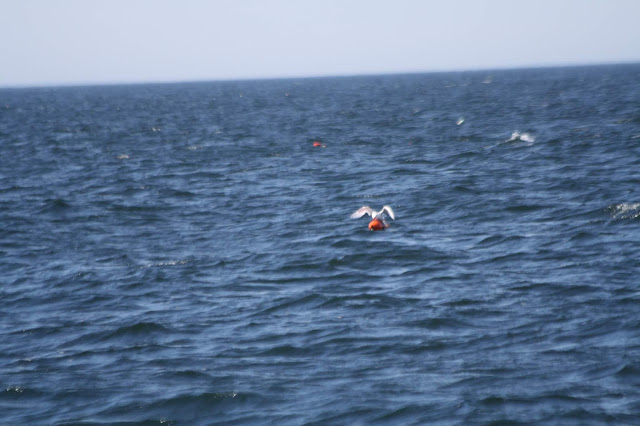 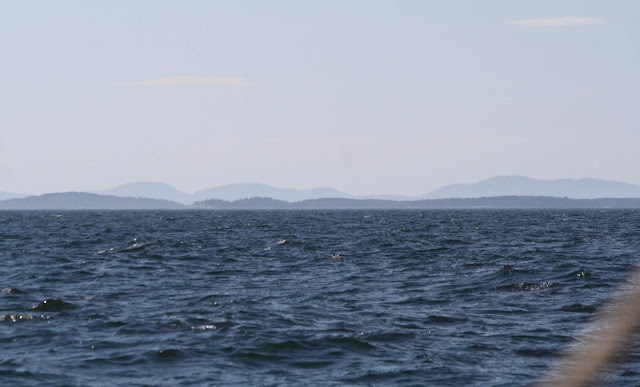 headed back up the bay, 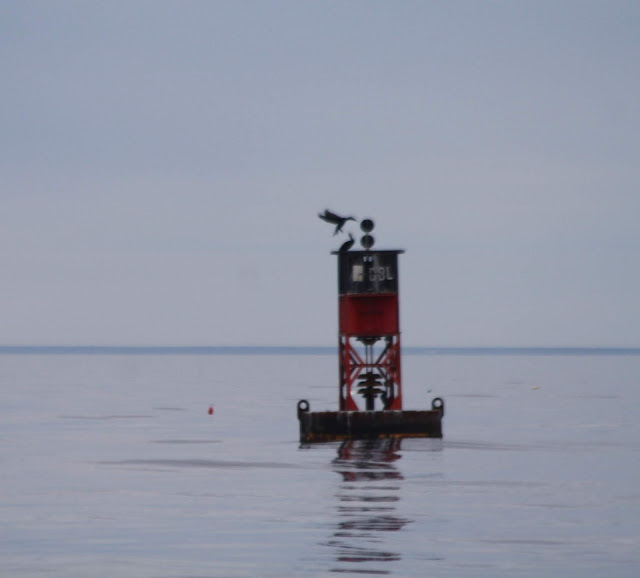 I saw my first Wilsons petrel of the year this day June 18, near Matinicus Rock,
there are scores of Murre at Matinicus rock a site at which they have recently established breeding. 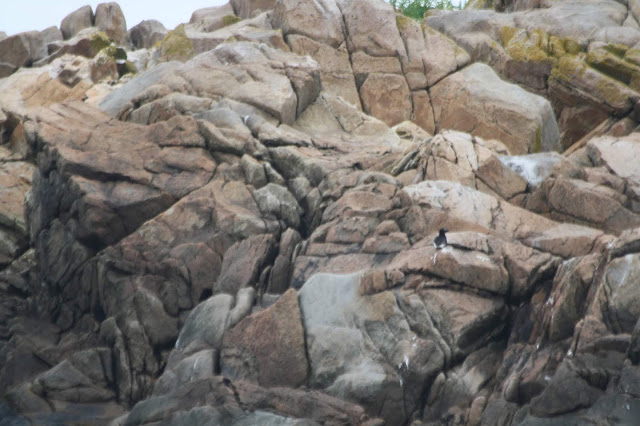 Here is one Razorbill roosting at Green Ledge Chriehaven,
I saw and adult Razorbill deliver a nice long sand lance to this site confirming long suspected breeding at this site.
It has become common to see razorbills in the bay and close to Vinalhaven, they are apparently more inclined to fish in shallower water than are Puffins who are seen much less often within a couple of miles of Vinalhaven or from the ferry to Rockland.
The team on Matinicus Rock saw a female King Eider, with in a day or two.
Posted by john at 7:49 AM