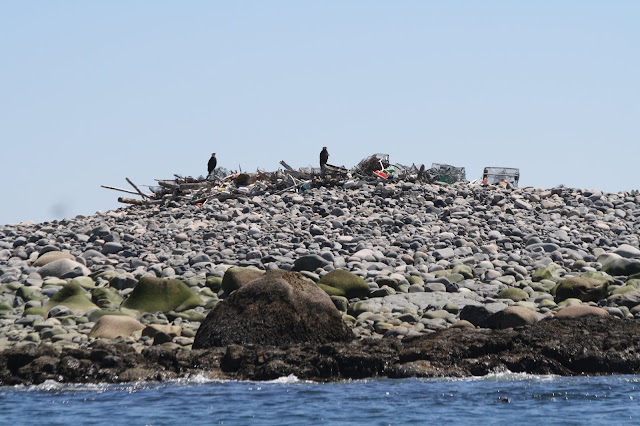 Eastern Cow Pen, crowned with debris and Ealges, sometimes Comm terns nest on this one, not this year 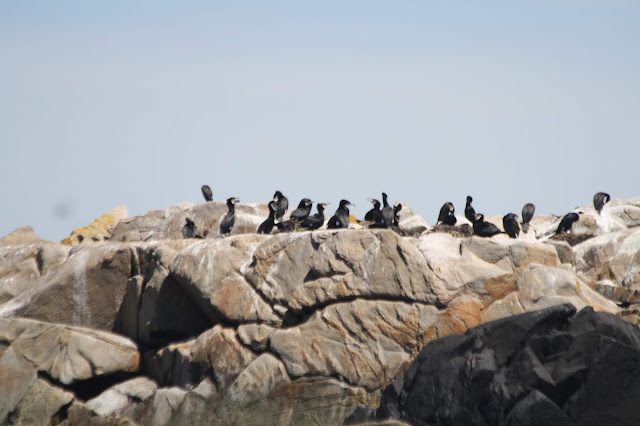 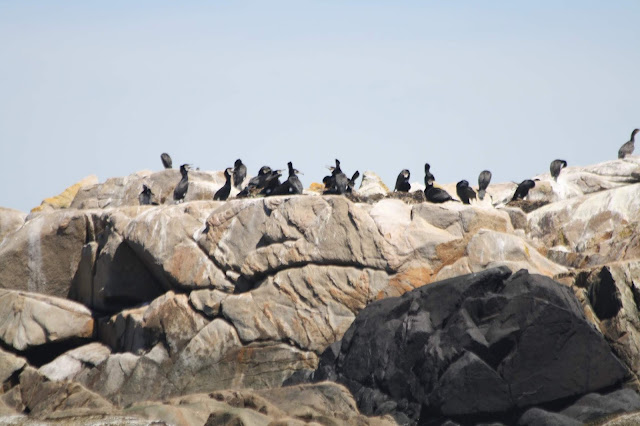 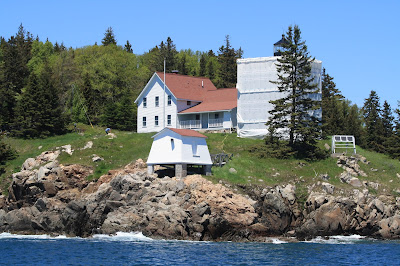 We found common terns nesting At Great Spoon, Dry Money Ledge and at Three Bush Is. 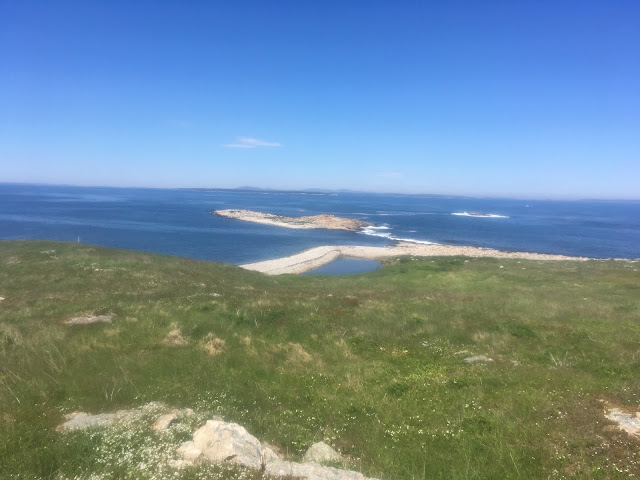 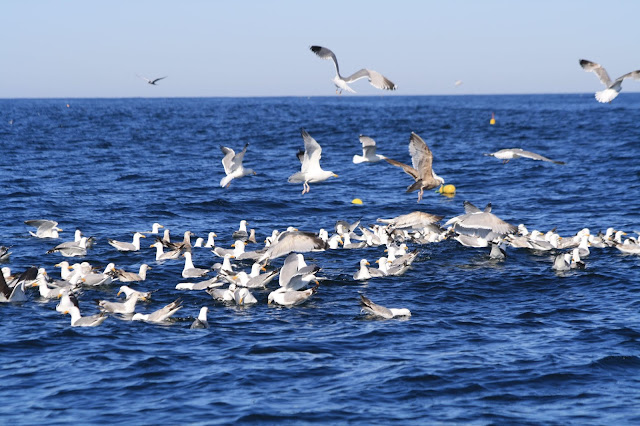 there was a mob of Gulls and terns near Seal Island 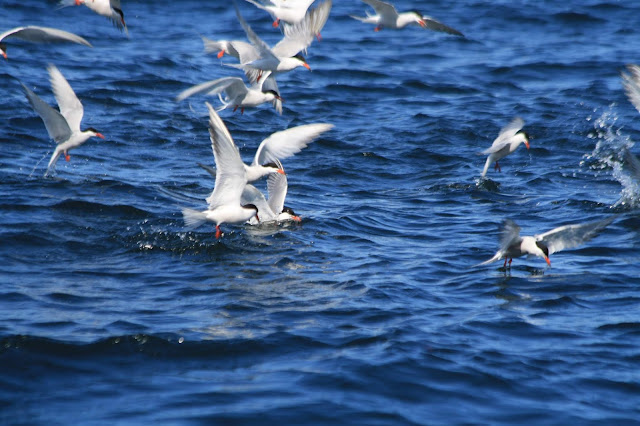 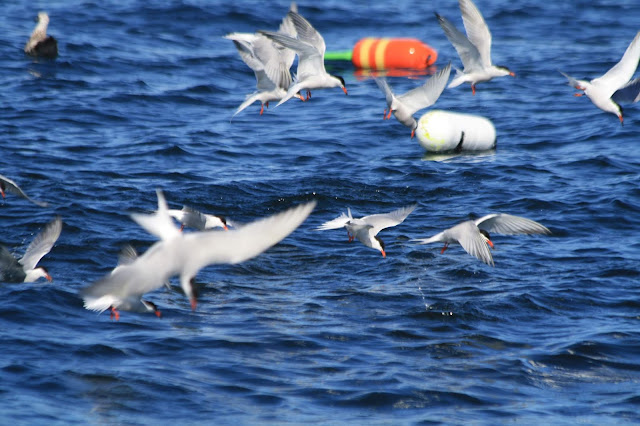 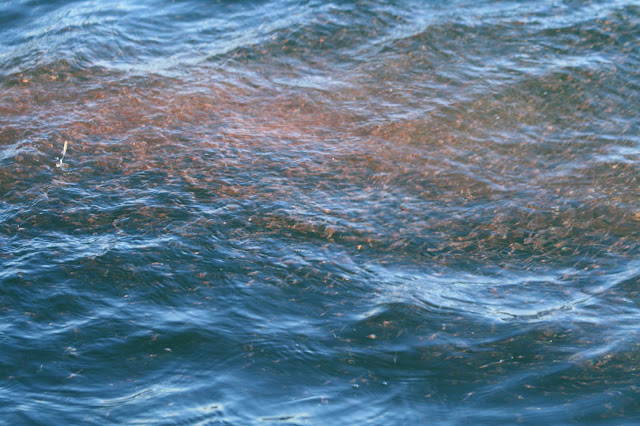 this is what they were feeding on 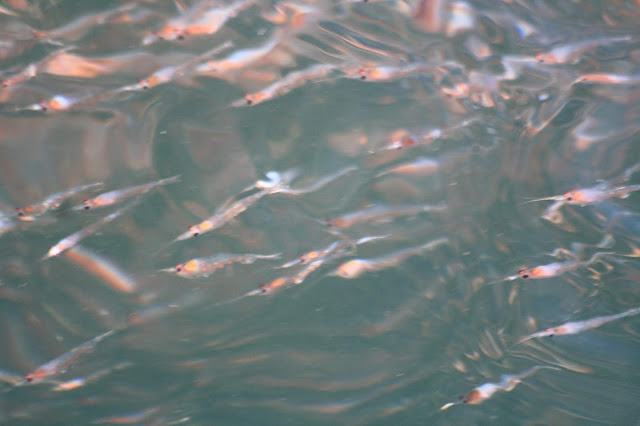 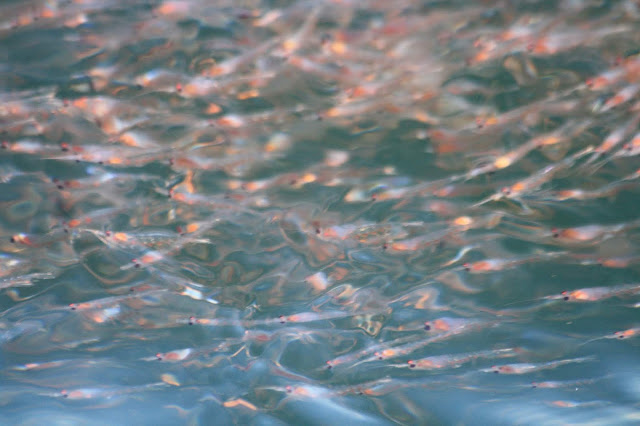 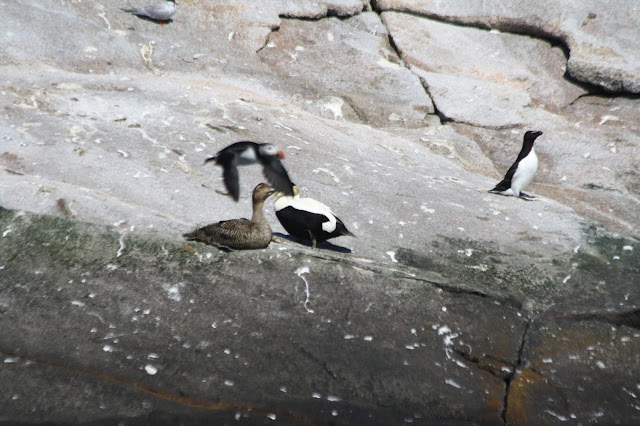 At Seal there are Puffin, Razorbills Eider 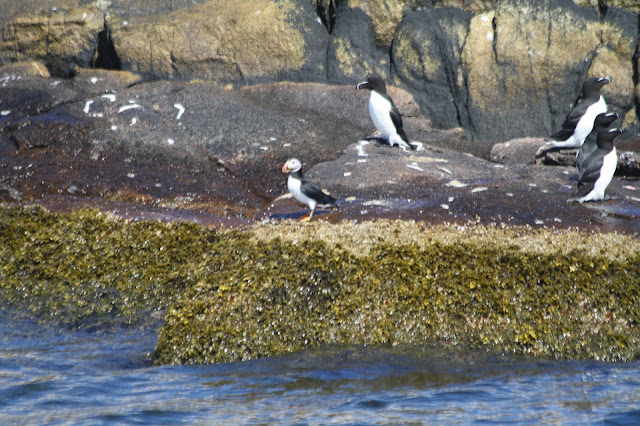 this day there were loads of Puffins ashore, all over the island. 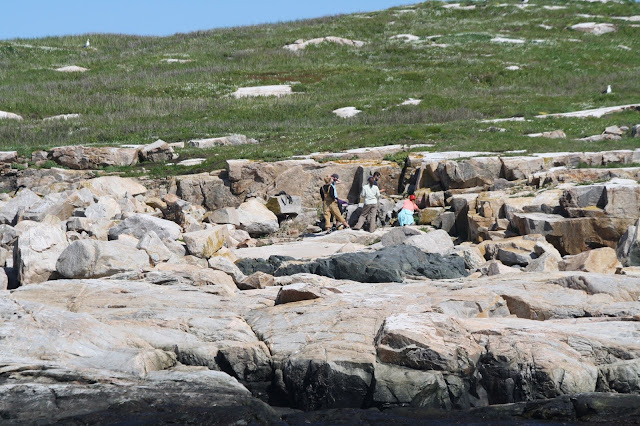 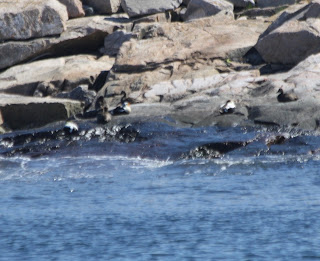 another less than half decent pic of the elegant Male King eider at Seal Island, rumor has it there is a Queen eider at Matinicus Rock June 17, 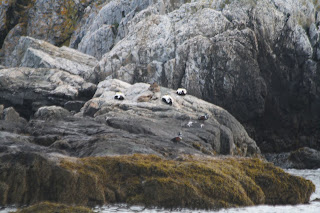 a couple of Male harlequin at Brimstone, they seem to have decided to forgo the trip to Labrador again. 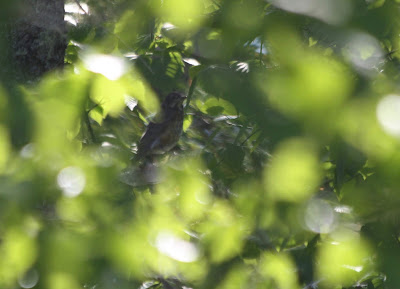 Fledgling robin on Green's Island
Posted by john at 5:56 AM