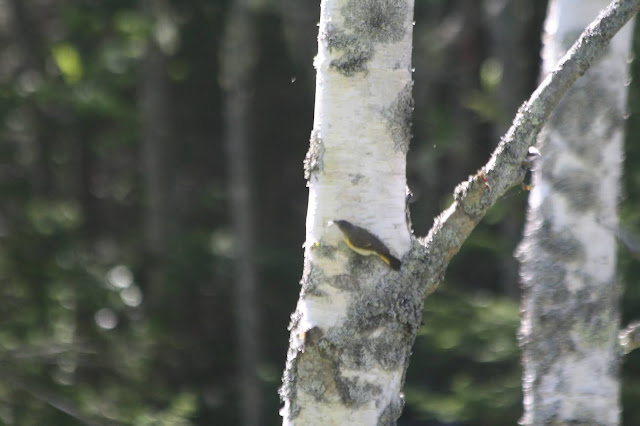 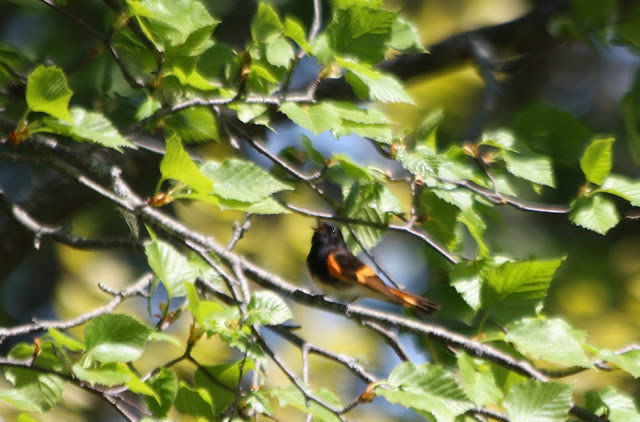 there were three males sining in the curtilage around our place
I followed her after she left the cinnamon fern and waited after I lost her, I followed again the next time she passed and she led me to her nest in a skinny Birch. 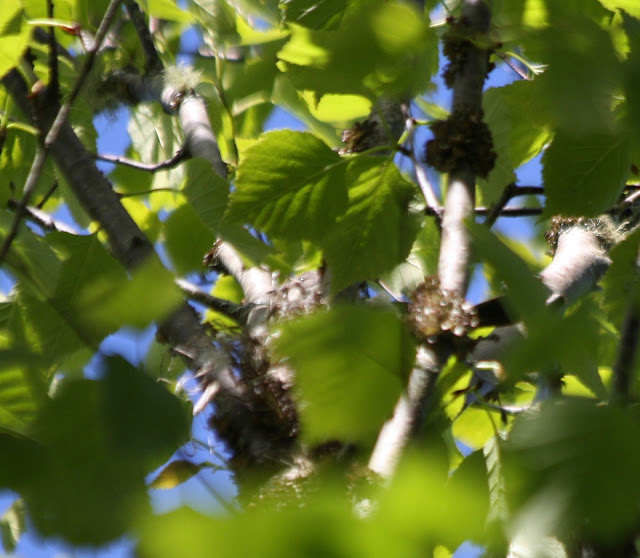 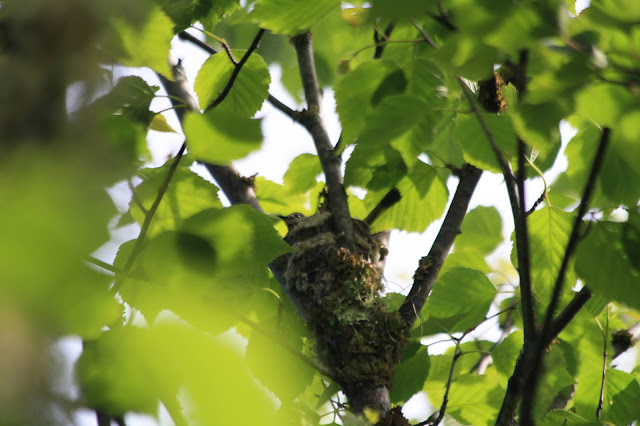 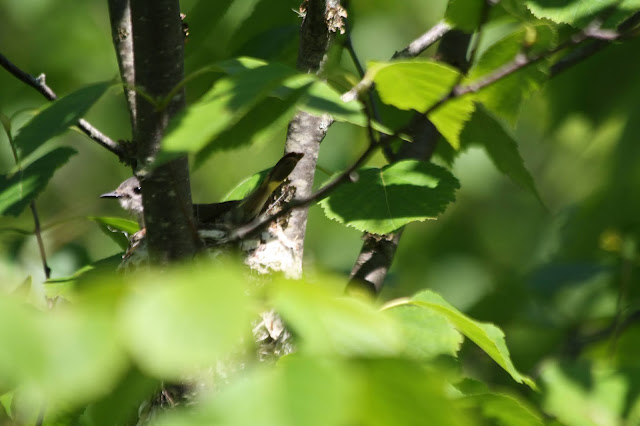 I scaled an adjacent spruce and got a good angle. 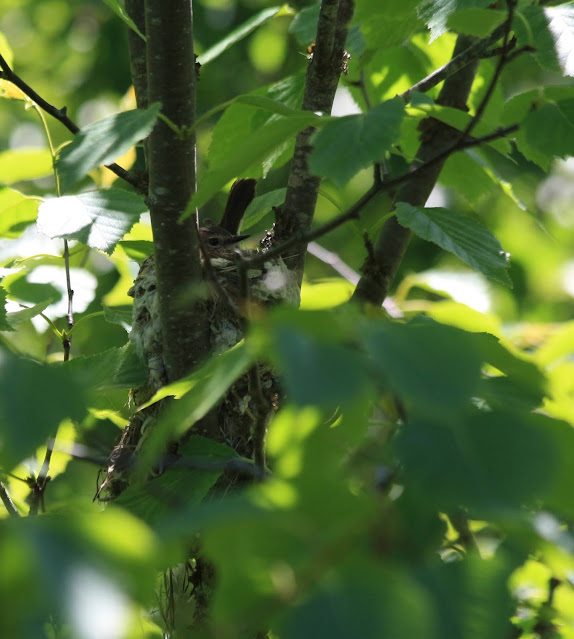 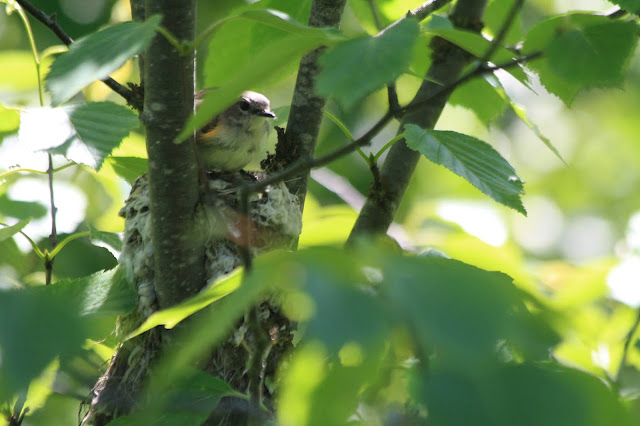 I leaned a ladder on the spruce to ease access 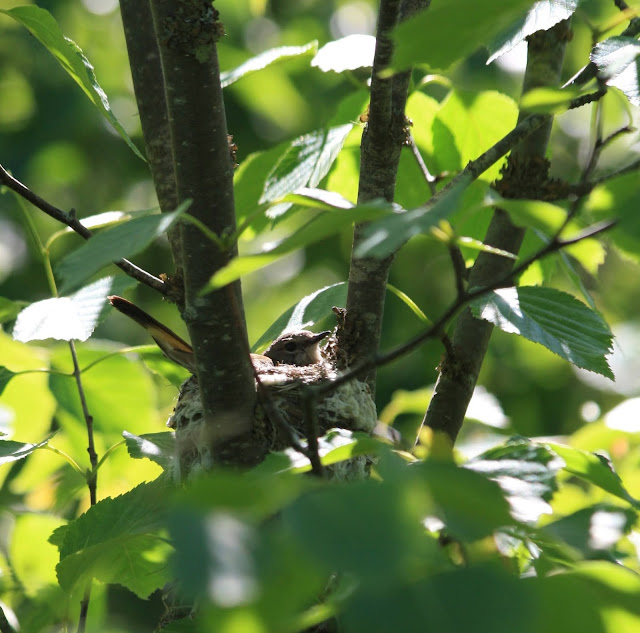 the males were singing constantly, there was considerable jousting.  I think I saw a neighboring male drive a female away when she crossed his line,
I also saw a Parula clear out when it noticed a pair of redstarts approaching near a waterhole they visited. 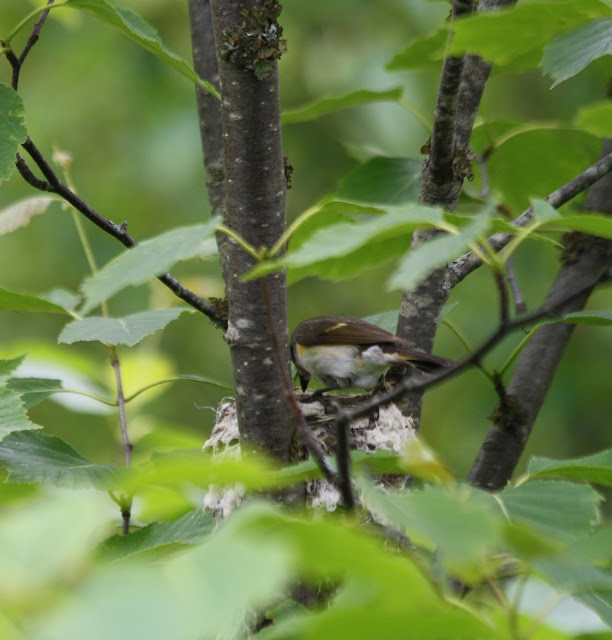 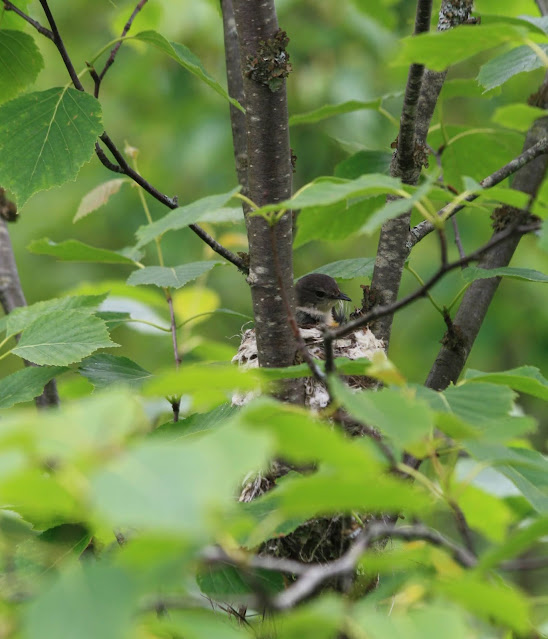 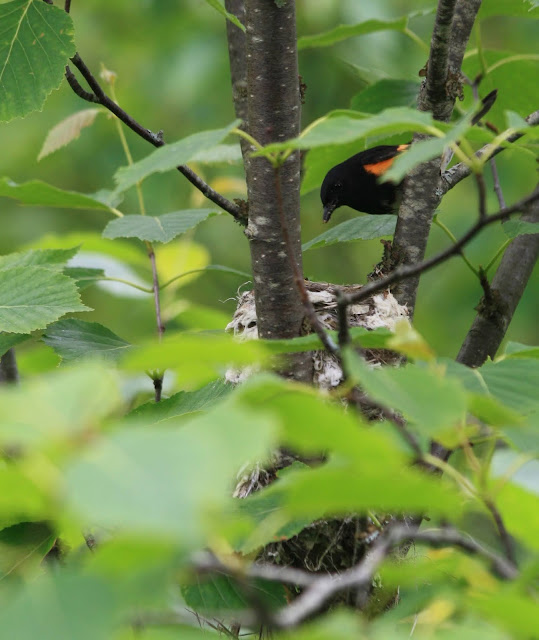 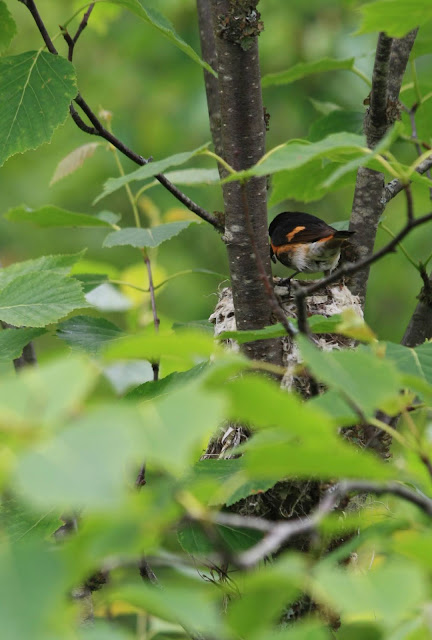 I read in Bent of observations of males passing feed to females the first day. 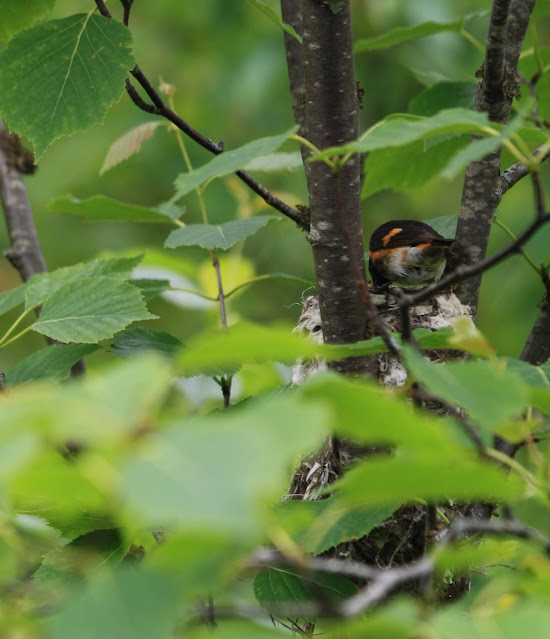 and after he seemed to try to feed, she was only gone one minute when she came back 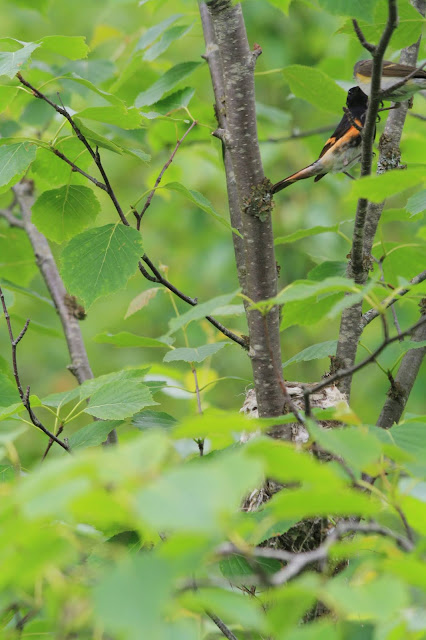 he passed her a bite 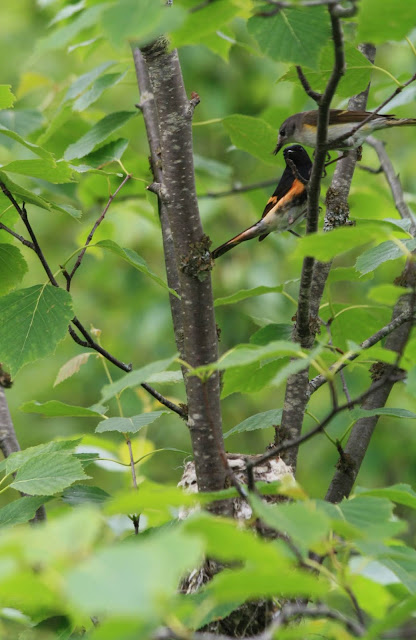 and she took it to the nest 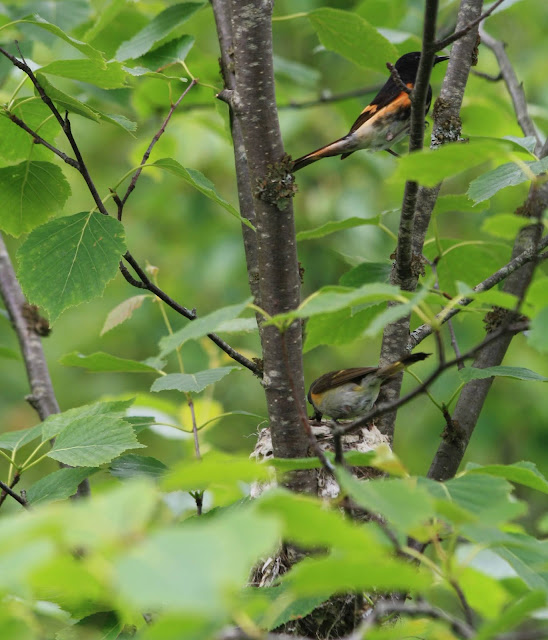 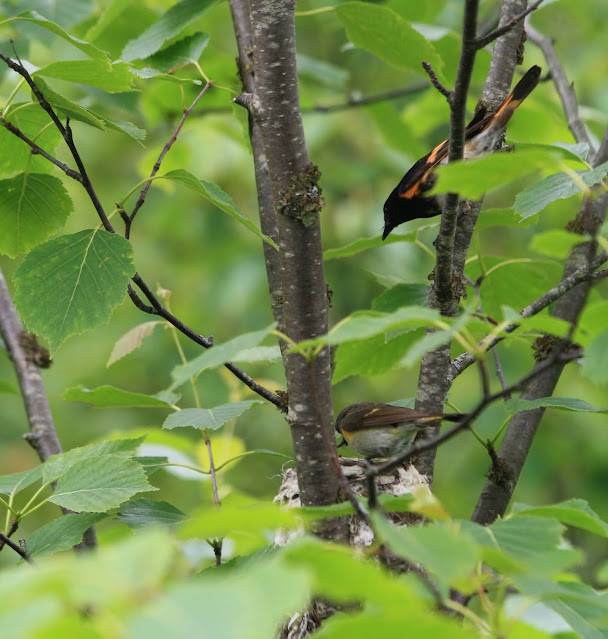 but he didn't just scoot, he lingered there and approached, and he looked over he shoulder 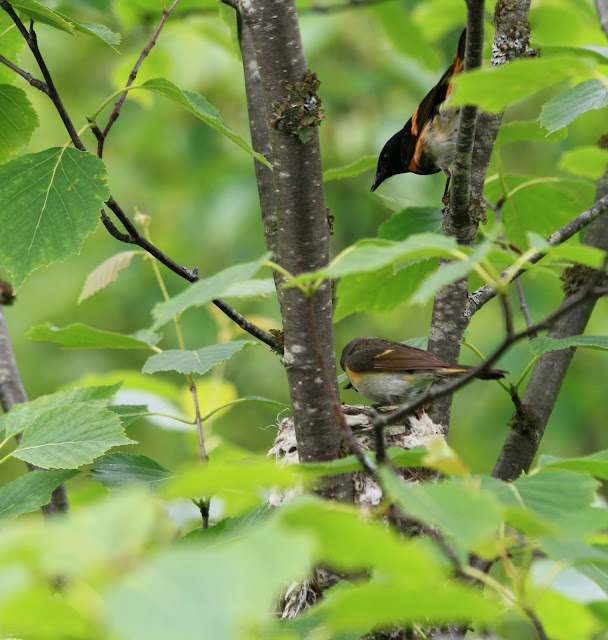 maybe he still had a little bite in his bill, or maybe he just wanted to gaze at the beautiful gapes. 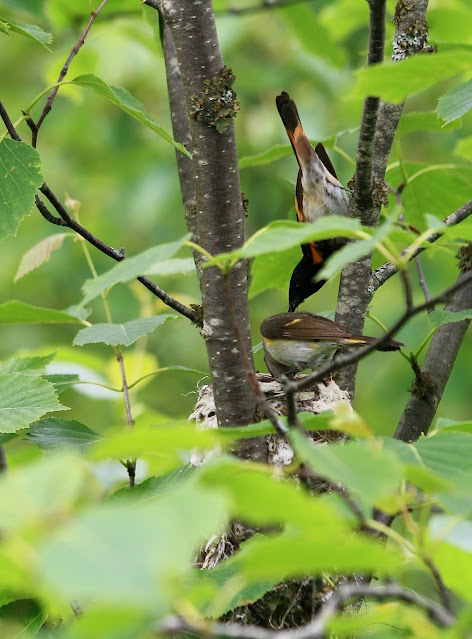 he got closer and leaned right in 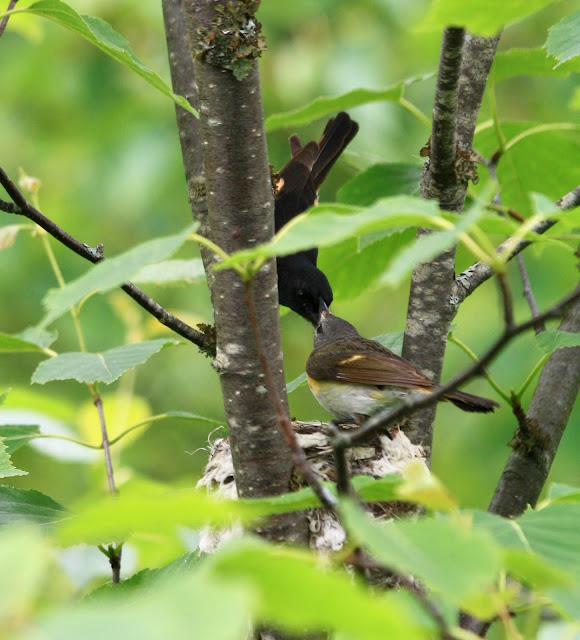 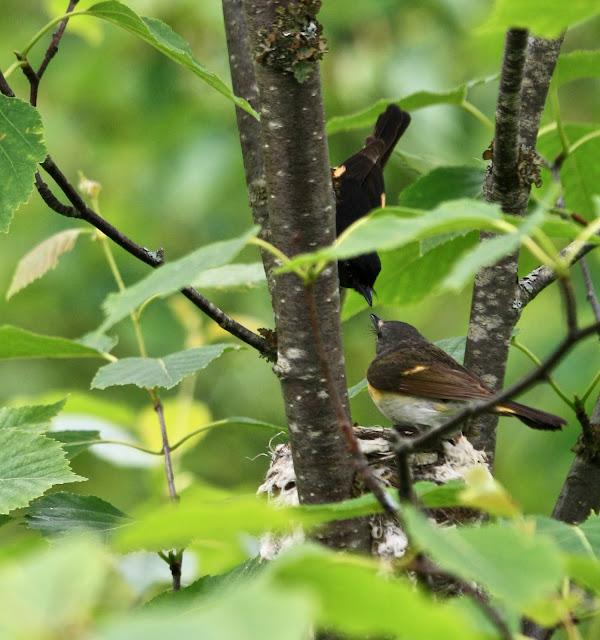 they looked at each other 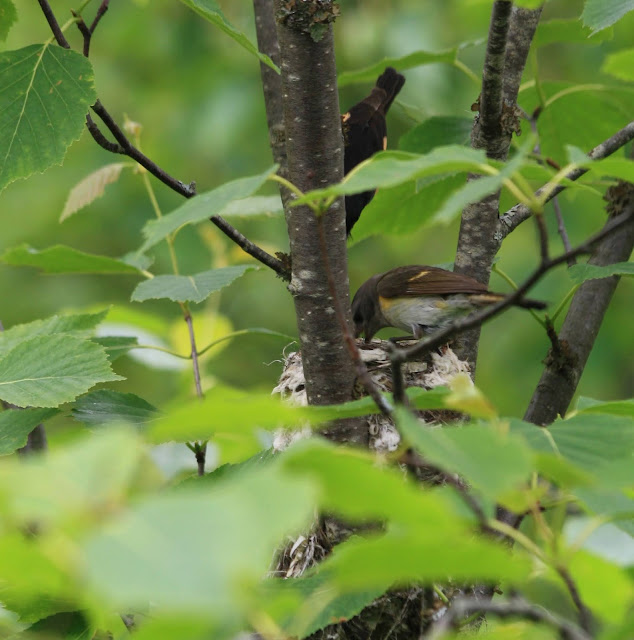 then she got back to work.