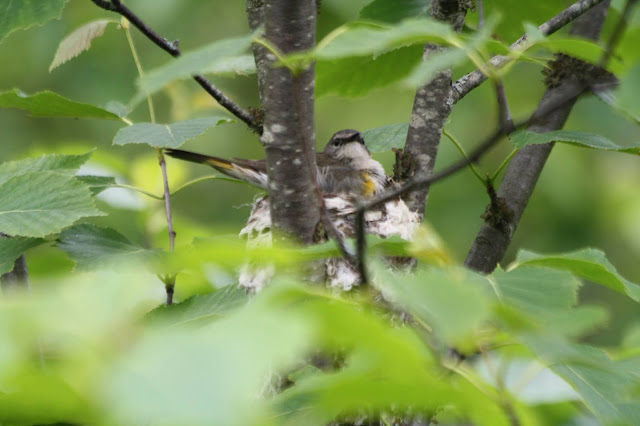 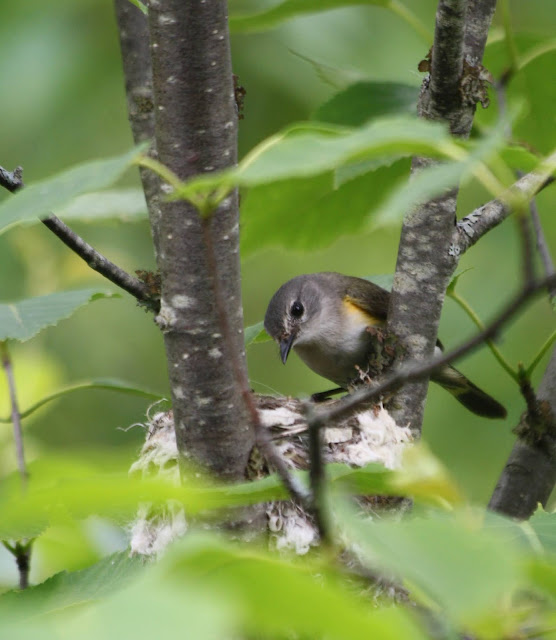 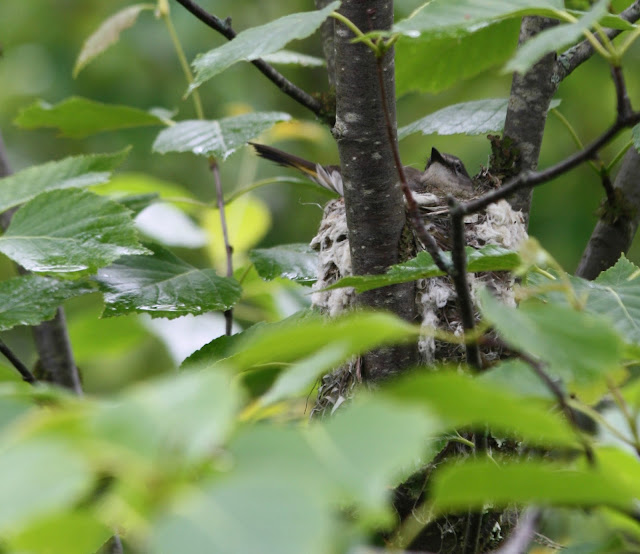 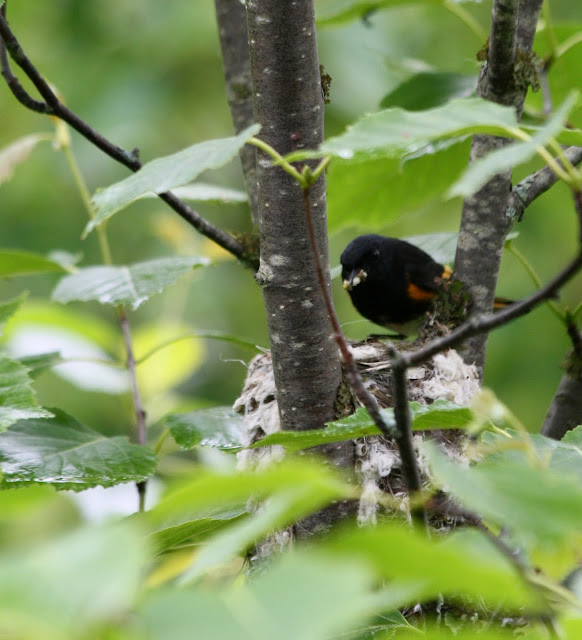 the Male was way more involved than was the male Parula, 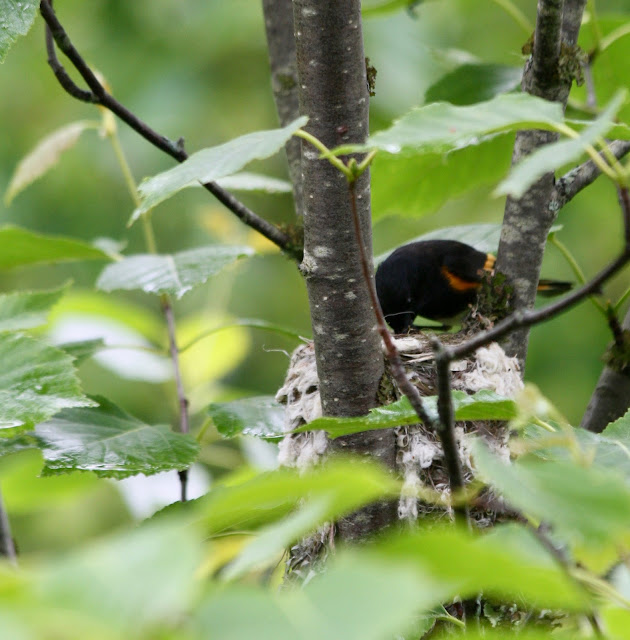 he did his share of foraging for the nestlings 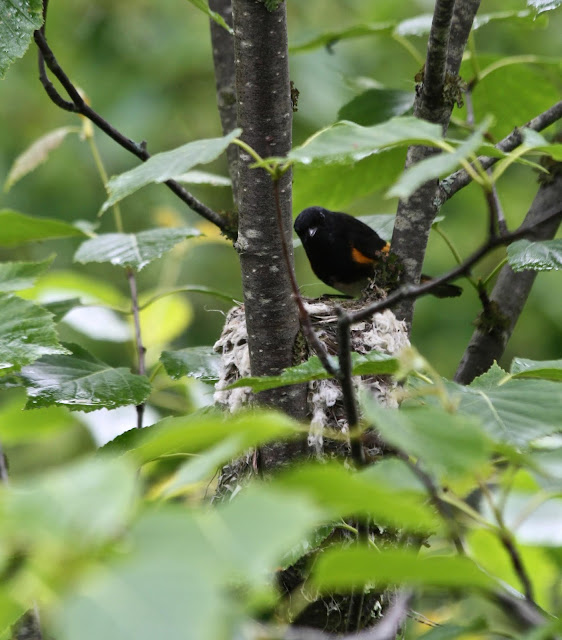 and after he fed them he would sit on the edge of the nest and wait. 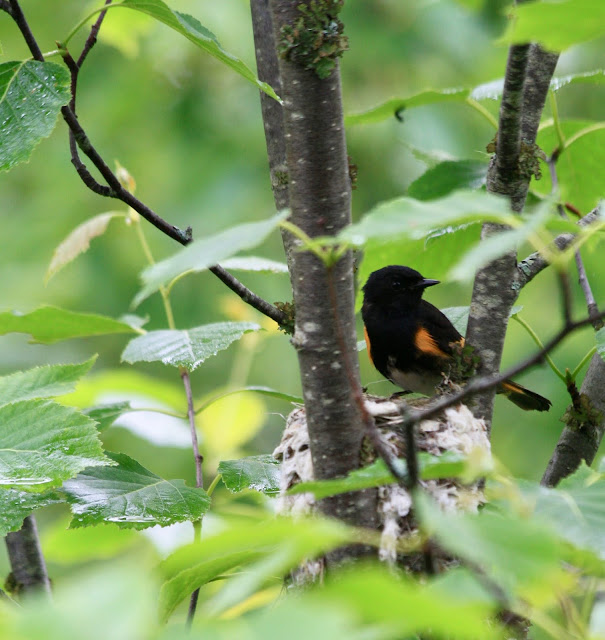 He would wait and Stand guard, until she came back 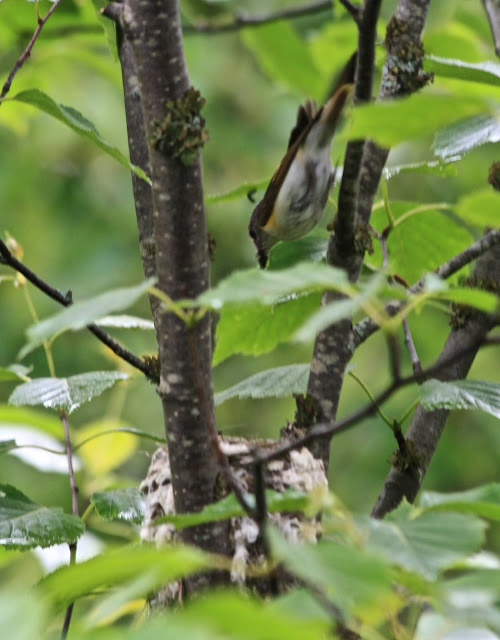 and off he went 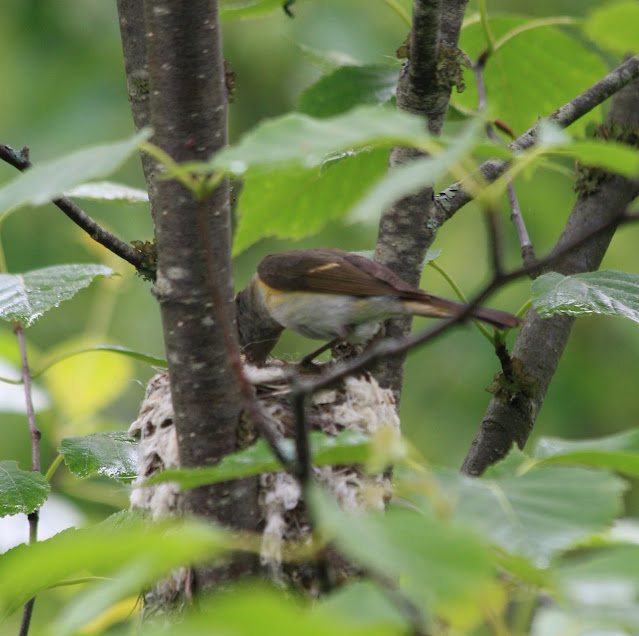 she would feed them 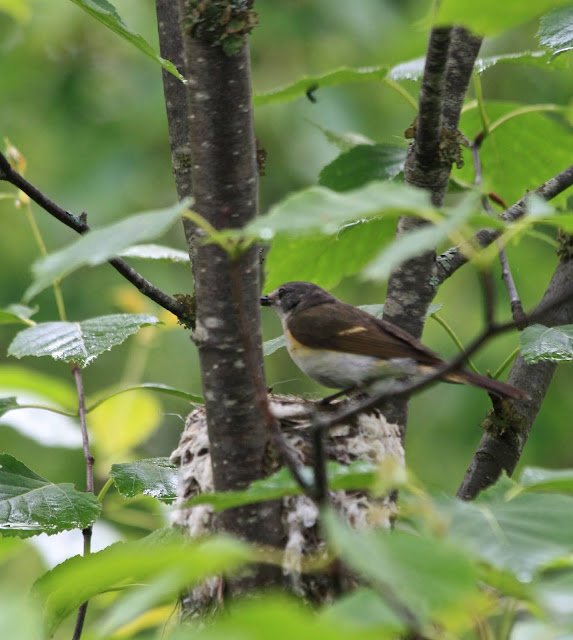 and sometimes leave, without brooding the chicks 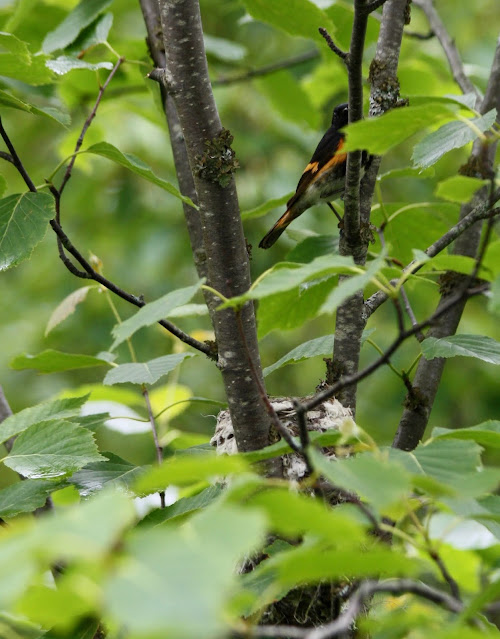 sometimes after feeding he waited just above the nest 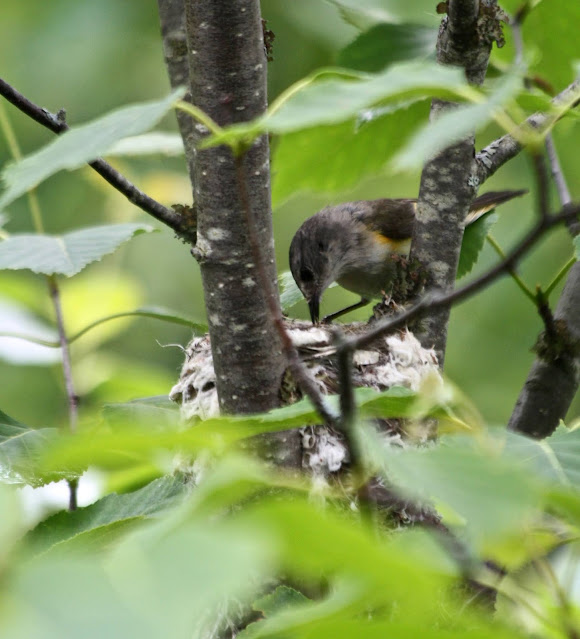 he would hear her getting close and move off 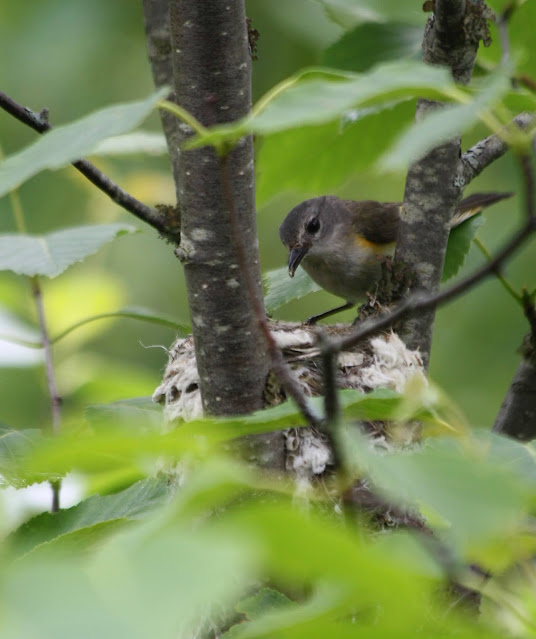 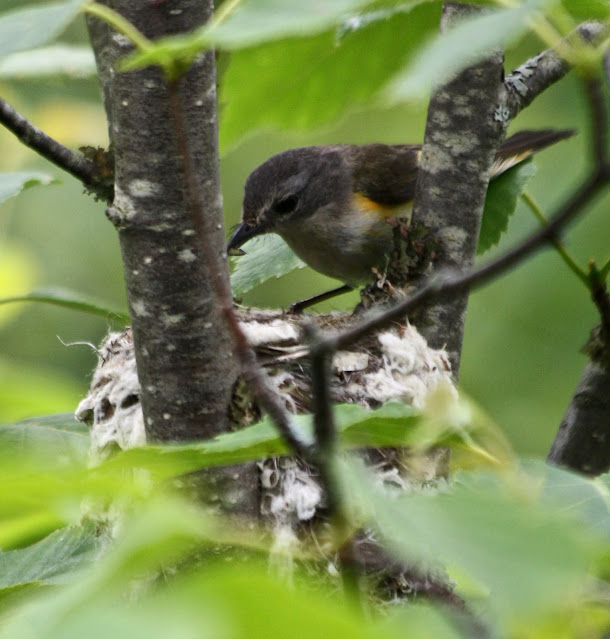 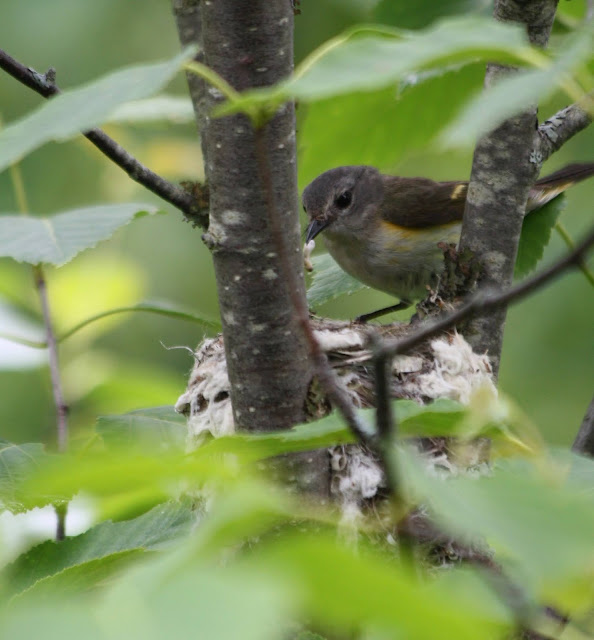 removing fecal sac, I think, maybe its a white worm. 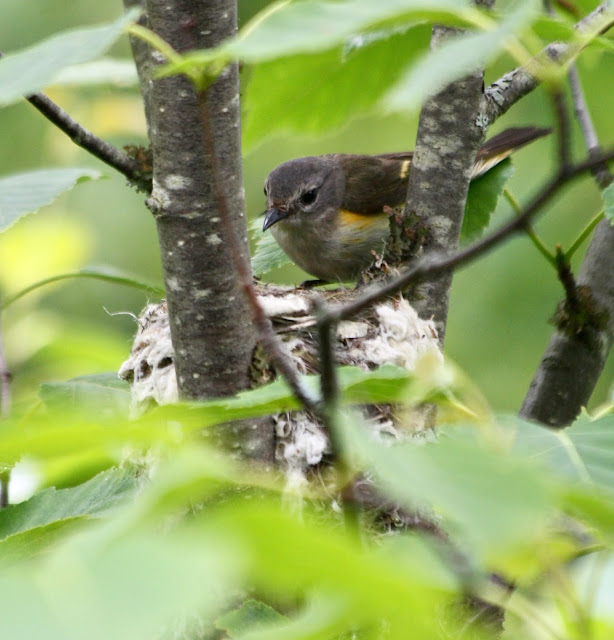 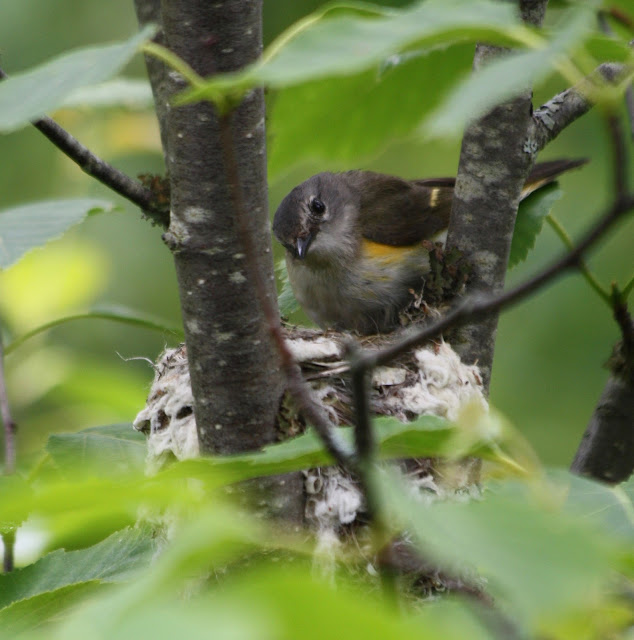 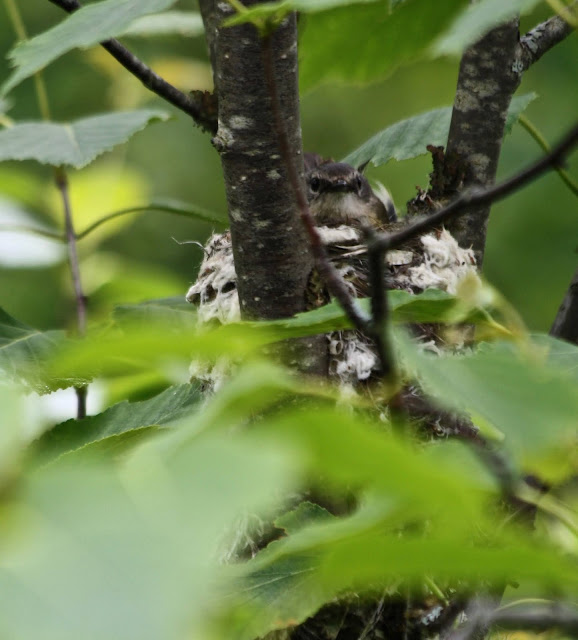 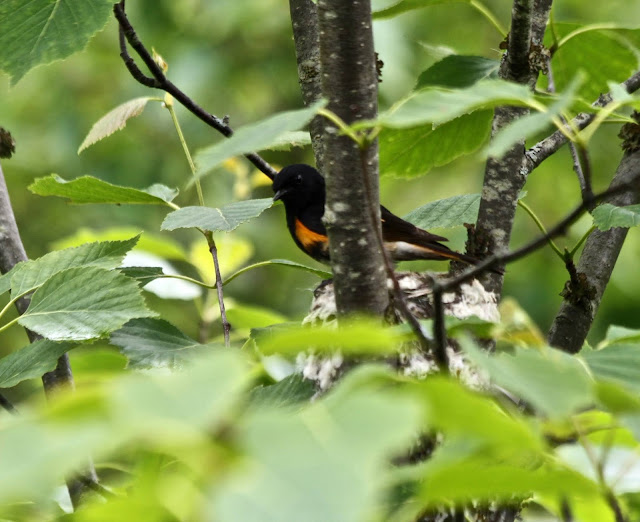 I did not see the male brood 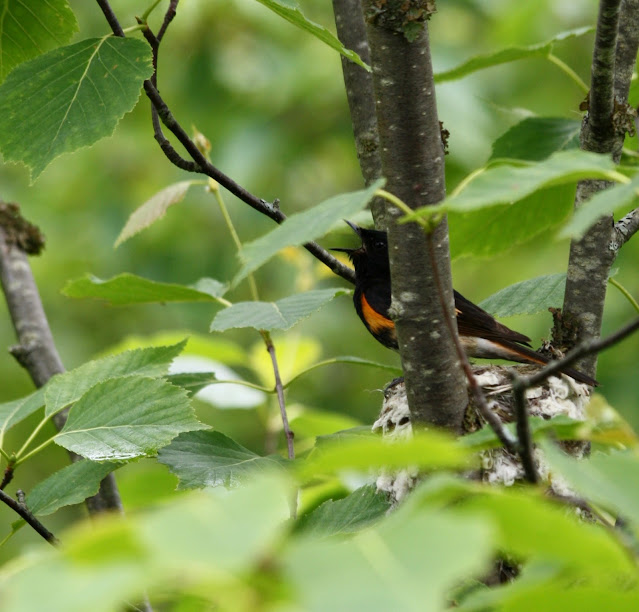 He did sing from the nest,  I could hear two other males sining nearby so I guess he felt he had to maintain his sonic presence. 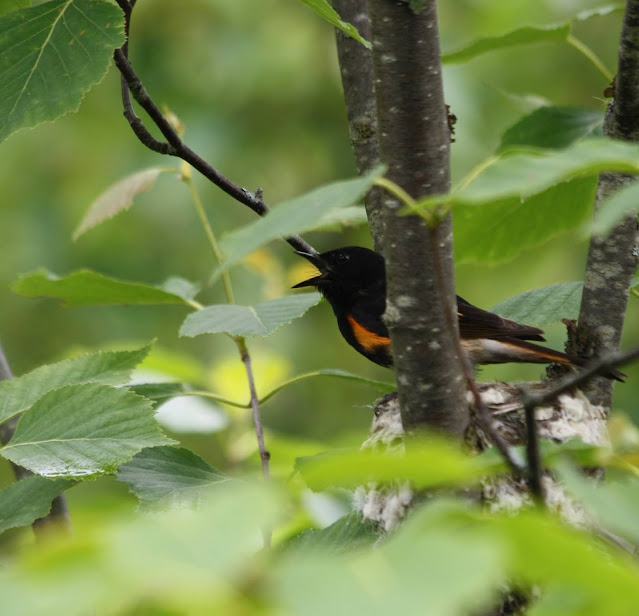