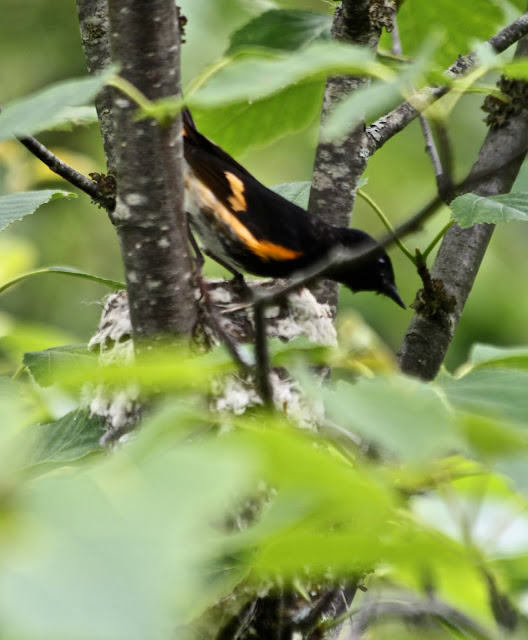 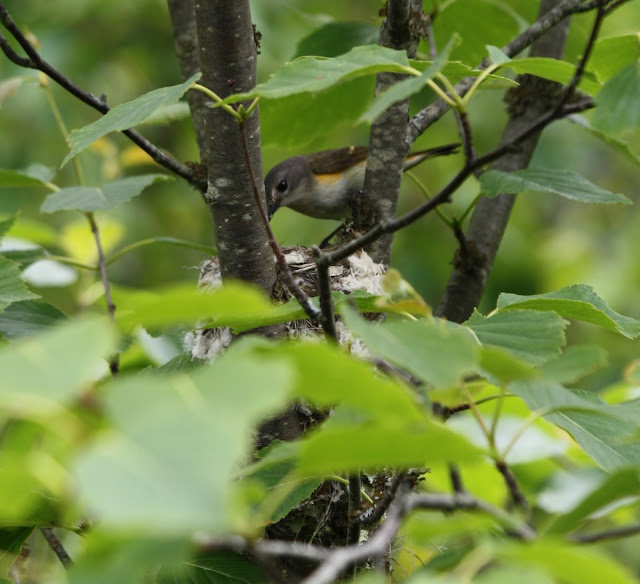 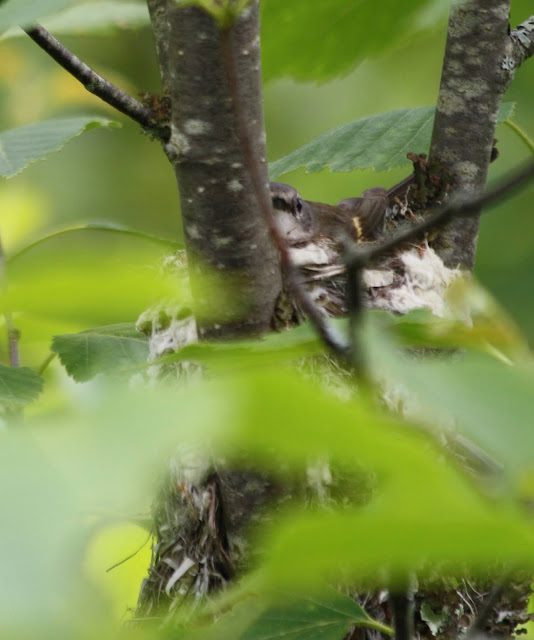 She settles in to brood 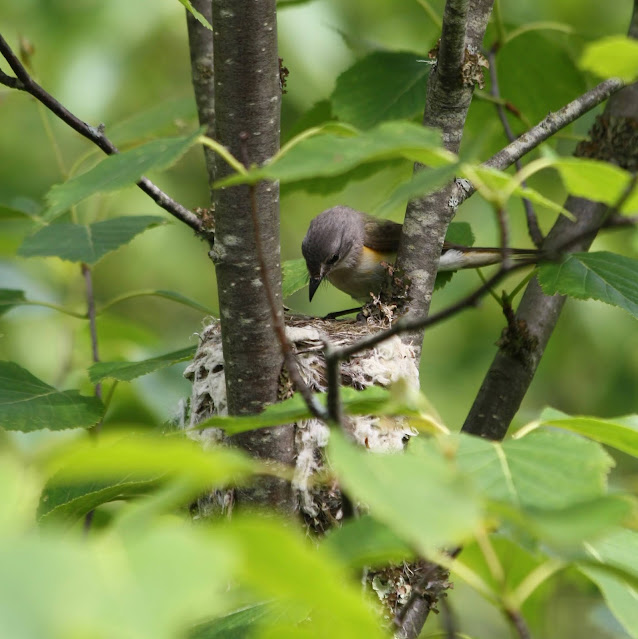 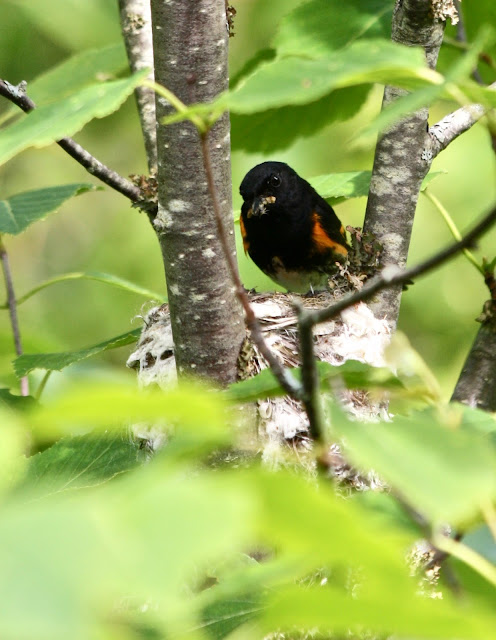 the male has a bite to feed the chicks 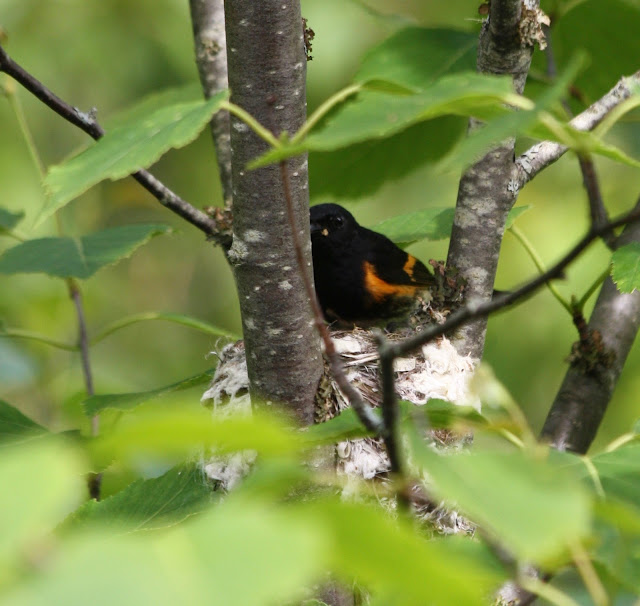 close but he doesn't settle in 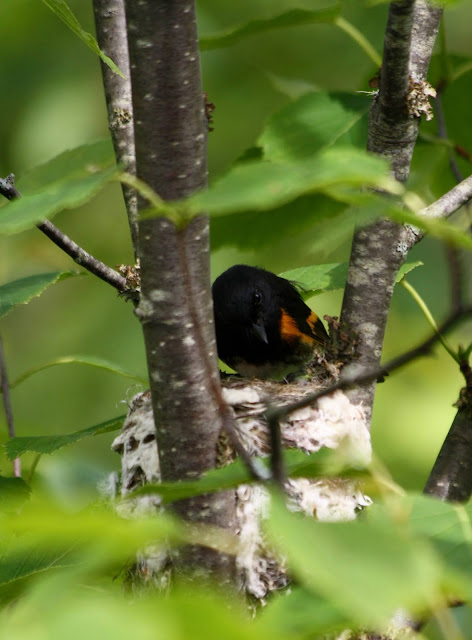 he's looking them over 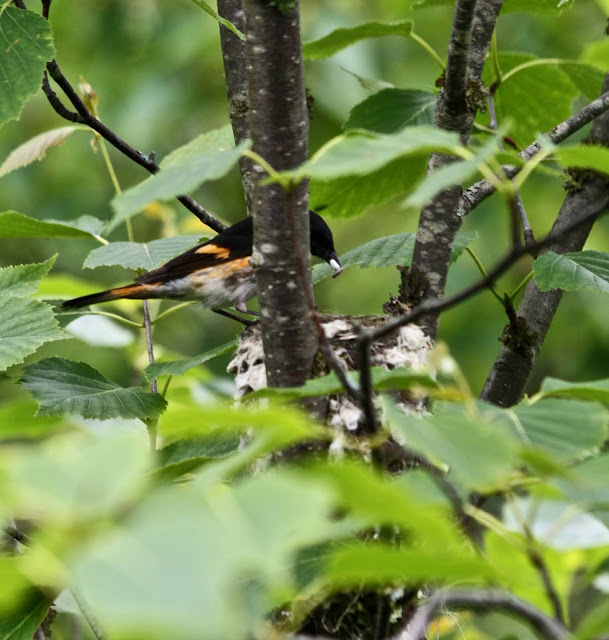 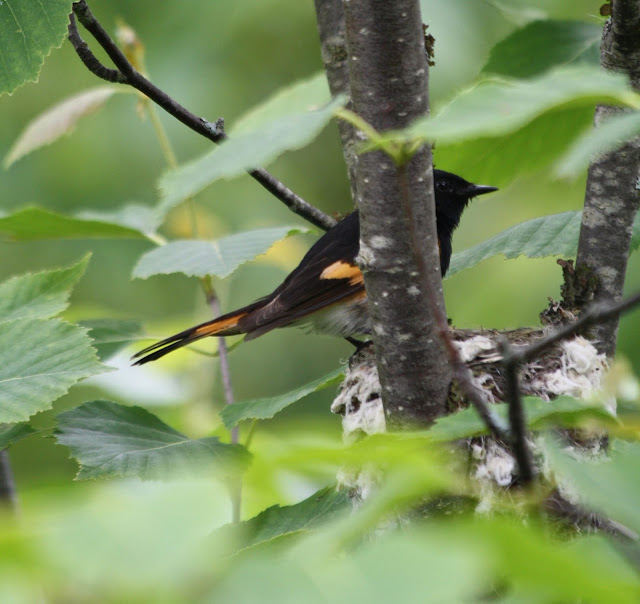 I wonder where he spends the winter. 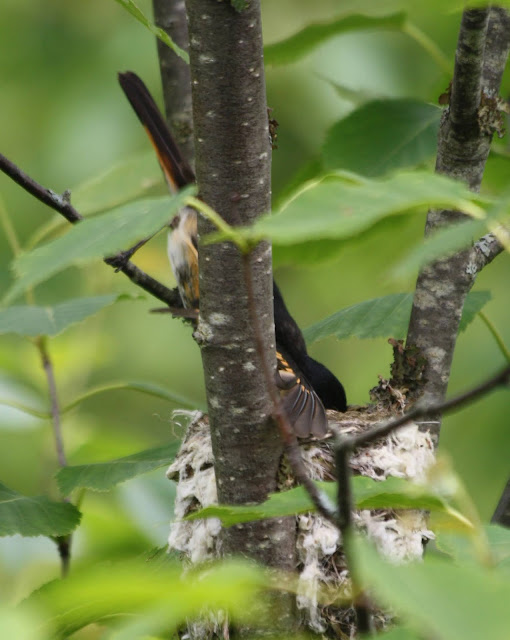 he was leaning at full stretch in eagerness to feed and lost balance and had to extend wing to avoid full nest face, mostly 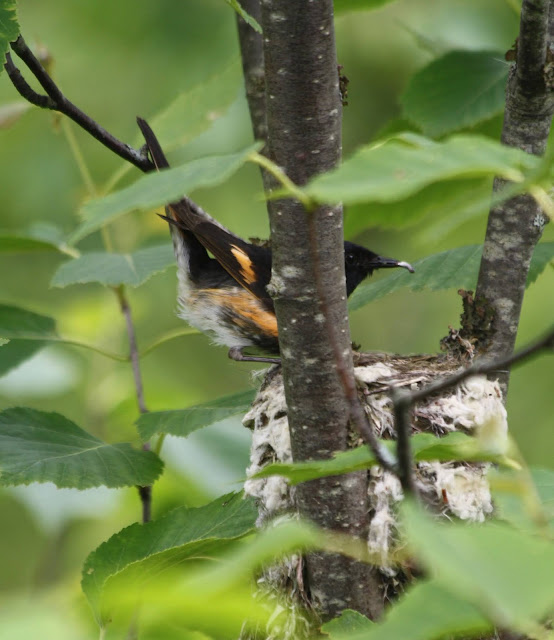 I think this fecal sac removal and I think I saw one of these parents at least just consuming the sac. 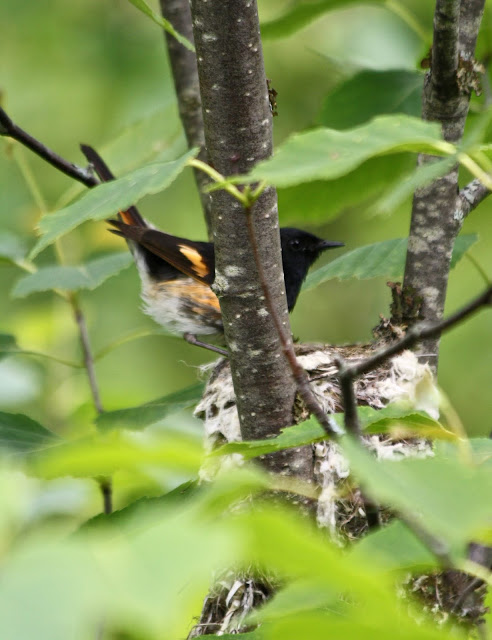 still had the tail stuffed in at auk ward angle 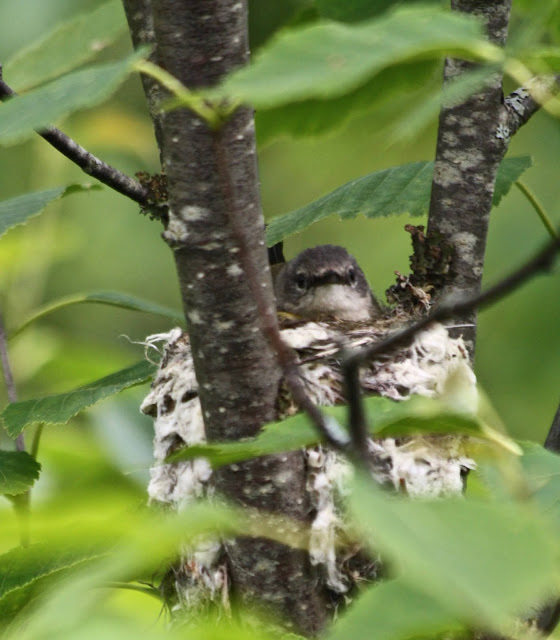 I guess the white is fine strands of Birch bark 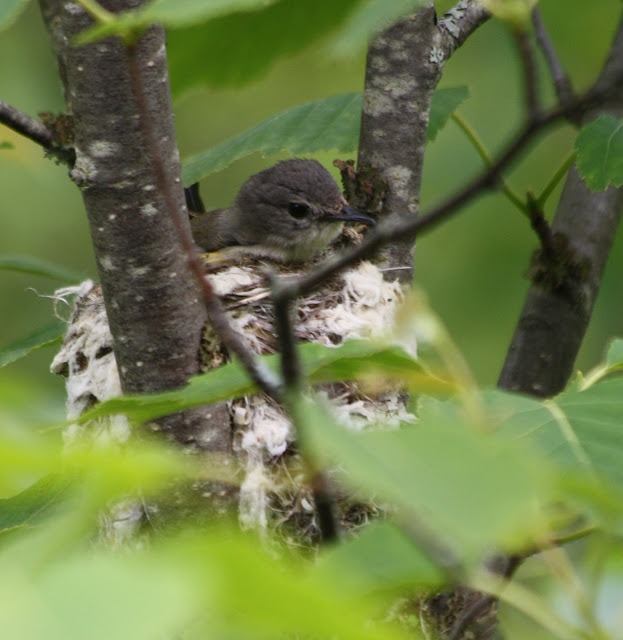 She was alert to something 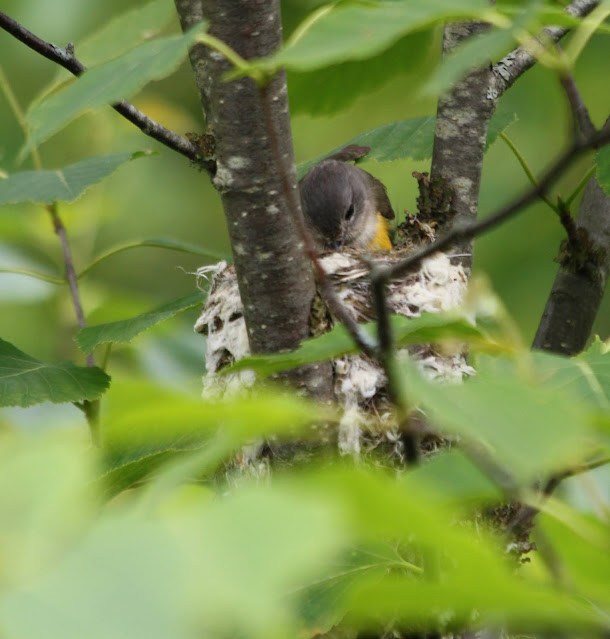 females settles in to brood 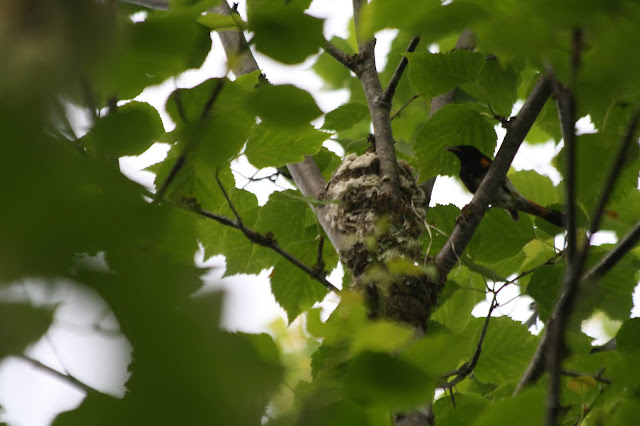 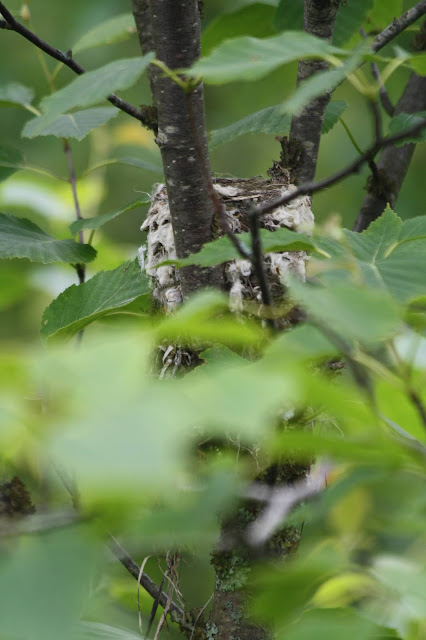 June 24, 3:49
I came back in the afternoon, I could tell the redstarts were upset, they were scolding franticly for a while 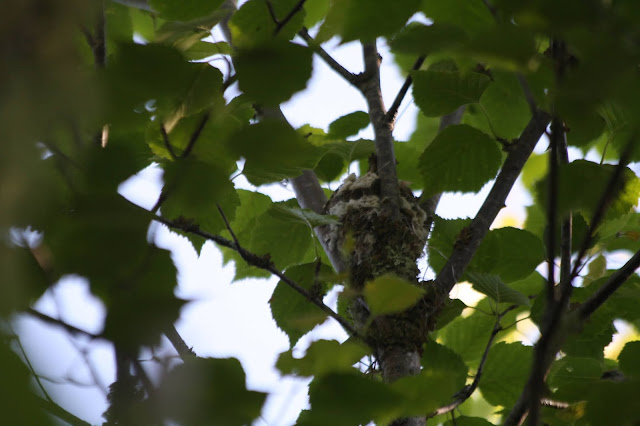 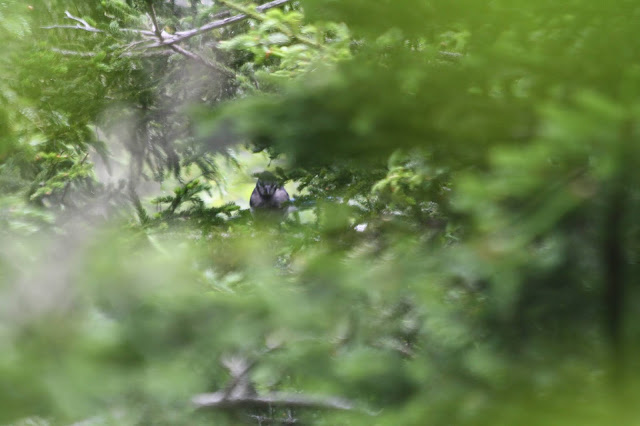 This jay was stealthing around or trying to,
Maybe I was just sensitive as I thought that a jay had consumed this redstart nest and I myself had spent some time looking for warbler nests, but  I watched a jay snooping around in the spruce birch woods full of warblers in late June and suspected it was hunting warbler nests itself,  this did not leave me with a benevolent feeling towards jays, though I do love jays.
Thirty five years ago I planted oaks on Green's now the Bluejays harvest the acorns, maybe the oaks were not a great idea as they help sustain these warbler nestling eaters.