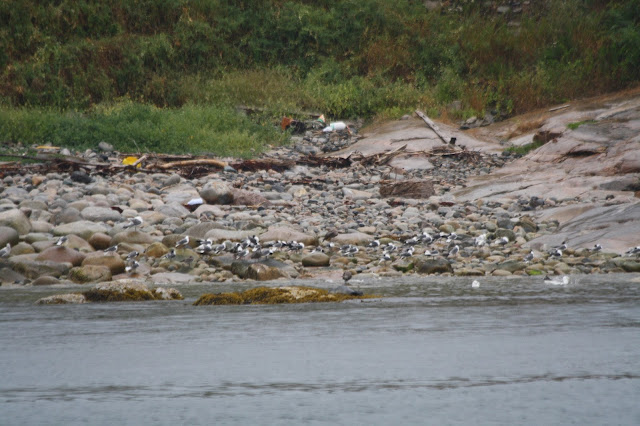 A gang of Laughing gulls roosting in the western bite of Seal Island. 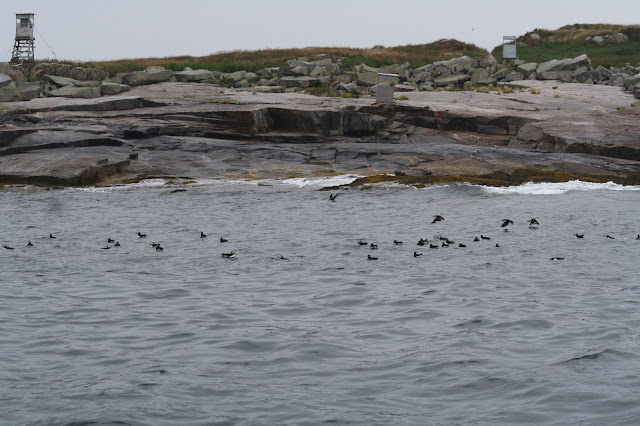 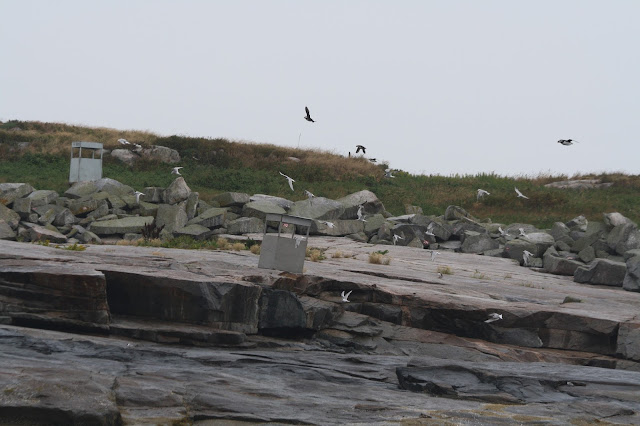 a couple of the blinds observers use on the island. 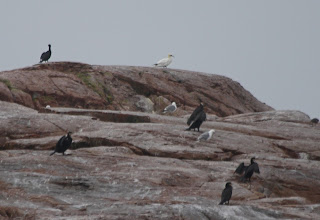 there was a gannet roosting on the SW corner, 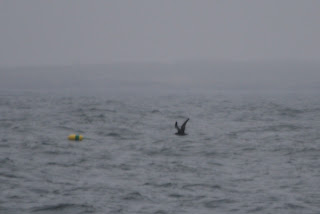 I include this poor photo of a sooty shearwater because its the only one I got. 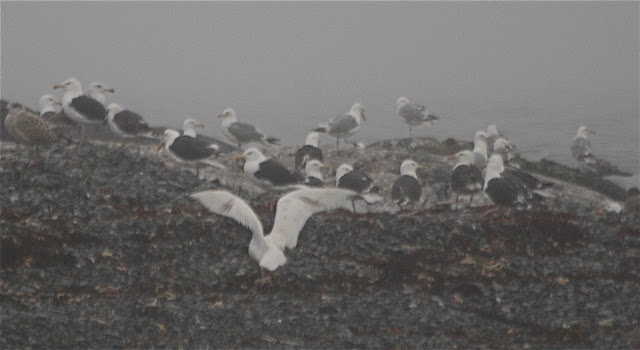 The legendary almost Ivory Black-back was seen at one of its old haunts, the gravel bar on Little brimstone. 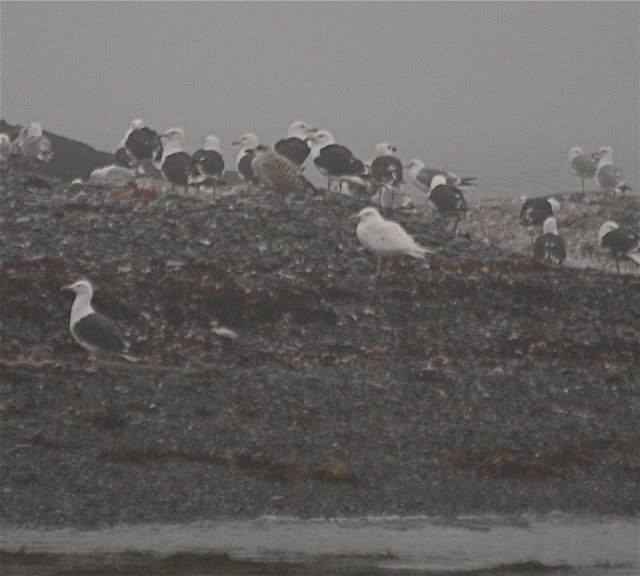 This bird has been around the bay for a decade or so, at least.