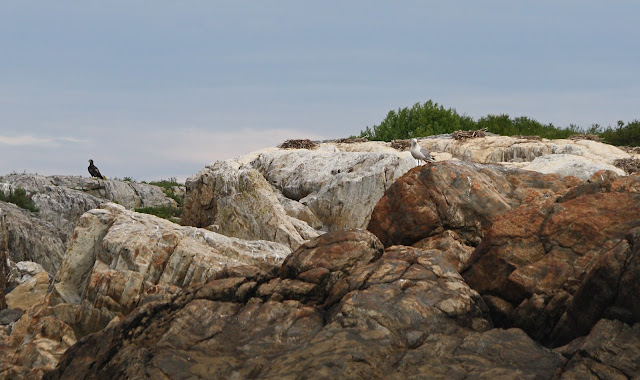 fledgling Great Cormorants with one Double-crested on the shoreline. 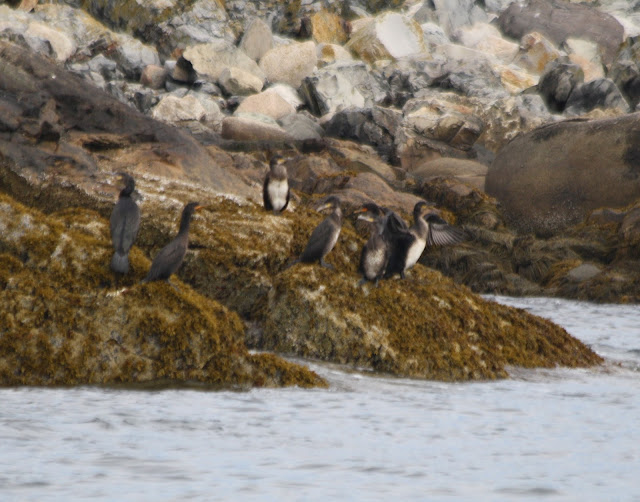 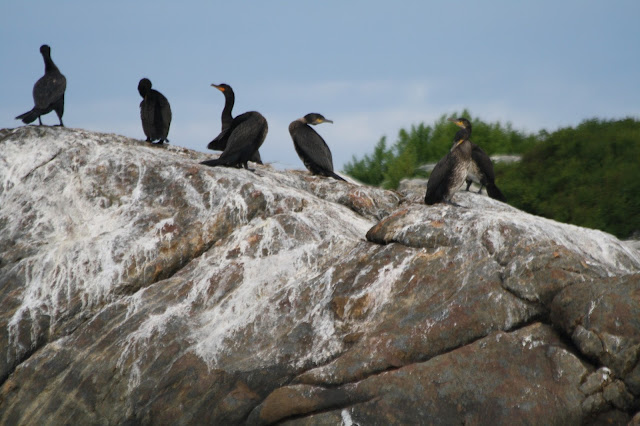 The neck of a cormorant has impressive range 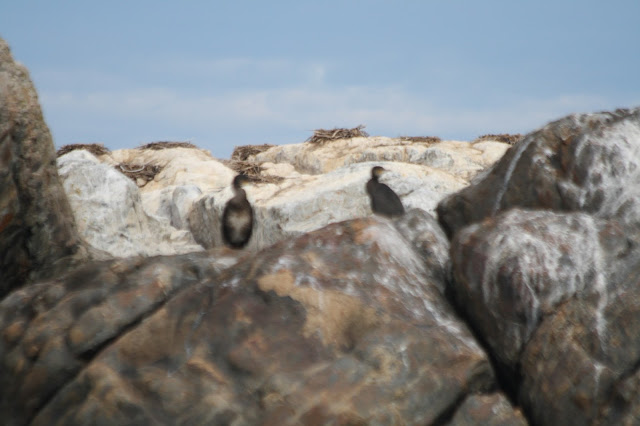 These fledglings are reluctant to disperse from their nesting site, some staying around until mid September if undisturbed. 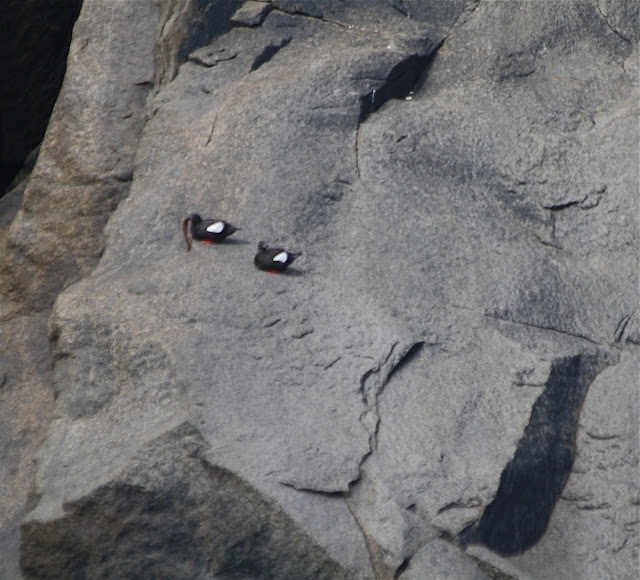 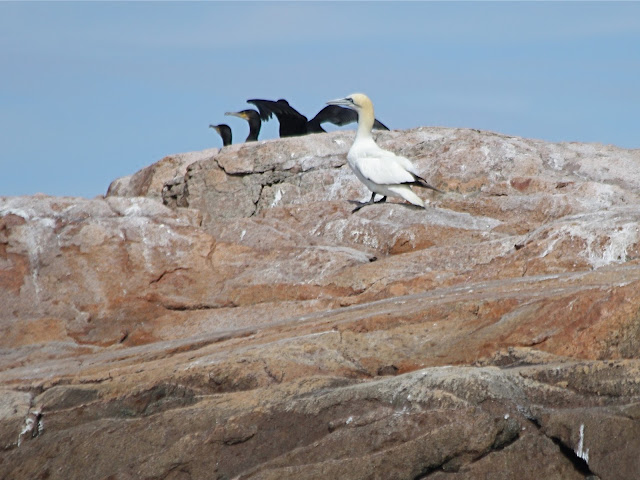 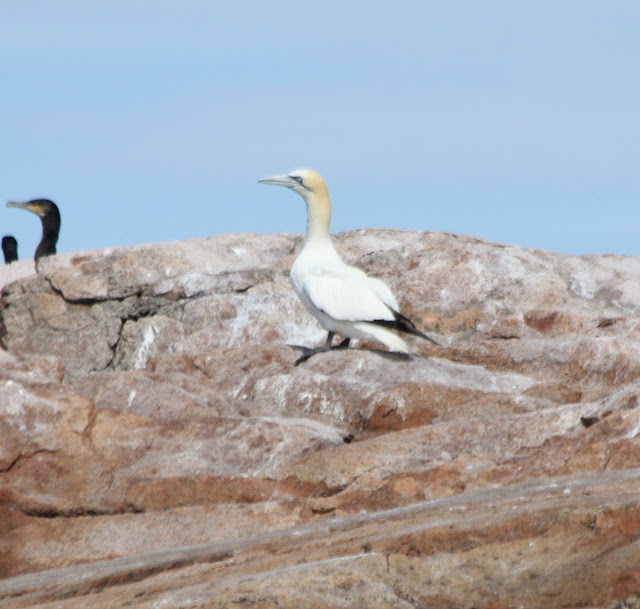 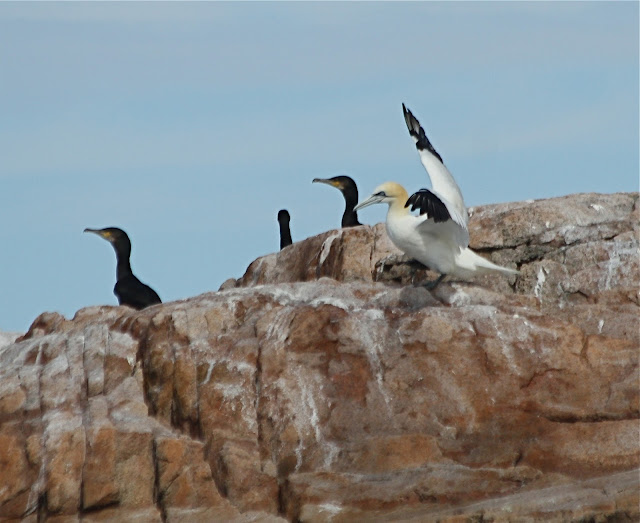 a couple of pairs of gannets have nested in the Gulf of Maine during the last decade or so about 130 miles east of here in New Brunswick. 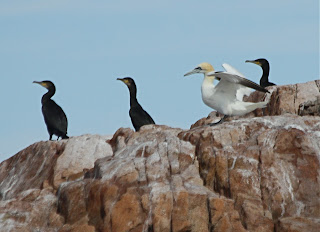 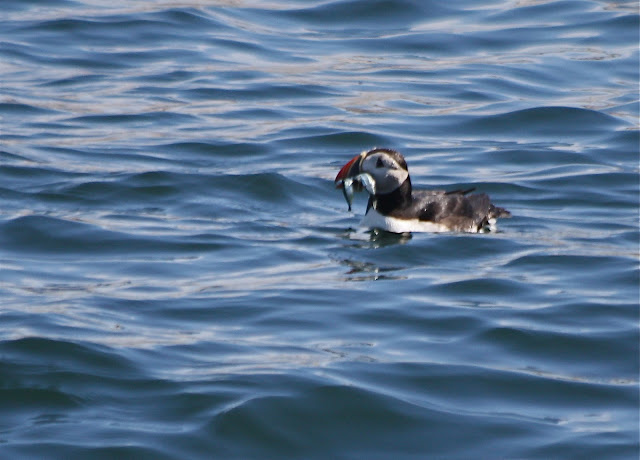 mid August there can be lots of Puffins around Seal Island, by early September they are mostly gone. 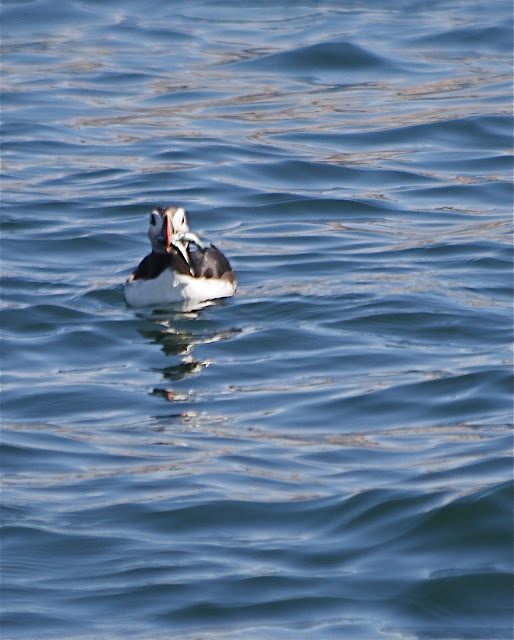 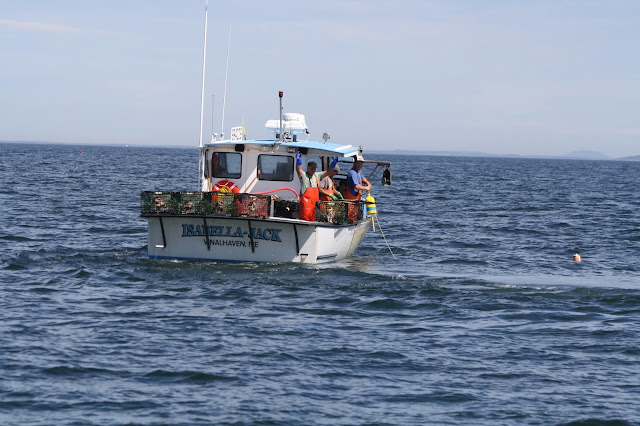 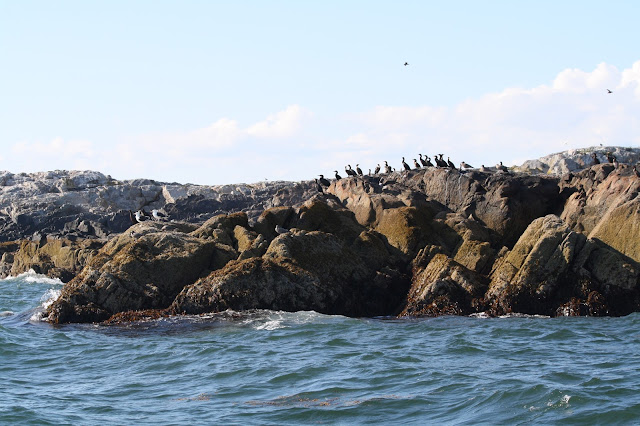 the cluster of fledgling cormorants and their attendants near the water where they seek shelter during eagle attacks. 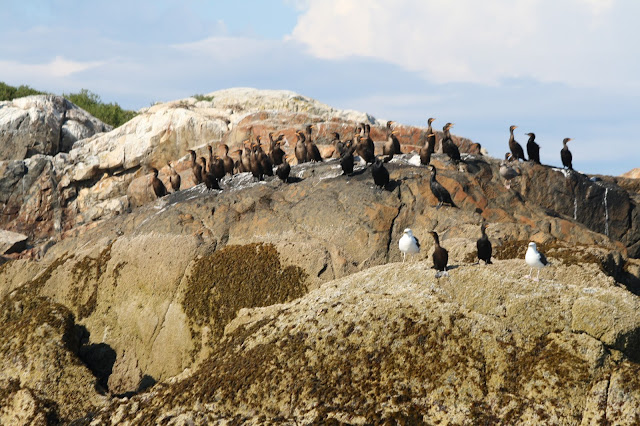 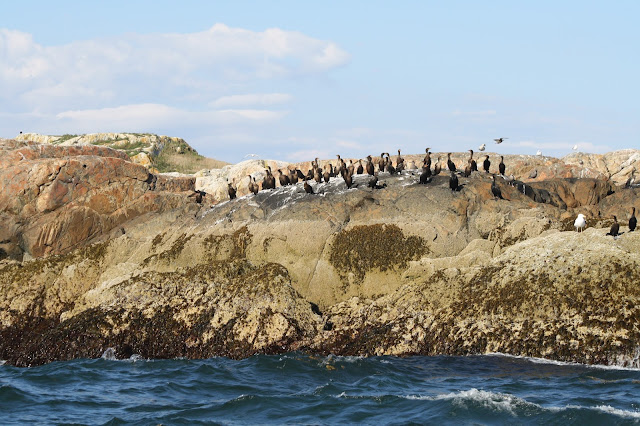