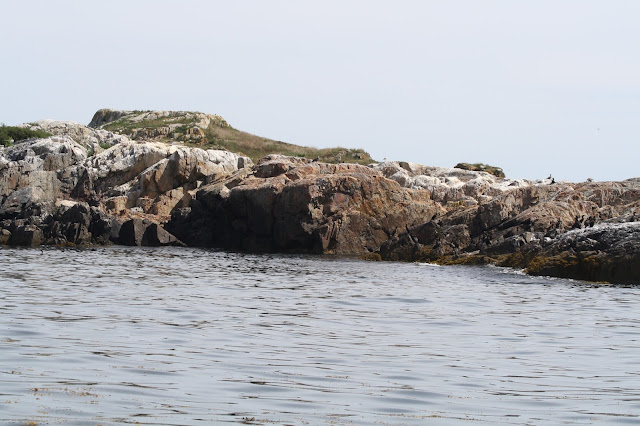 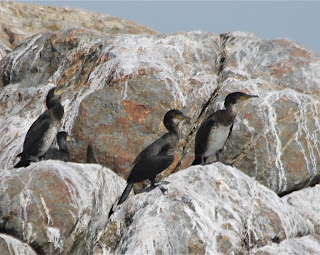 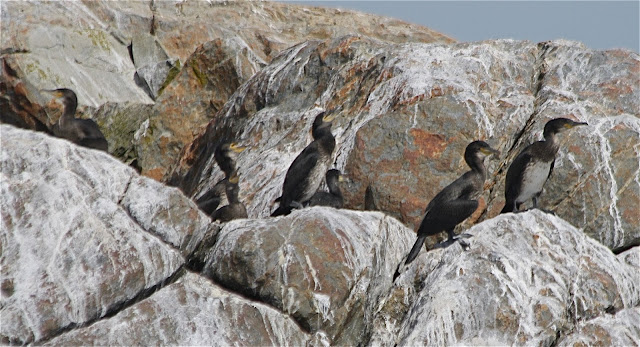 the most I counted was 10 or so, and so at this point these 7 are most of the great cormorant production at Little Roberts this year. 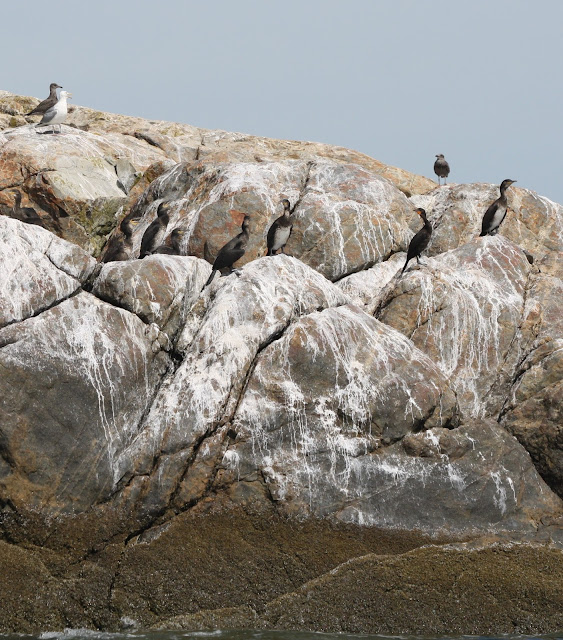 one double-crested in there, and a couple of young herring gulls of the year. 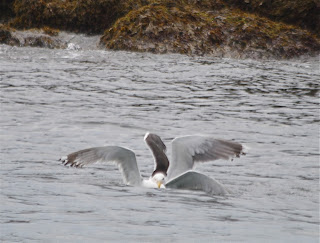 there was a black-back mugging an adult herring gull at Holden ledge. 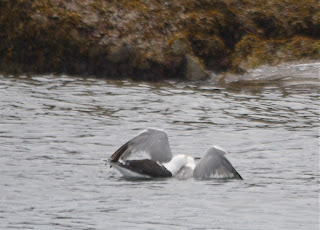 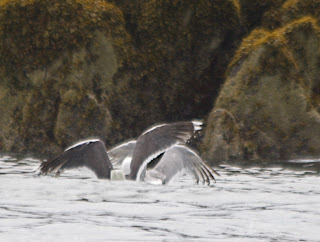 I think the herring gull was released,  though it could not escape on its own. 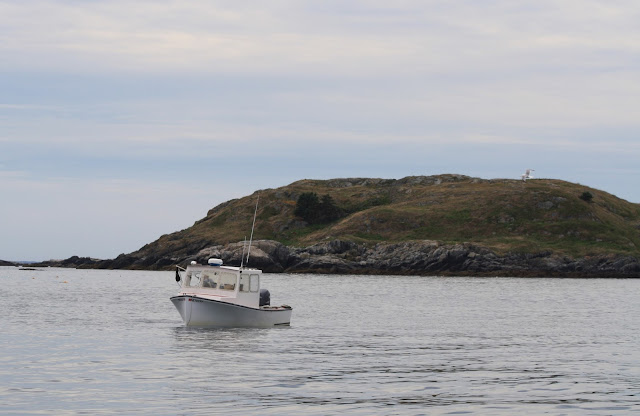 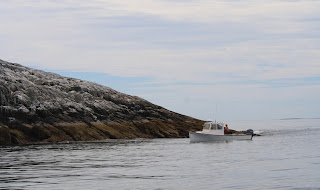 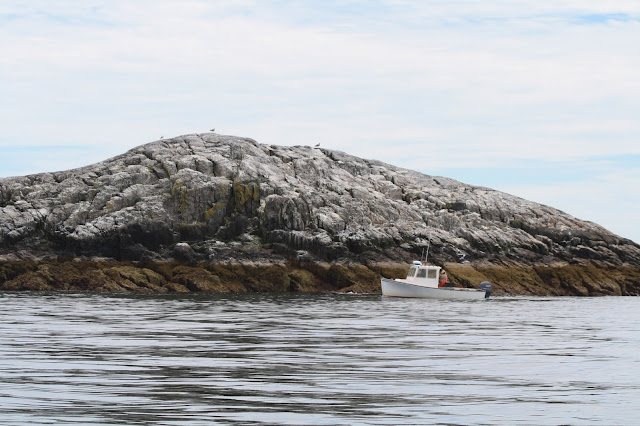 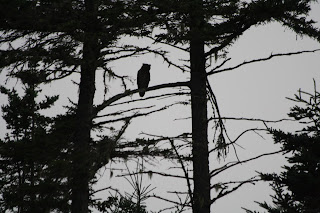 There was an owl up on Green's in the evening:
Posted by john at 9:12 AM