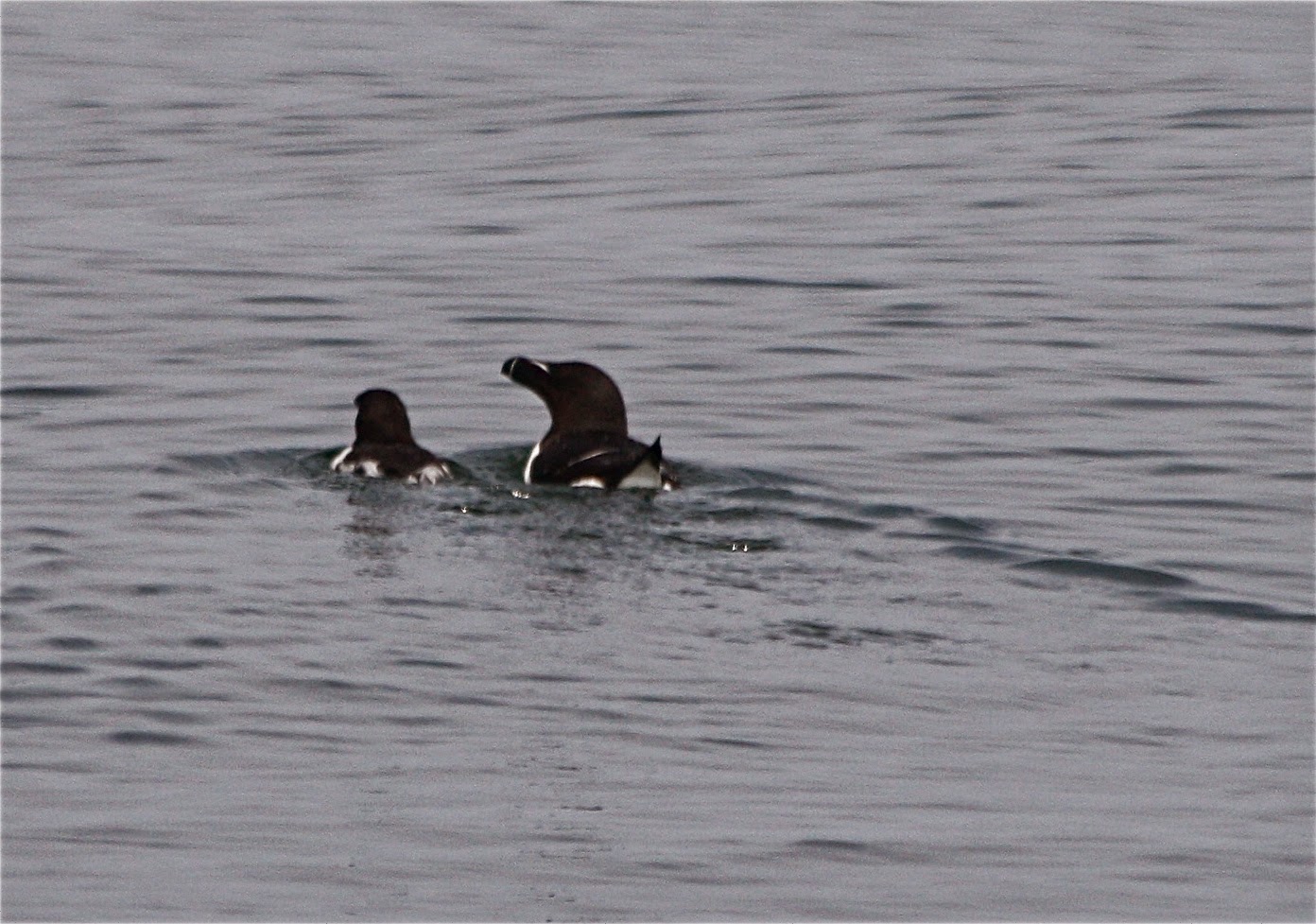 Razorbill adult and chick, I have seen more of these than ever this summer and later too. 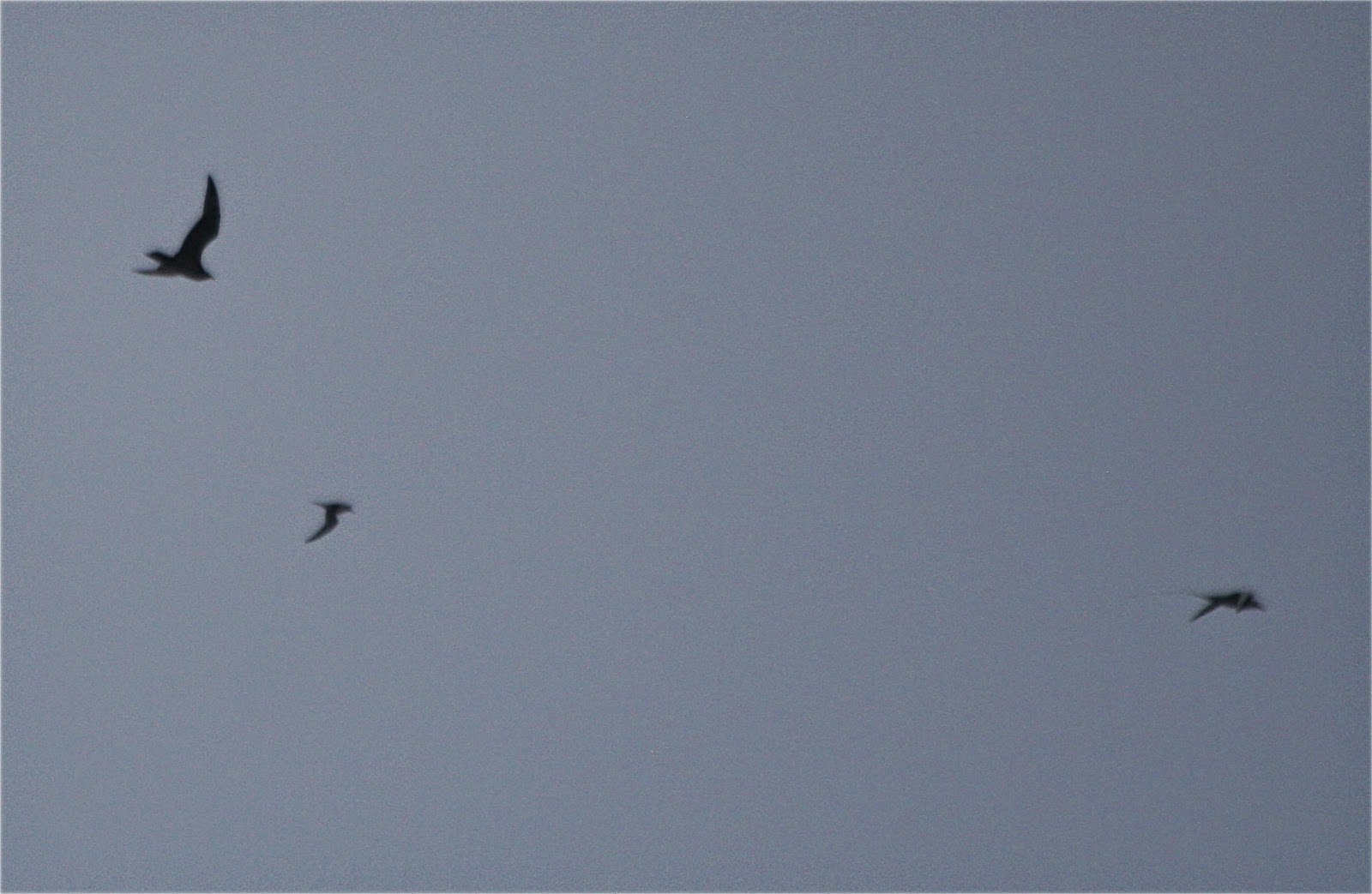 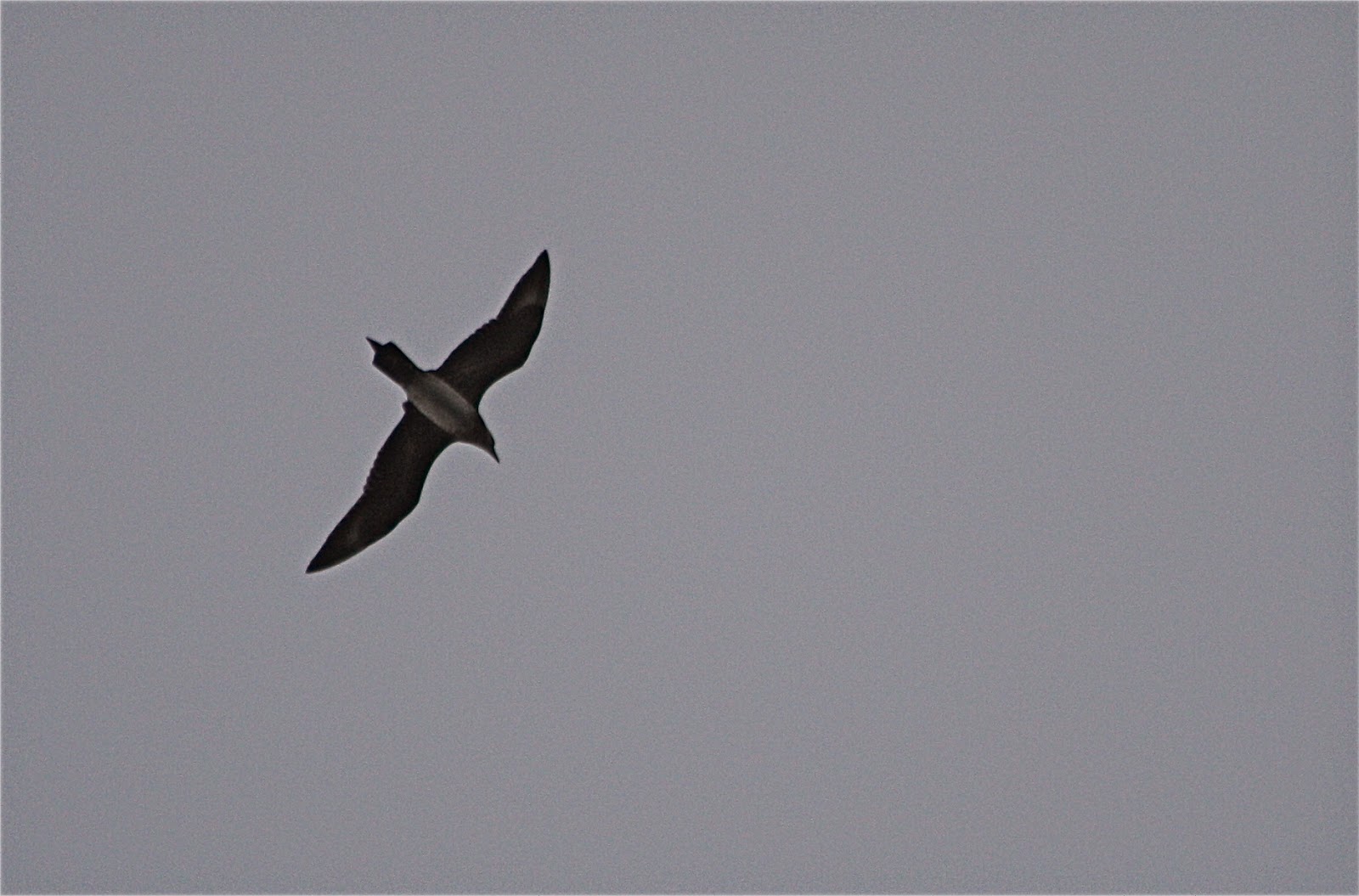 We were down there at Seal Island, having not seen the tropic bird the day before, a sqaull came and the tbird showed up just as it rolled in see him in the pic above the above,  5 or six jaegars sailed by infront of the front,  and the tbird and a couple of jaegars rode up above us as the front rolled by and disapeared into the roiling black cloud, the light was so black I thought a young common tern was a black tern,  super dramatico 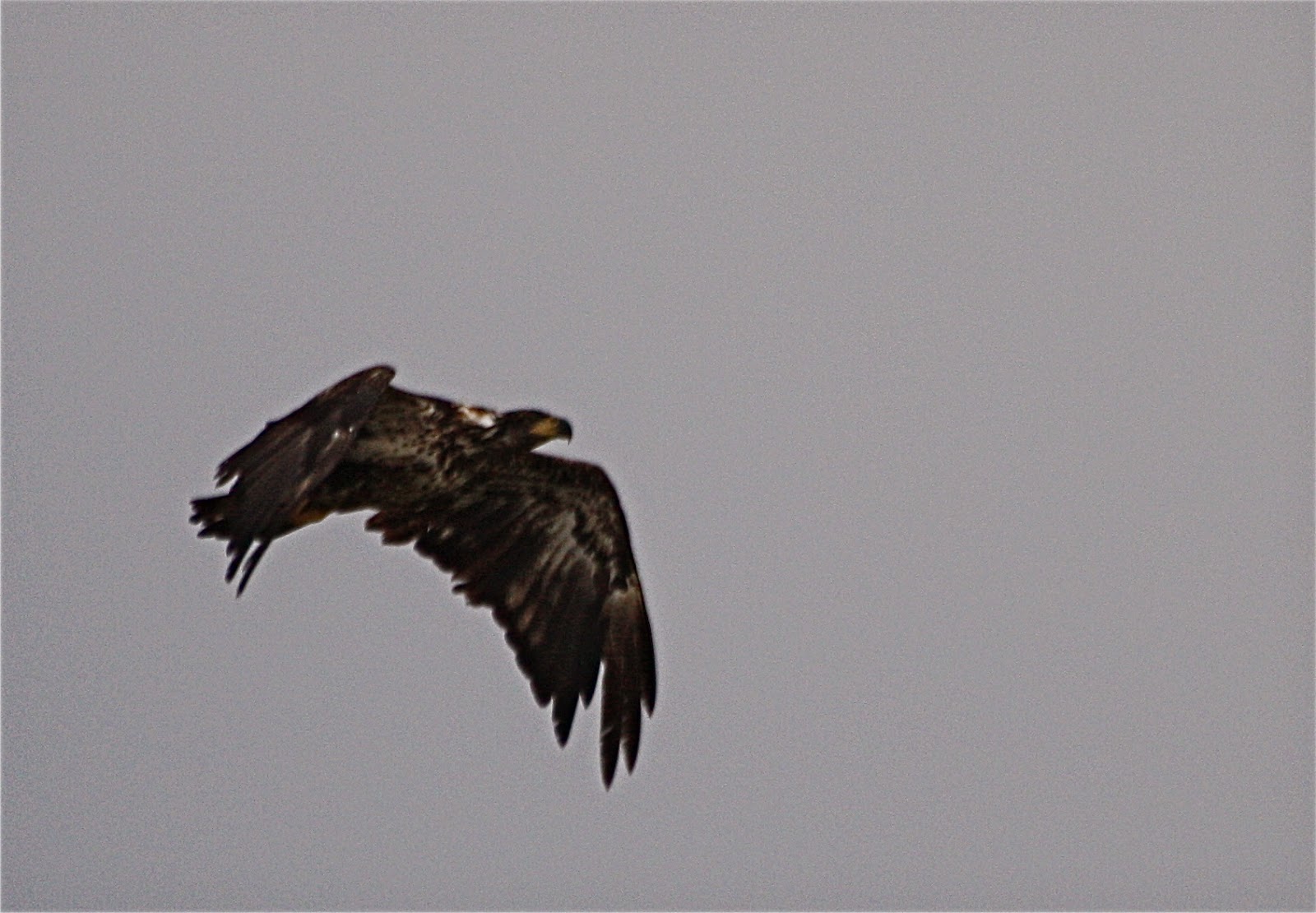 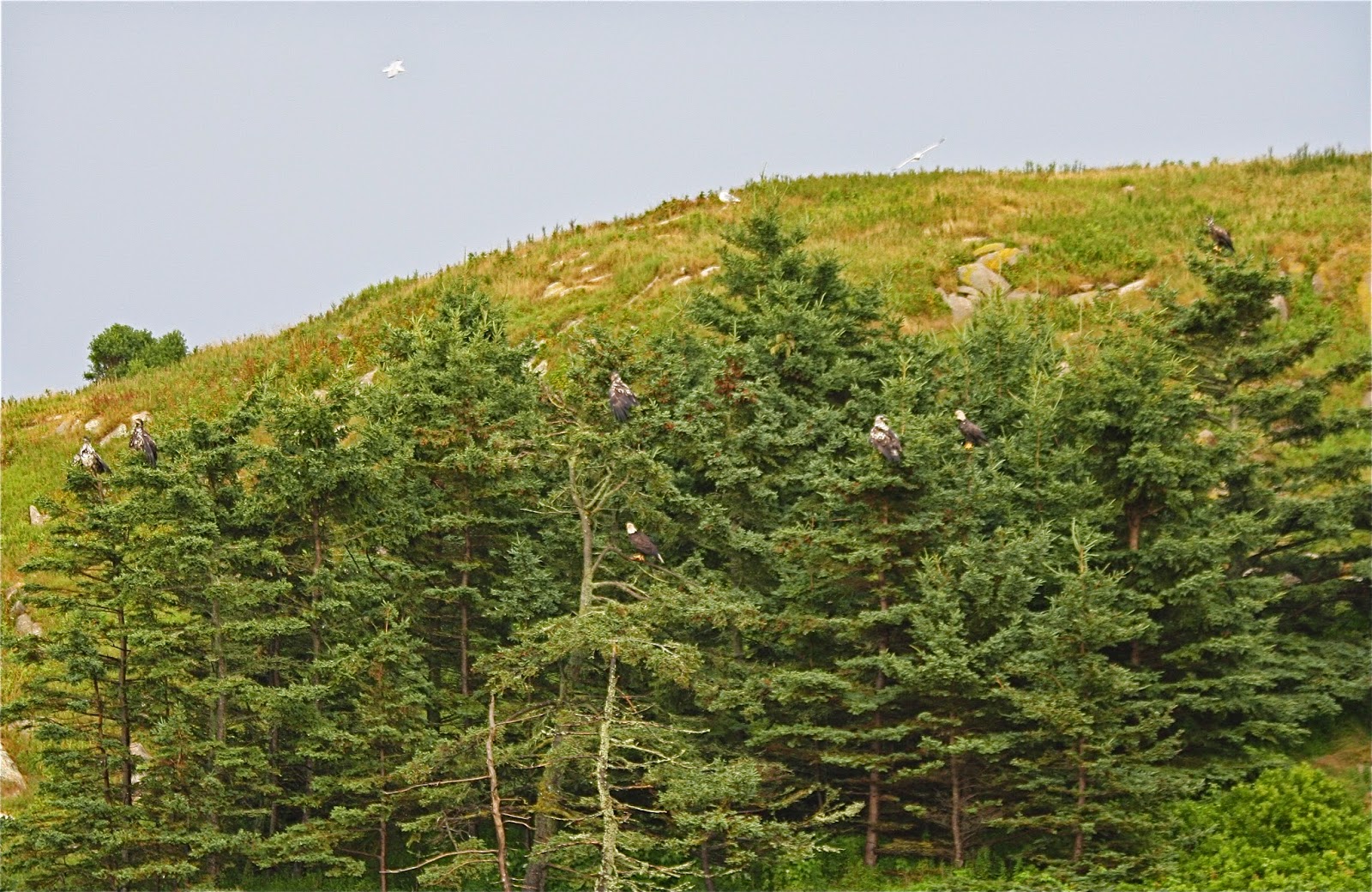 lots of eagles, I got a high count of 15 this summer on Otter last year we saw 22 on the second of July at Otter 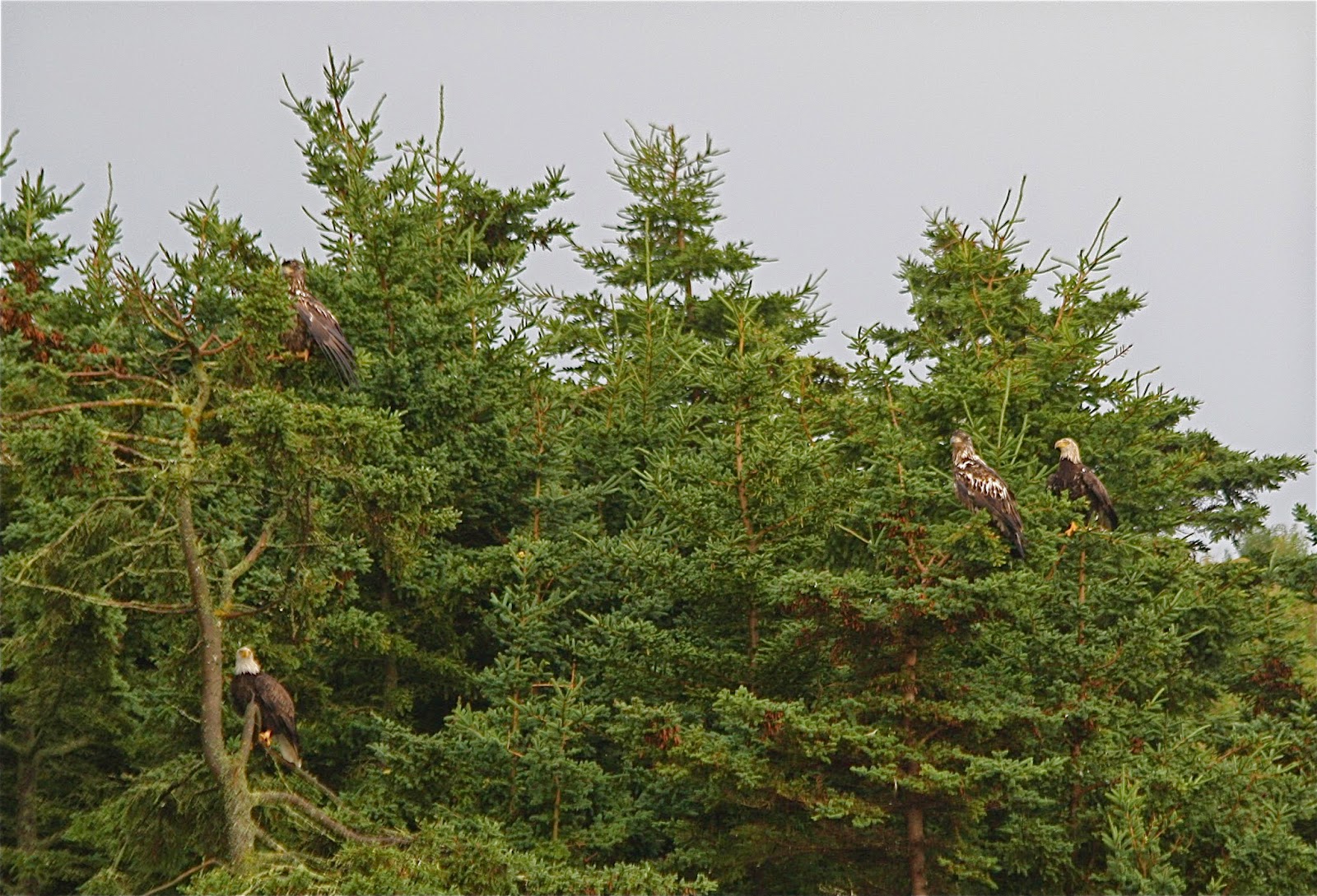 the squall had passed and there were wet eagles on otter
Posted by john at 10:37 AM