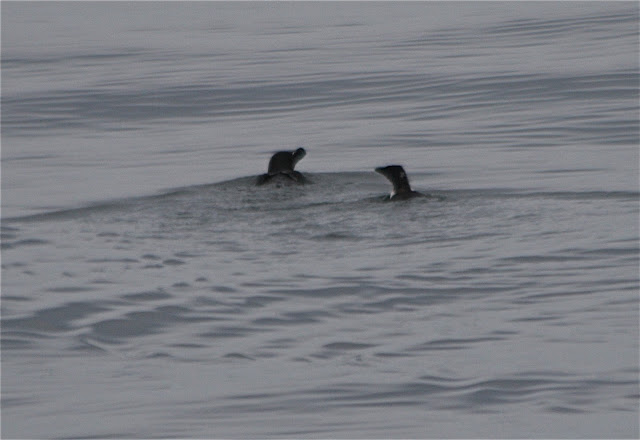 did I mention that this was a great year for Razorbills?,  I saw more Razorbill chicks this summer than any other summer and it was not even close. 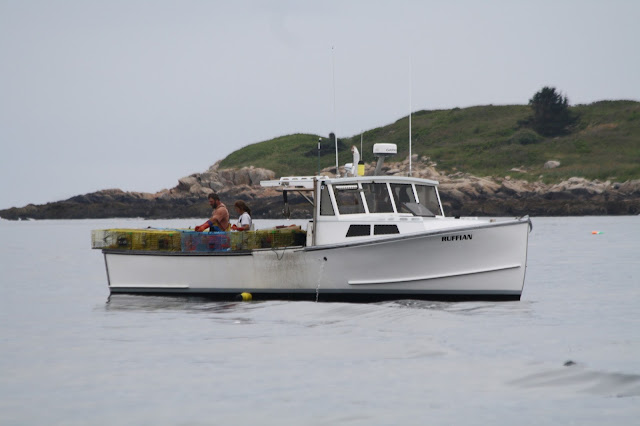 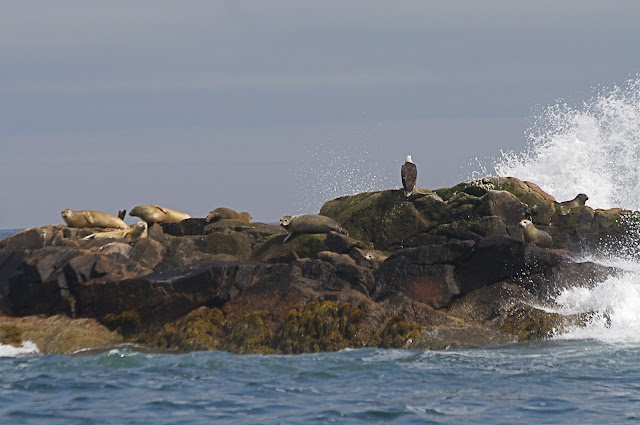 Harbor seals, and an Eagle on Yellow ledge 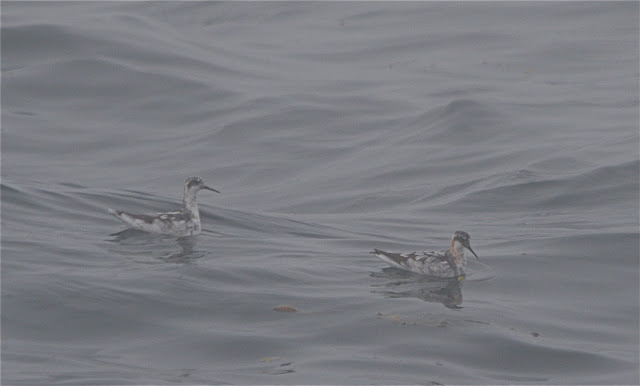 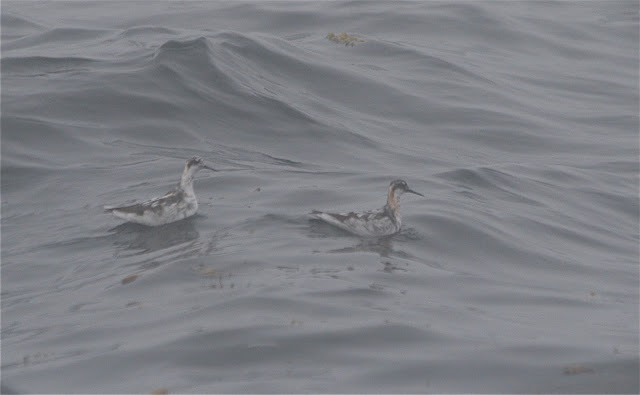 July 21,  I went out to Seal Island picked up some of the observers out there and we went South for a while, we saw these Jaegars. 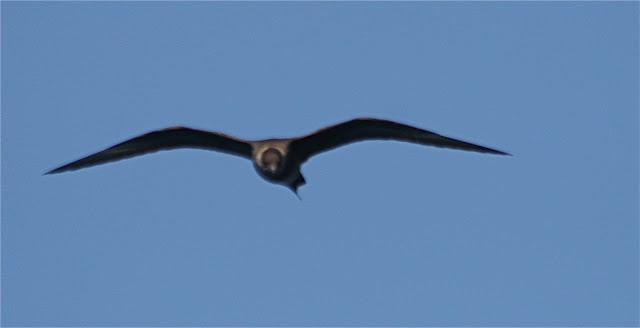 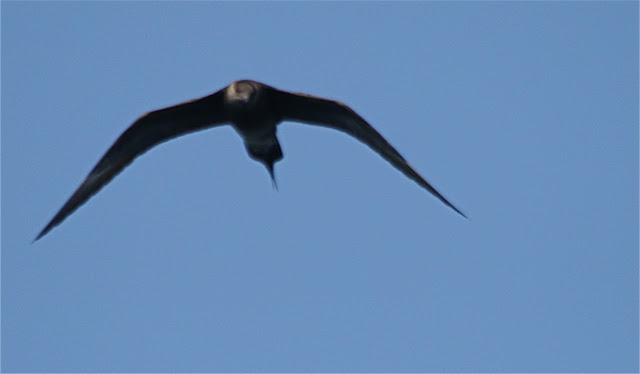 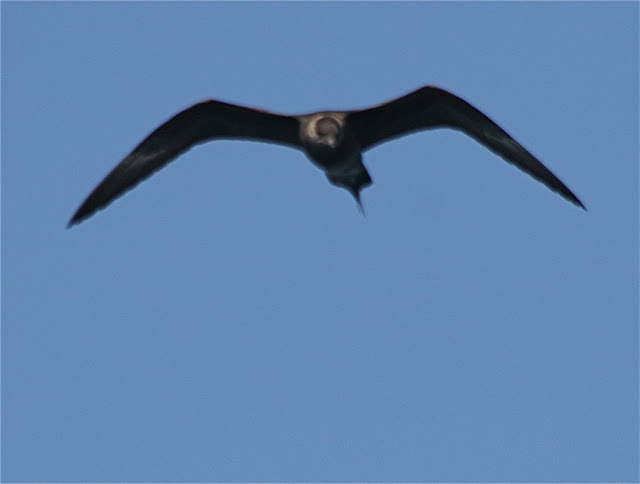 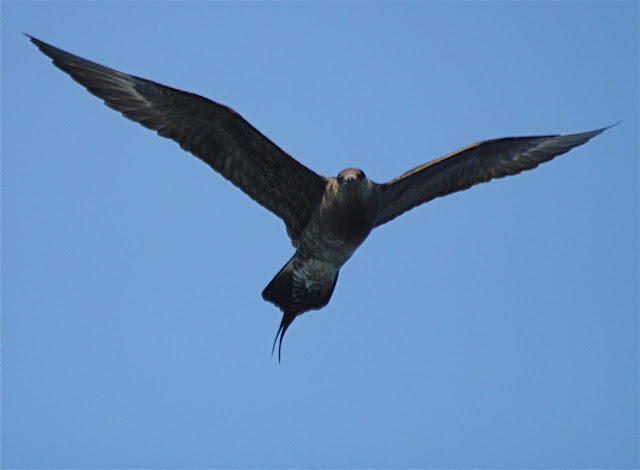 these two followed us along for a while. 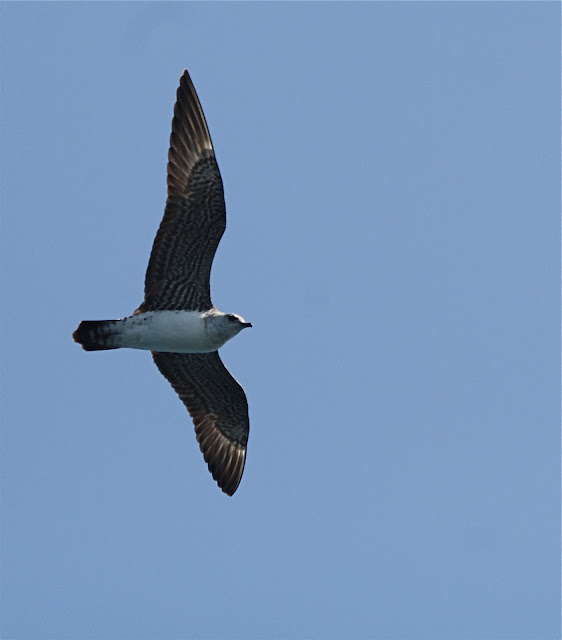 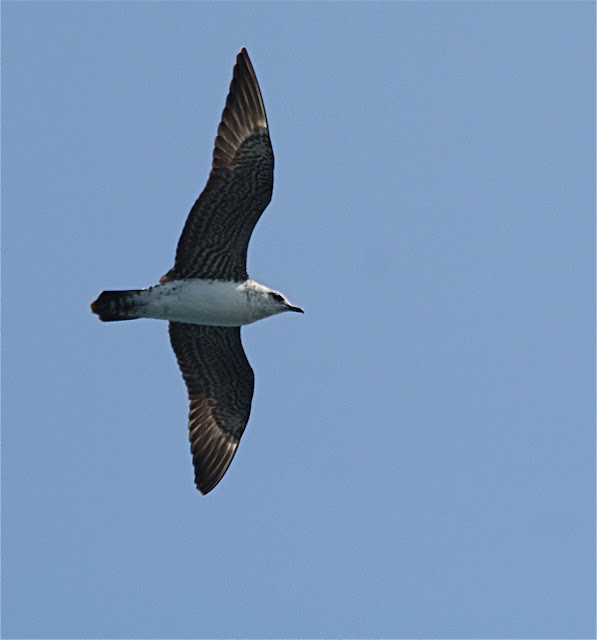 the paleness and wide central tail feathers are apparently features seen in young long-tailed jaegars, I think this one is a felonius skua. 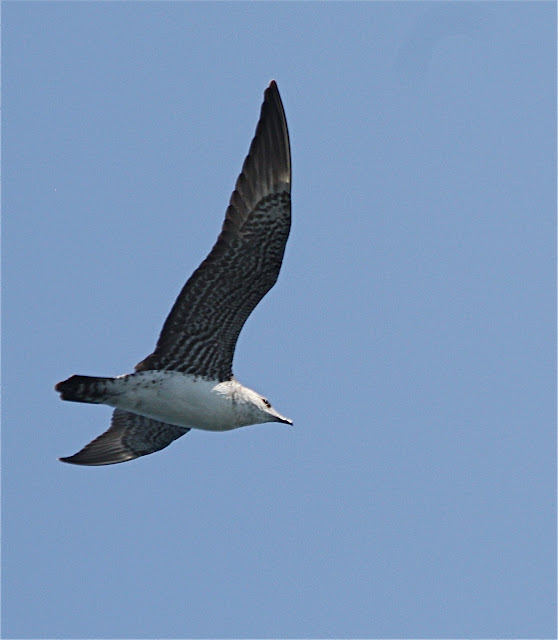 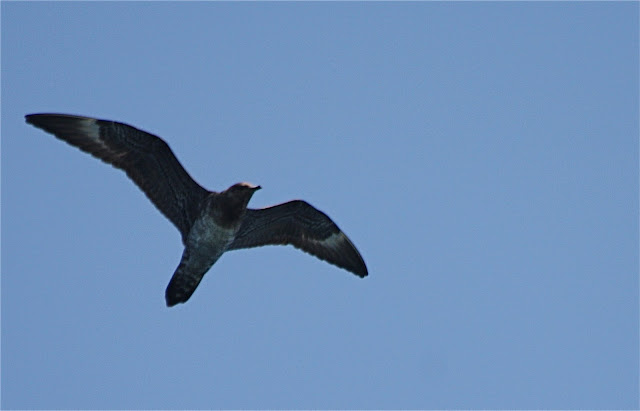 there were 5 skua in the area, this was the last in the gang i got a picture of  not so dark not so light 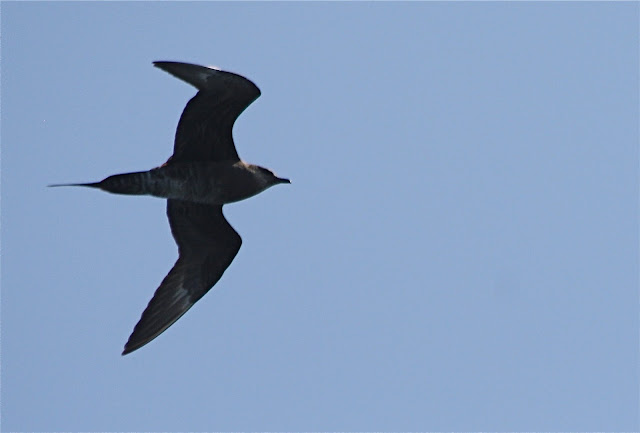 the dark adult again,  a day I see a jaegar is a good day 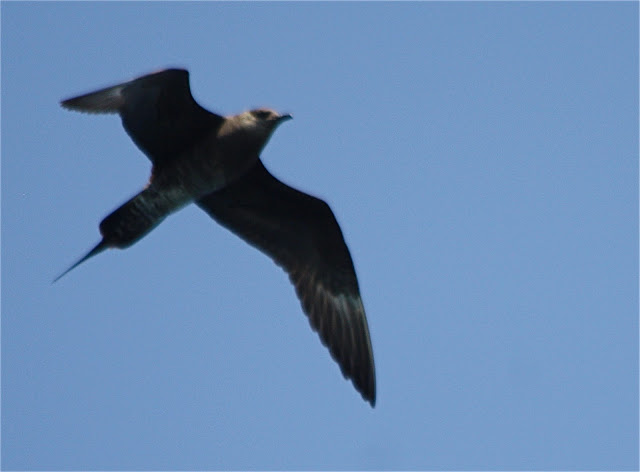 i could have done a lot better on focus, in my defense I was also steering. they were close enough I could have used the auto focus. 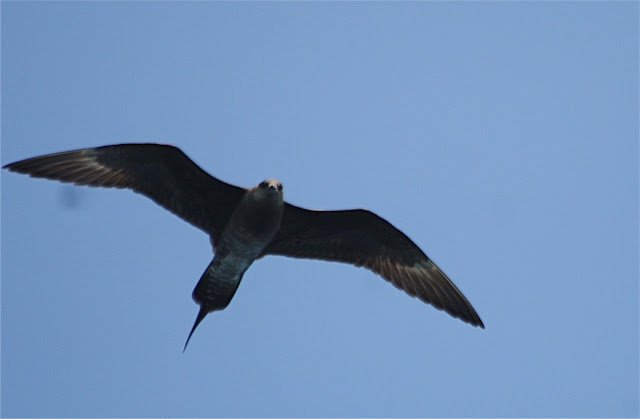 from the two eyes series, usually shy these ones came onto us and stayed with us a while. 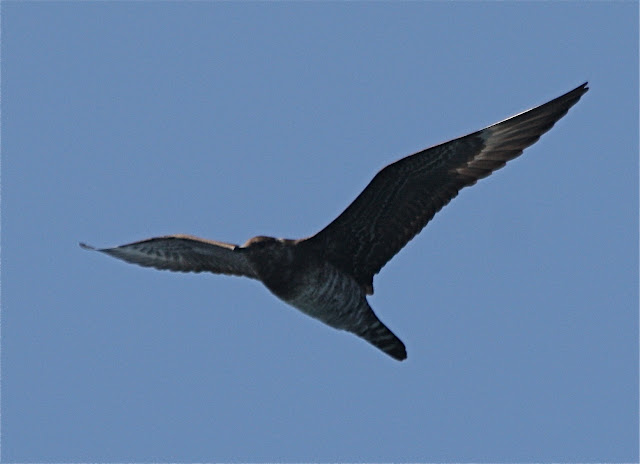 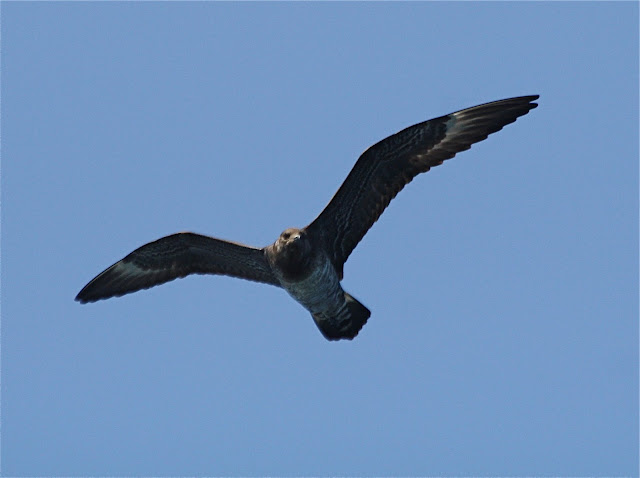 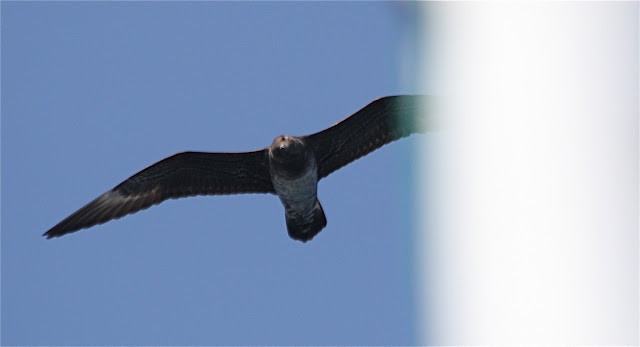 that is the mast on the stern on the right 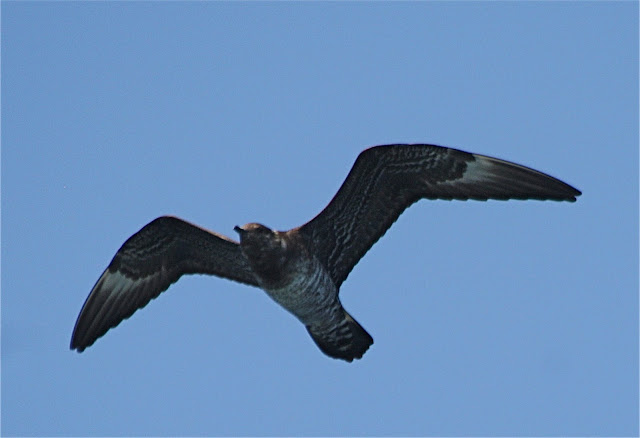 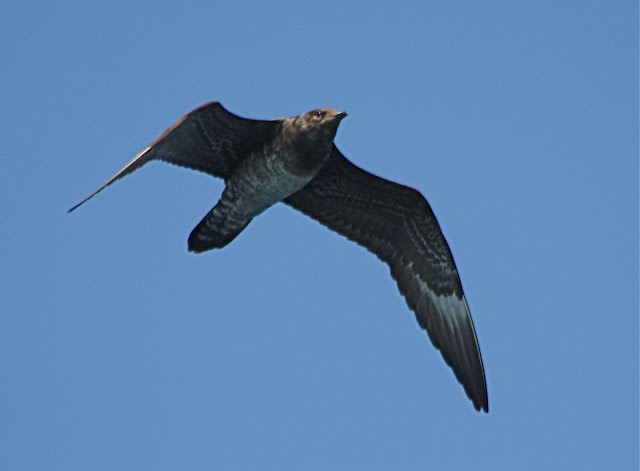 these are some capable birds. 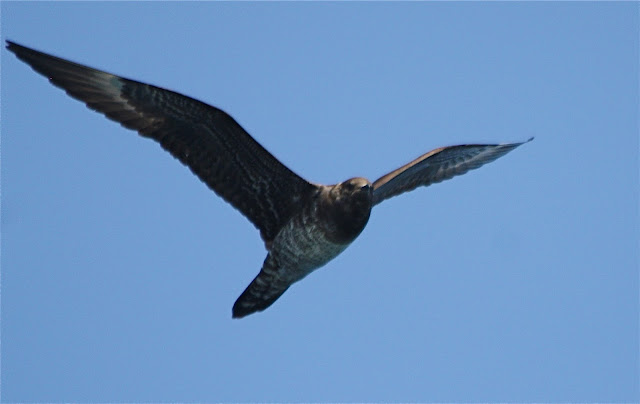 they followed us for a while it was great. 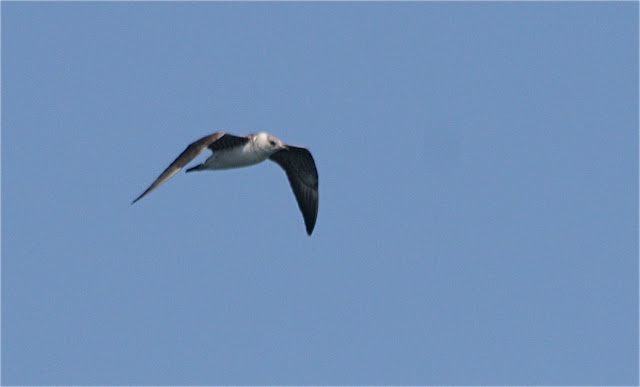 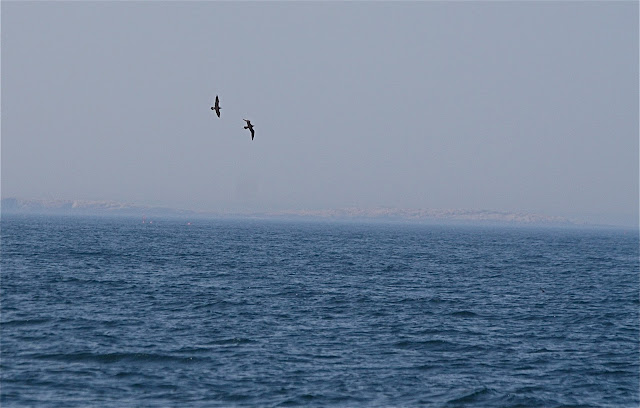 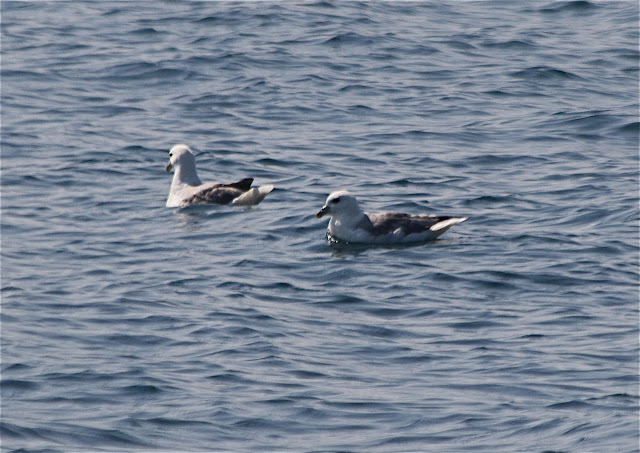 So we went South towards the 11 Mile ridge, we came upon a gam of fulmar, 7. 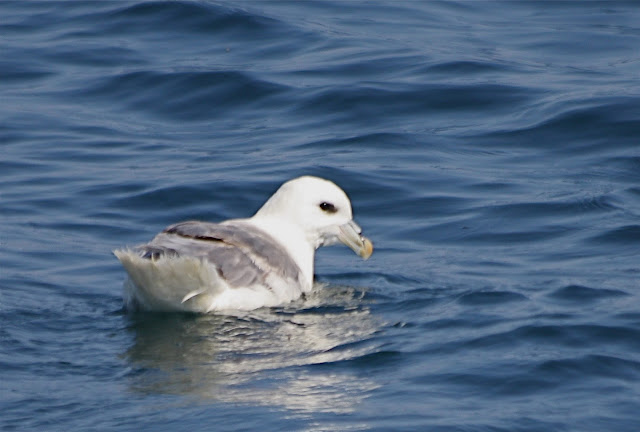 yet another lovely north atlantic seabird that has become more common in the gulf of Maine recently. 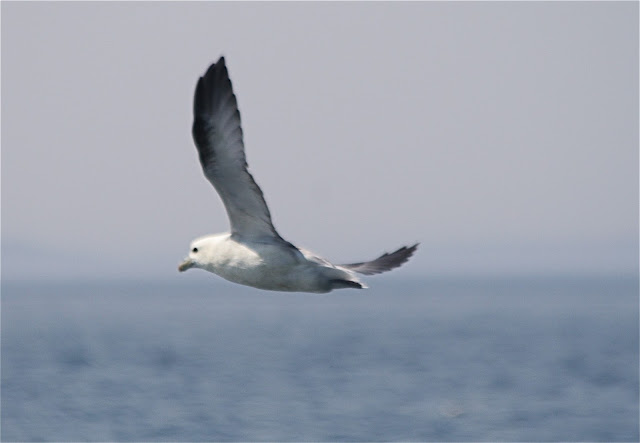 mostly out of focus,  built for heavy weather these fulmar. 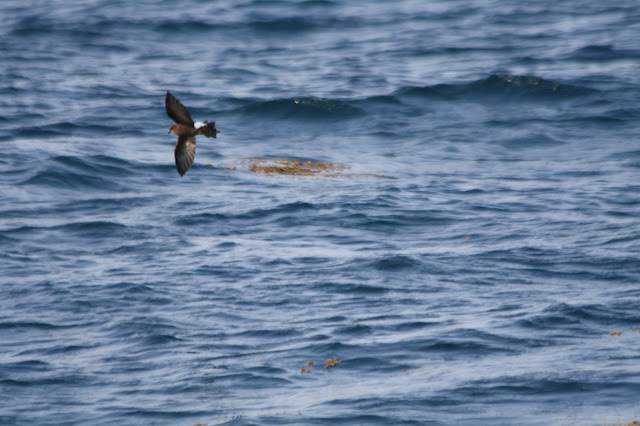 Wilsons petrel, we went out a ways but did not see any leaches Petrels this afternoon, late start. 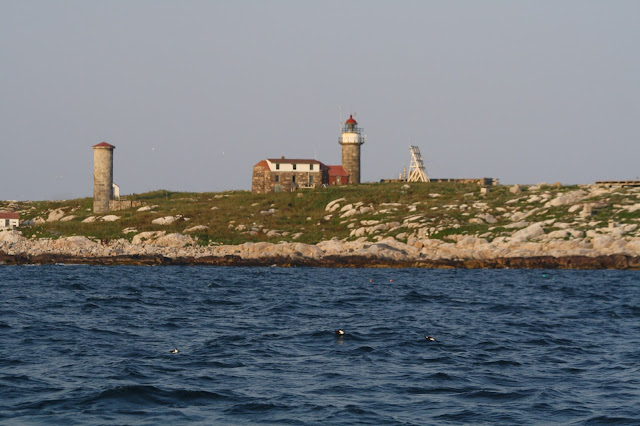 We stopped by on Matinicus Rock, on the way in, dropped off some water. 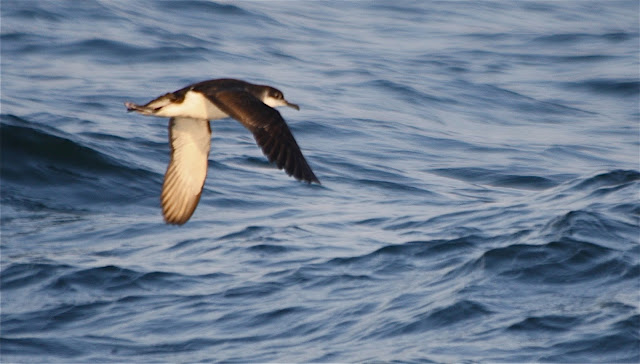 we saw a few Manx shearwater,

we had seen, Greater, Sooty and at least one cory's as well
Posted by john at 4:44 AM