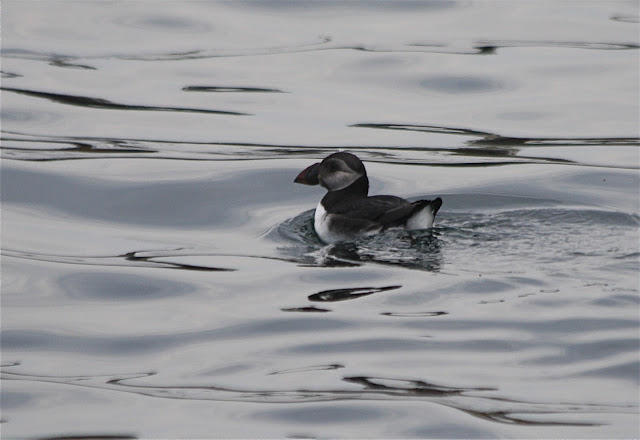 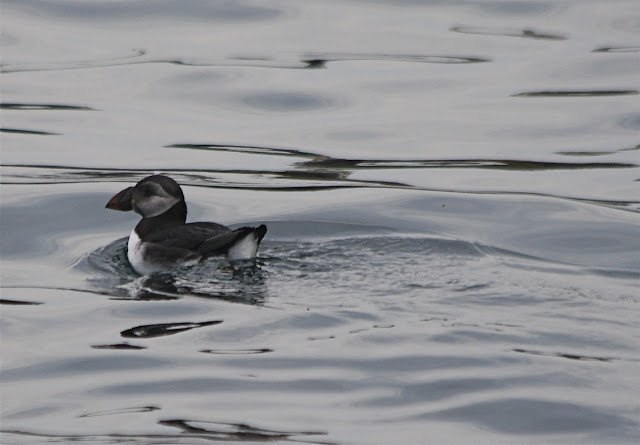 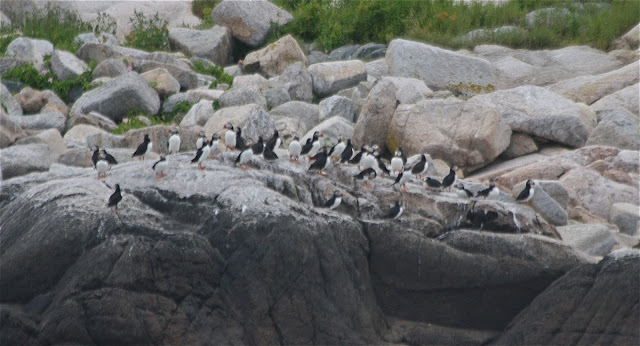 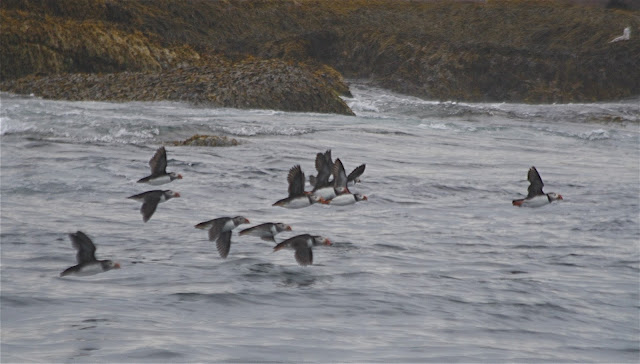 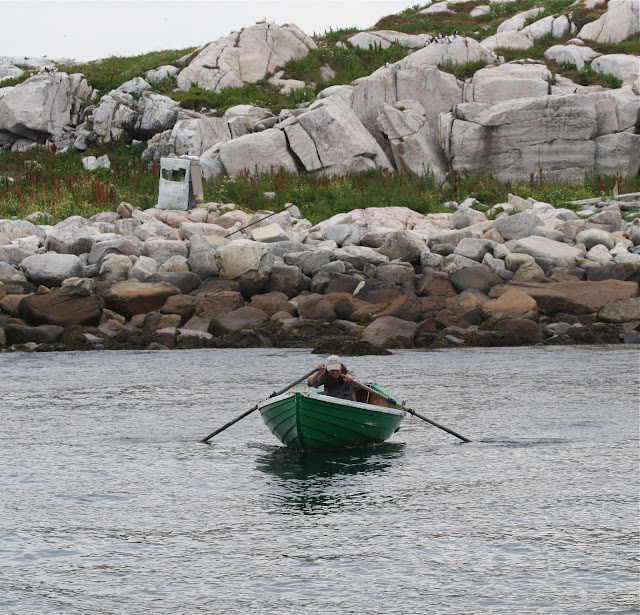 Sue leaning on the oars, the dorys name was Heal Me Carlos! Carlos Heal me! that week. 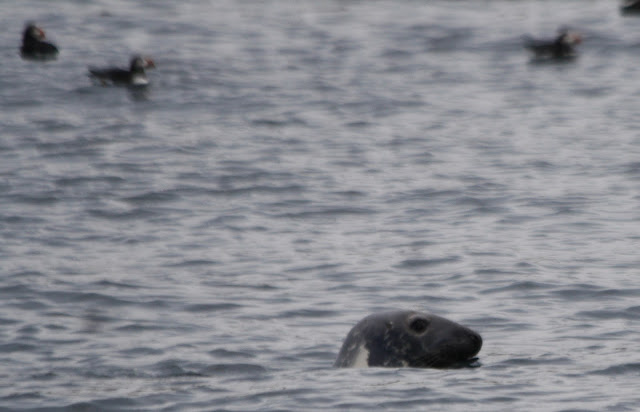 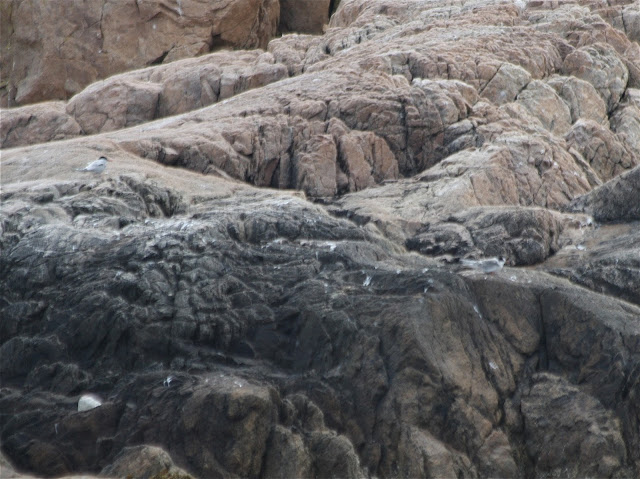 on the way in we went past the Nw shore of Wooden Ball,  near the current location of a Cormorant colony we saw a few Arctic terns, and Coco spotted this fledgling, the bird on the right, demonstrating that this small colony of about 8 pairs were not entirely unsuccessful, despite being on a very tough gull island. 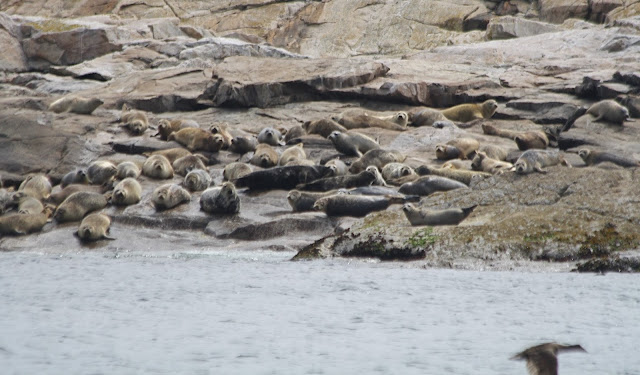 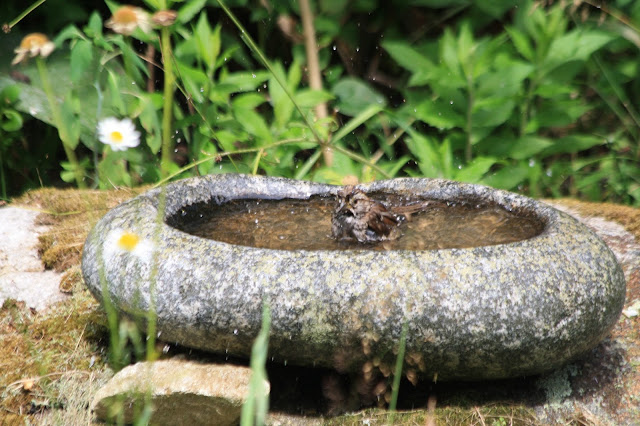 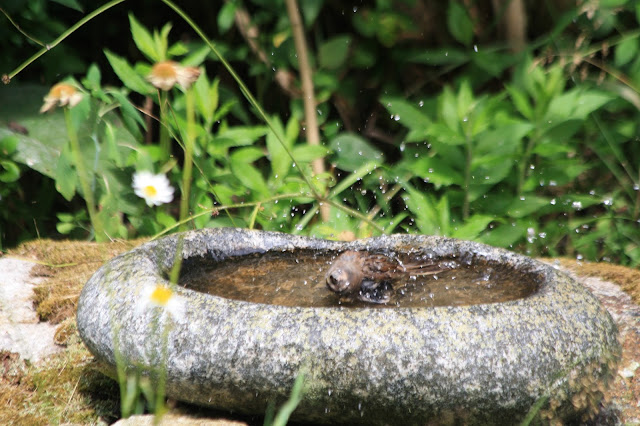 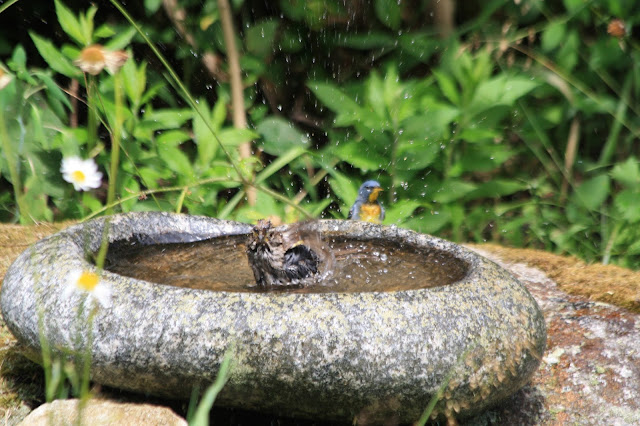 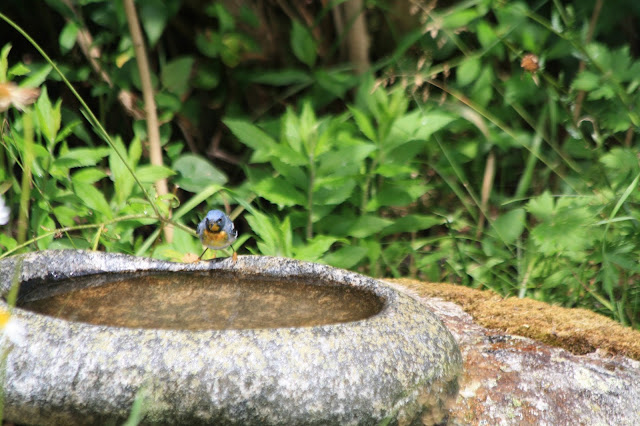 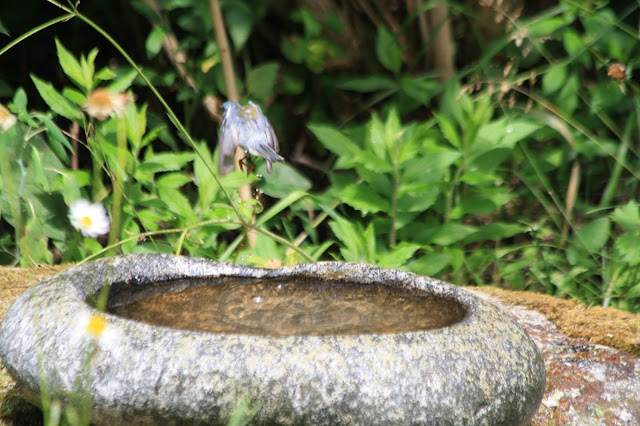 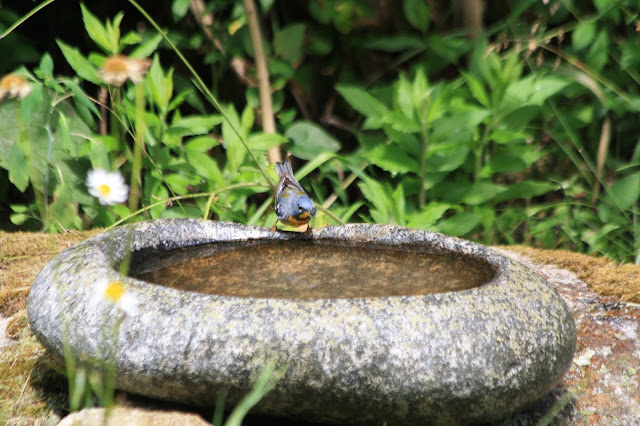 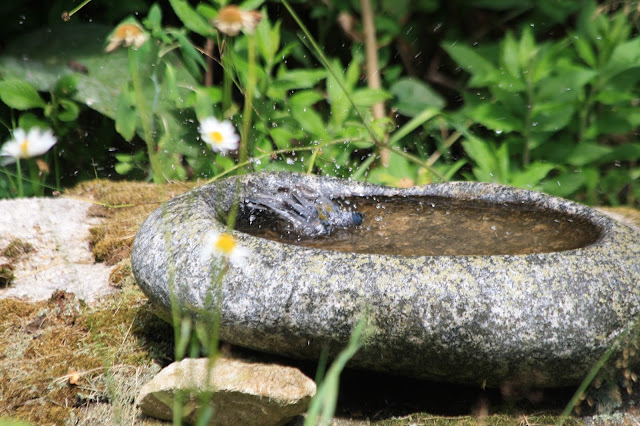 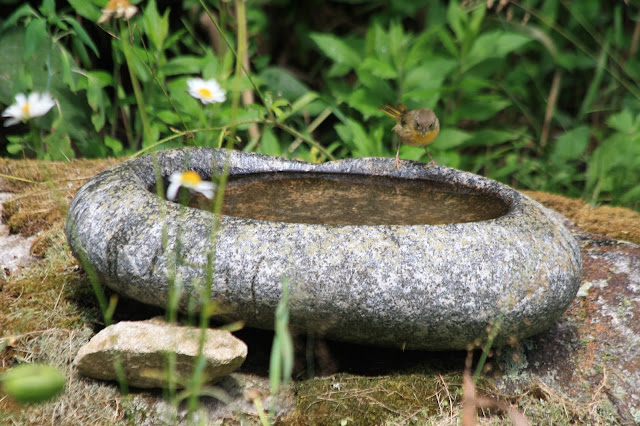 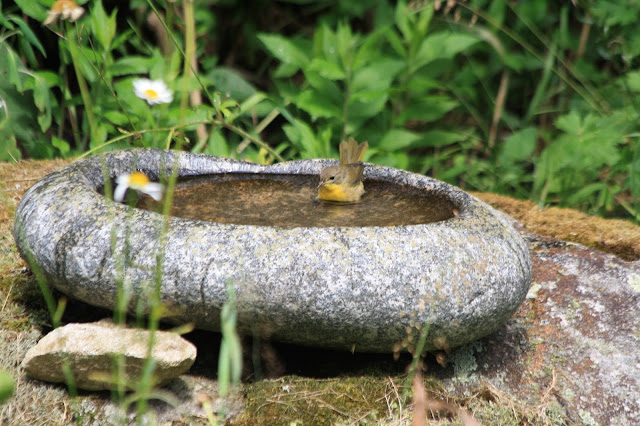 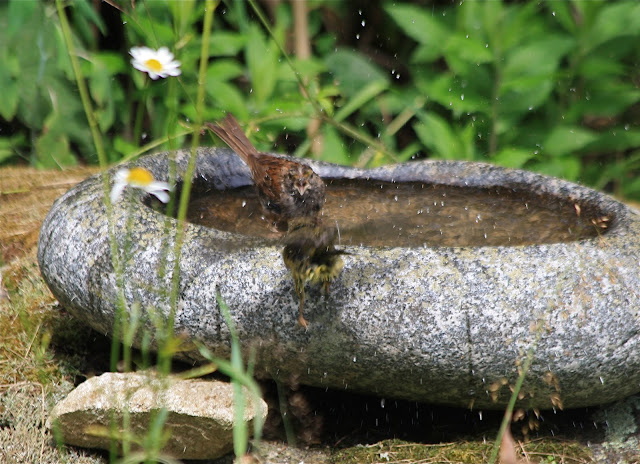 White-throat barking at and displacing yellowthroat, yellowthroat leaping backward out of the pool.
Posted by john at 9:04 AM