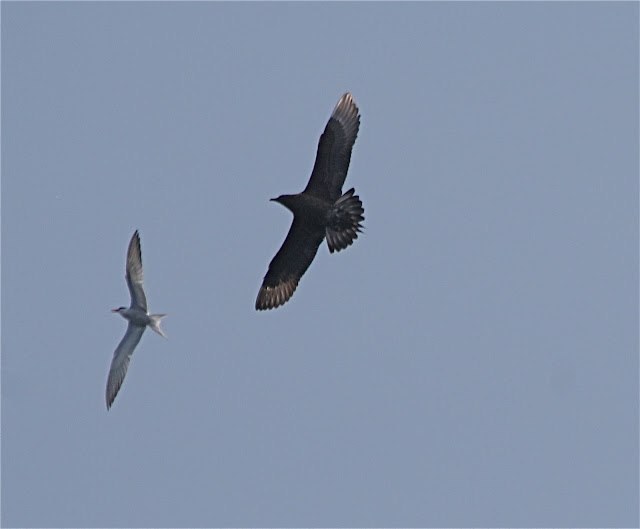 Many, hundreds, of Seal Island terns had relocated to Saddleback ledge, and were feeding fledglings there. The pirates followed, I may have mentioned that I saw 0 Skua's, aka jaegars,  last year,  we had a nice run of them this year, and for several days they were quite active in eastern Penobscot bay. 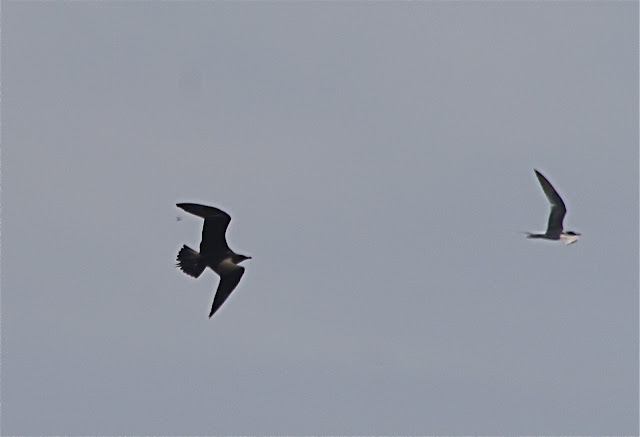 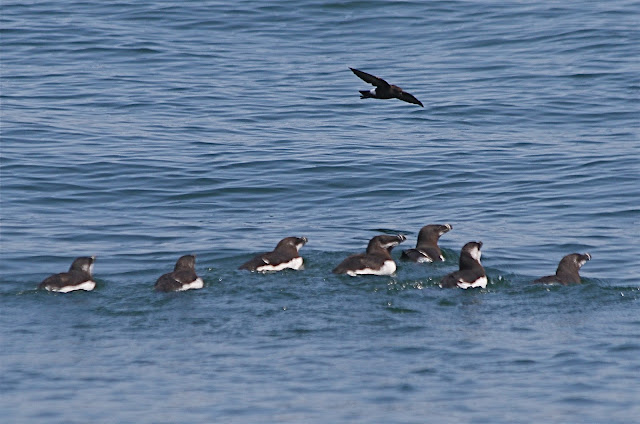 Wilson's petrel over razorbills, there were gangs of razorbills out there. 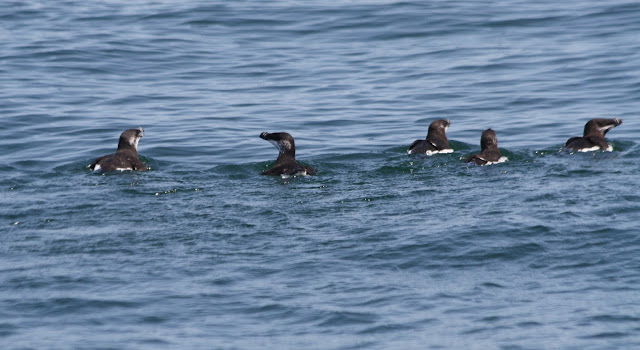 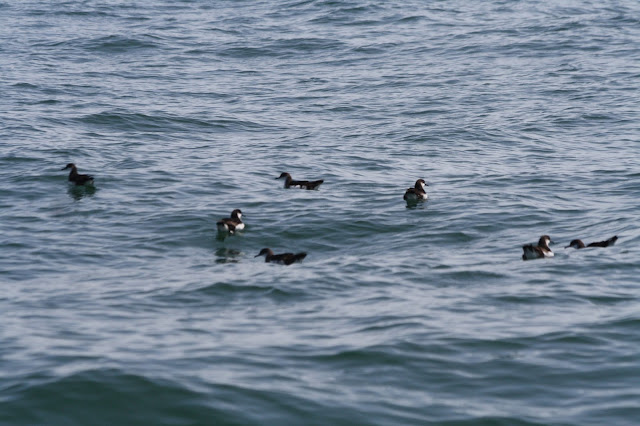 there were Manx all over the bay at least 50. this eclipsed old high count for a day set last week, (30) 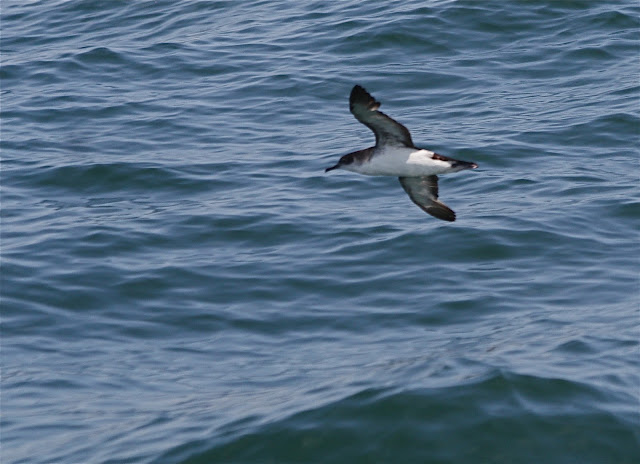 Manx shearwater, there were so many out there I got the feeling of what it would be like it this were a common species.  These most of whom come from the British and Irish Isles, have for decades and continue to swell becoming more commonly seen and numerous in our area, 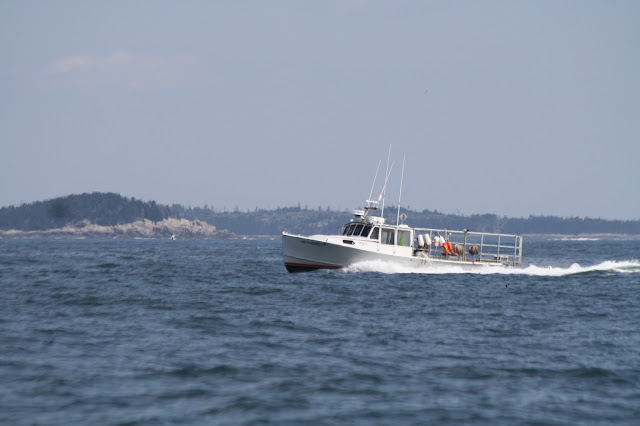 FV Minimmurra, I think there may be some crabs aboard there for me. 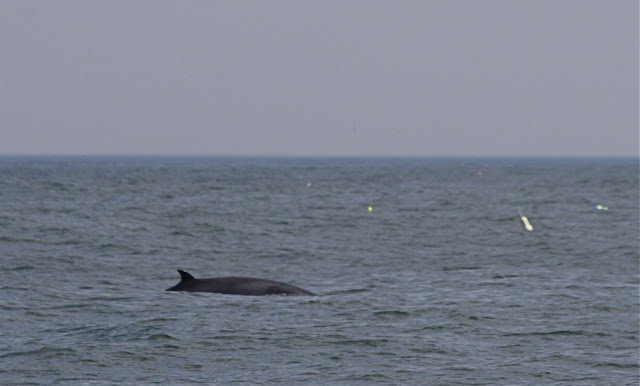 Minke whale, I saw a couple of these this day, also a pair of sickle fins that I think were tuna, they went by very quickly. 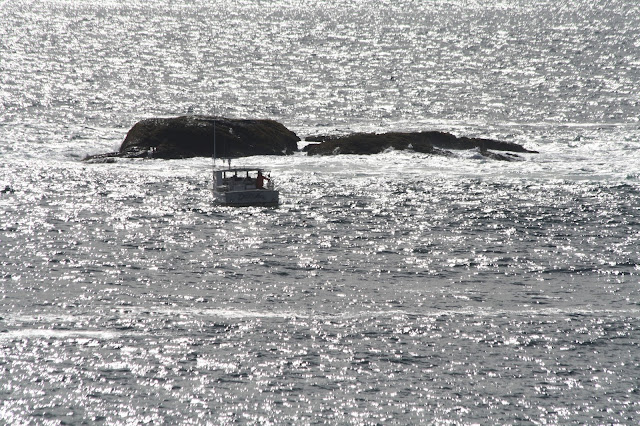 This is an old photo of Daisy Mae near eastern ledge, from Brimstone.
Posted by john at 1:25 PM