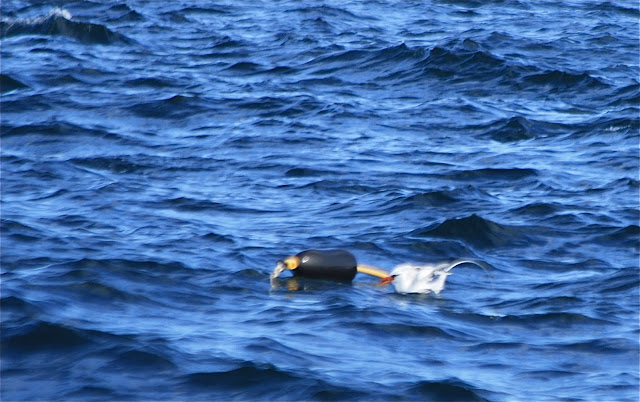 yup there was the tropicbird, courting pot buoys as has been the case for some time. 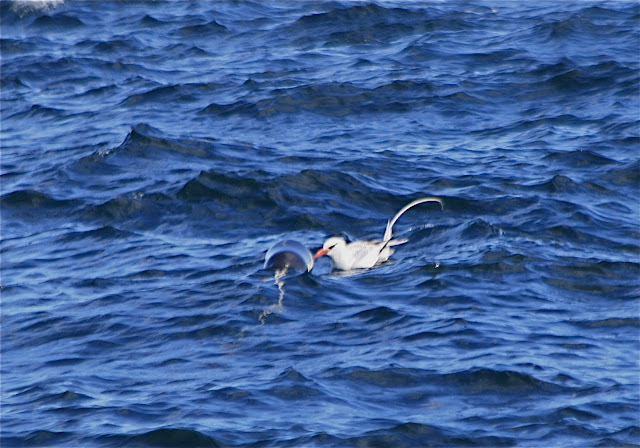 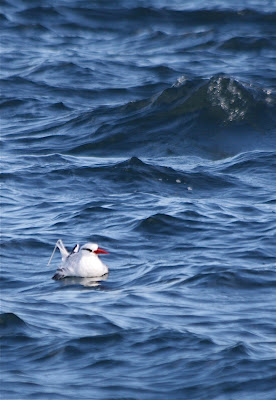 the water had a great quality about it, calming westerly a bit of a chop but not much rippling. 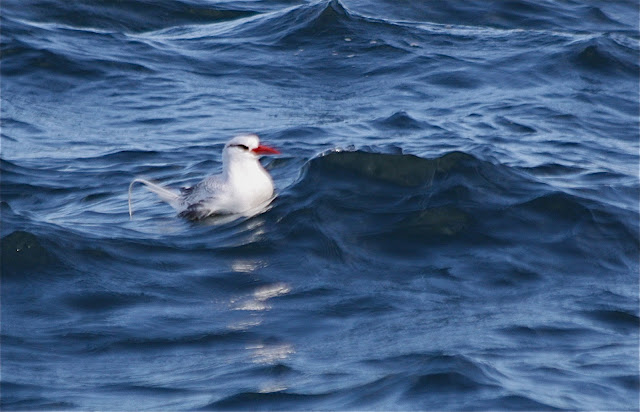 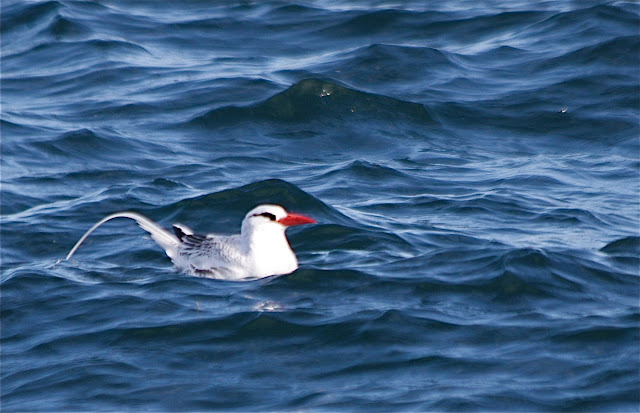 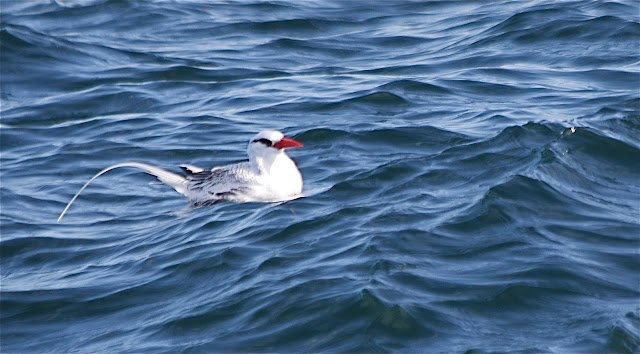 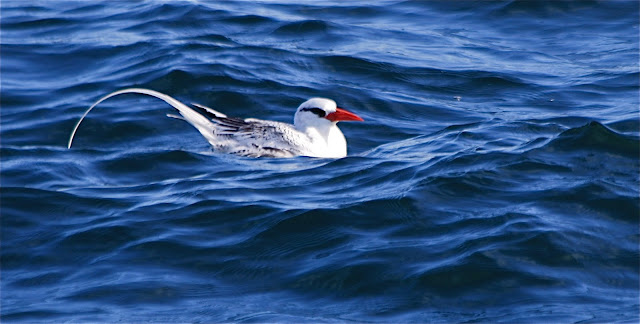 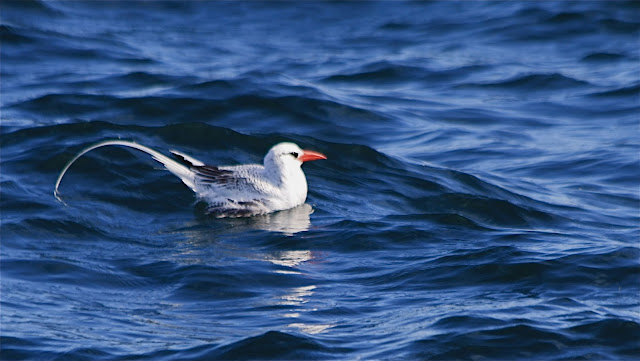 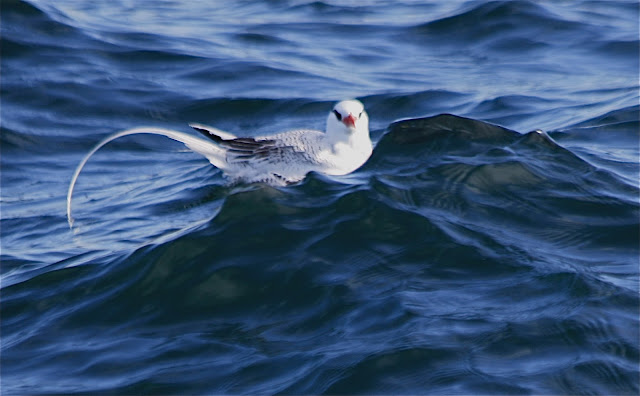 this looks to be like a very blue iceberg, 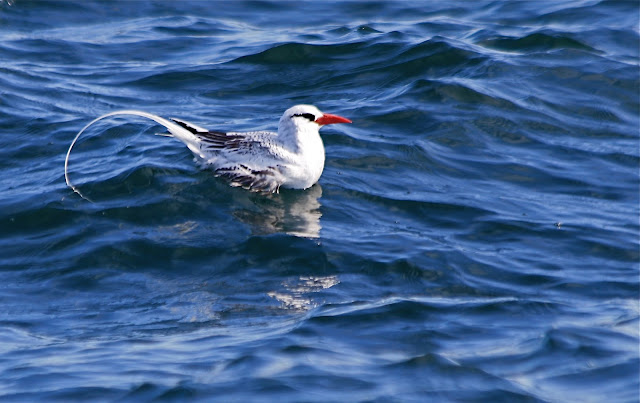 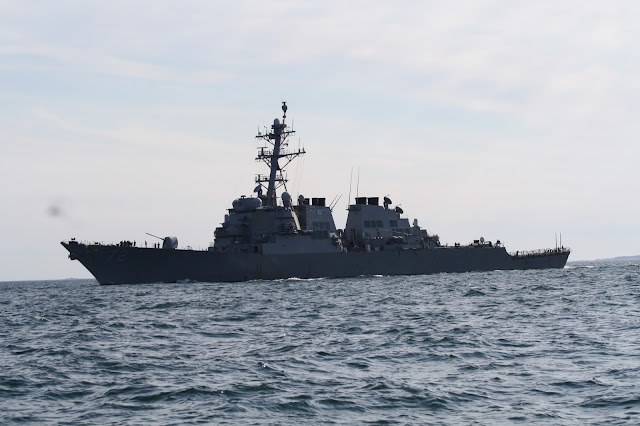 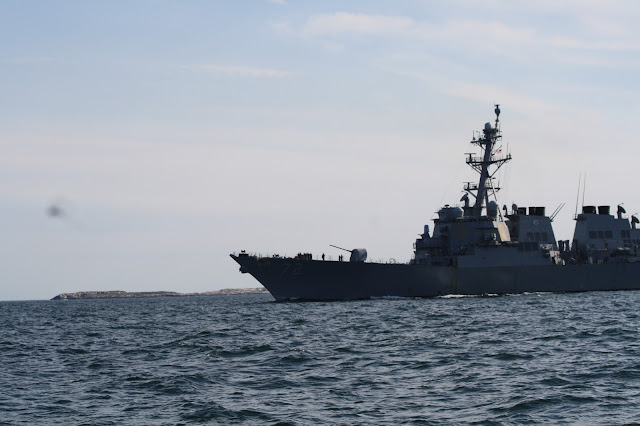 Seal Island beyond the Mahan, a Destroyer,

My father Bill Drury Jr. served on the Gunason (DE-795) a destroyer escort during 1944 and 45 in The Carribean, the North Atlantic and the Pacific.

He was 23 and the third oldest man aboard, not sure  of how many men a couple hundred or so I think.

Anyway it seems to me there is plenty of Destructive potential in the world without Bath Iron Works adding to it.
Puerto Rico is one recent example.

would it not be more useful for those talented engineers and craftsmen to build something useful like Hospital ships, there are always hurting people around the shore somewhere and sometimes there are lots of them.

oh yes then I broke down,

lucky it wasn't half an hour earlier when we were in the eastern bite and with brisk westerly.

Arthur was on his way back from Rockland heard me call for a tow and came out and got me.

Thanks Arthur, much appreciated.

I was lucky,  Kevin found a large deposit of sediment in my primary filter, looked like a periwinkle had slud in there somehow,  it ran better without that,  and I was on the road again mid morning the 7th 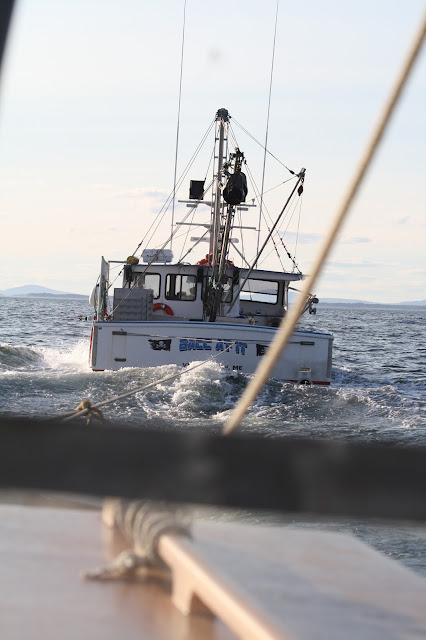 thanks Arthur,
Posted by john at 9:51 AM