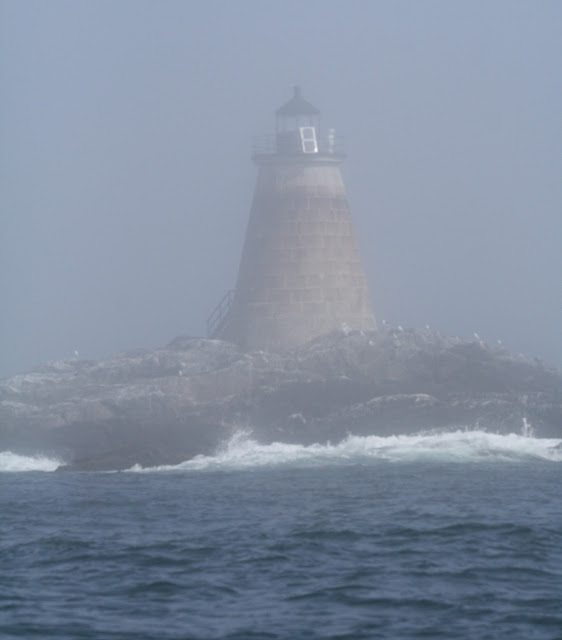 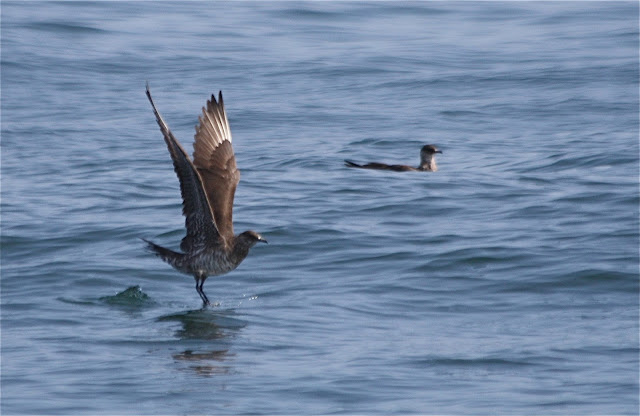 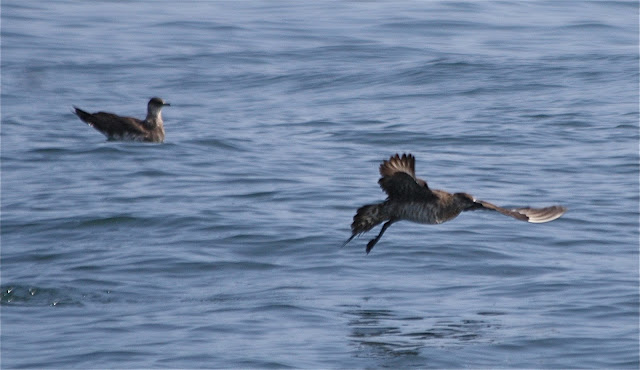 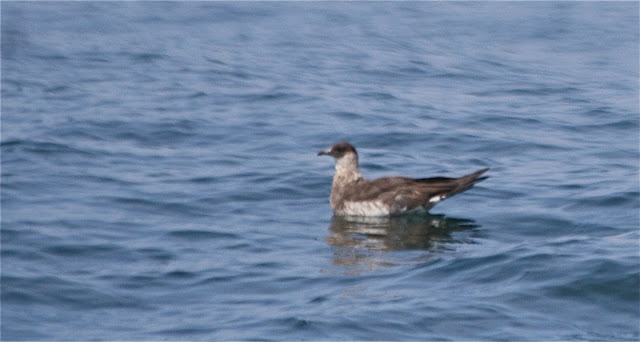 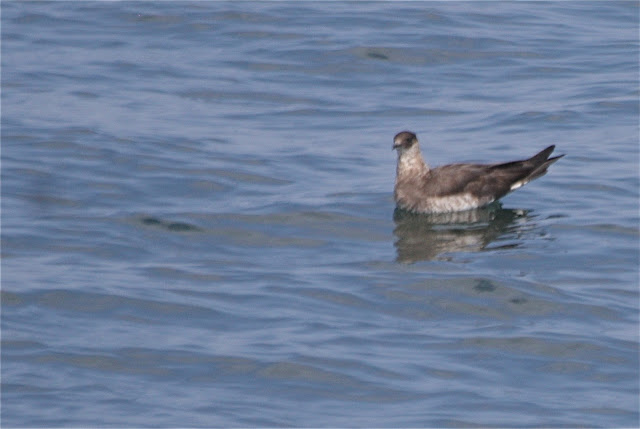 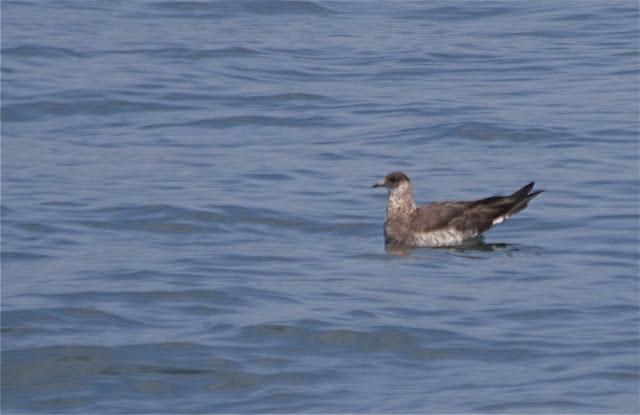 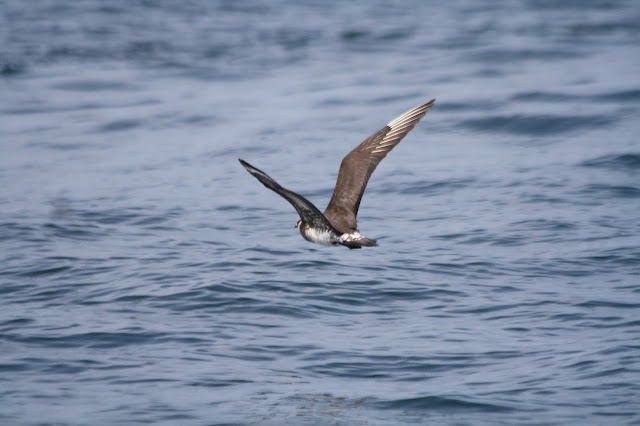 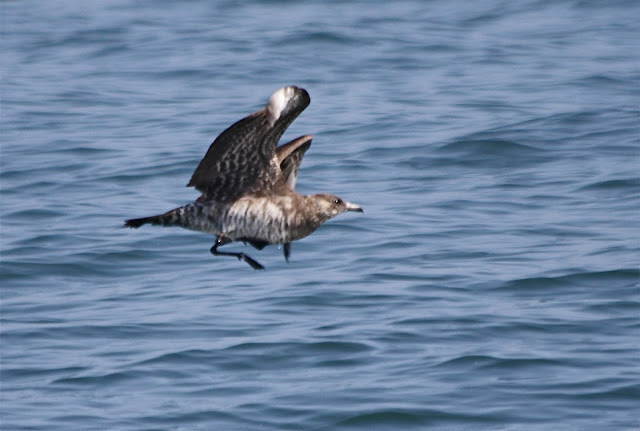 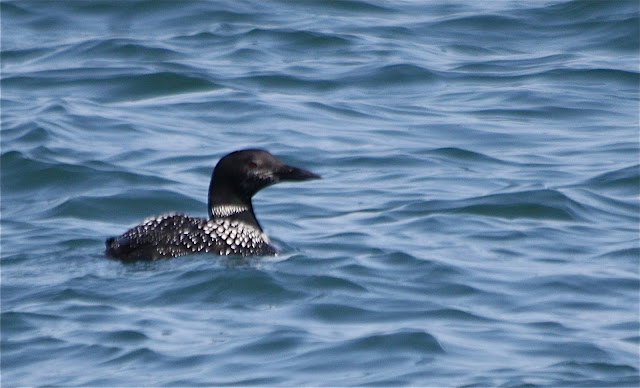 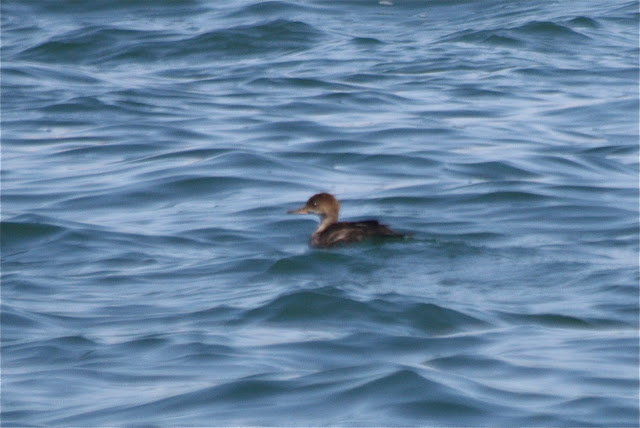 I saw this hooded merganser near Brimstone,  I do not recall having seen this species quite so out in the bay as this bird. 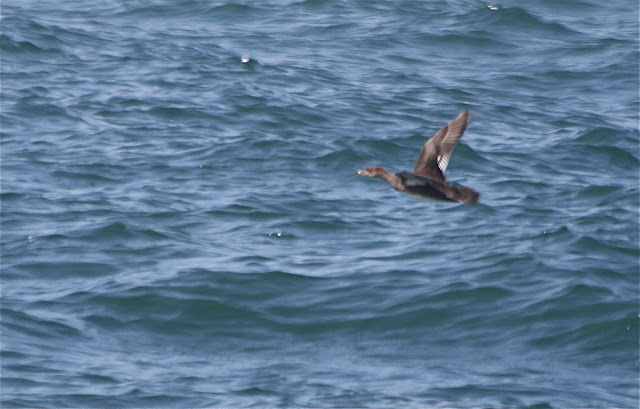 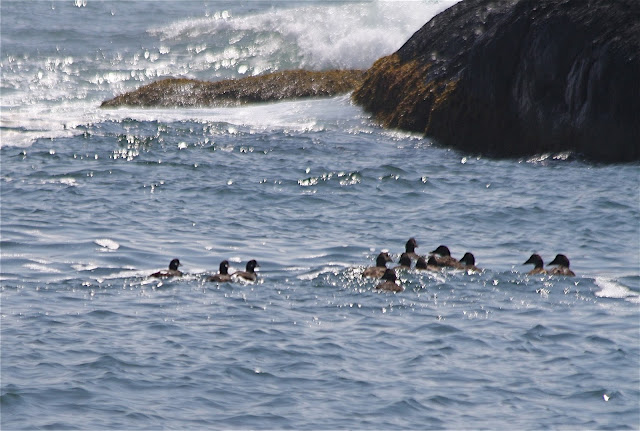 Also three harlequin at Little Brimstone, on the left with some hen eiders,  I had seen one harlequin regularly here all summer.   Apparently  there were three in the area all summer.... they were not inseparable, meaning I saw one alone many times. 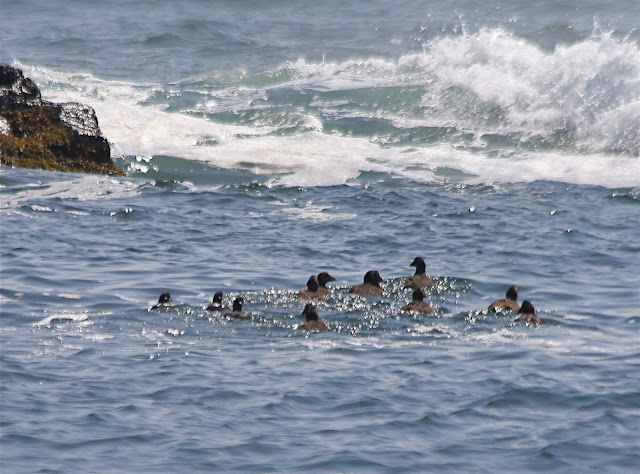 again little harlequin on the left 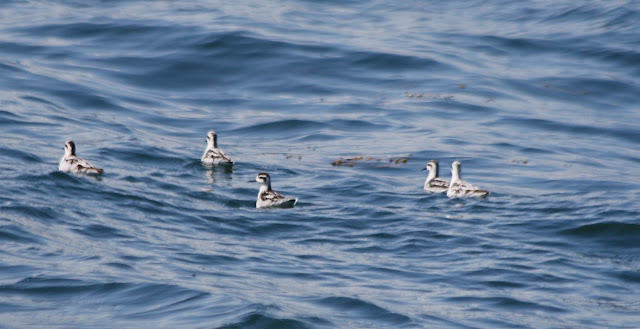 a few northern or red-necked or, thin-billed phalerope 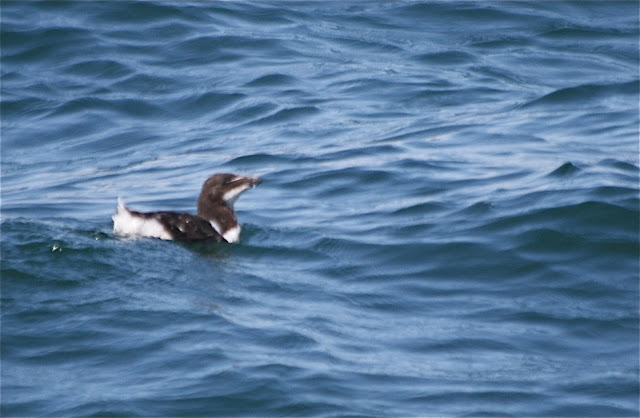 and still there were young razorbills in the bay 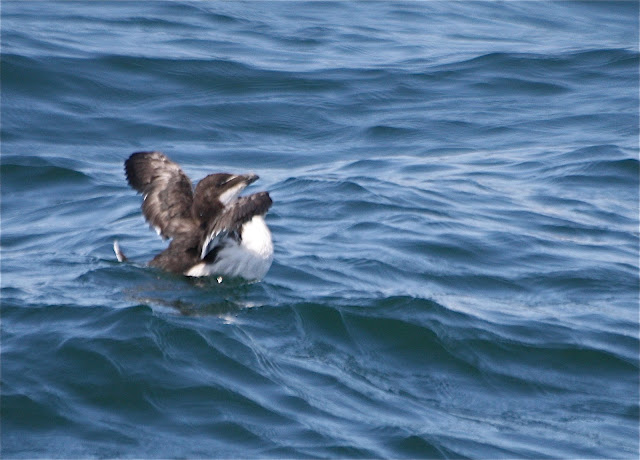 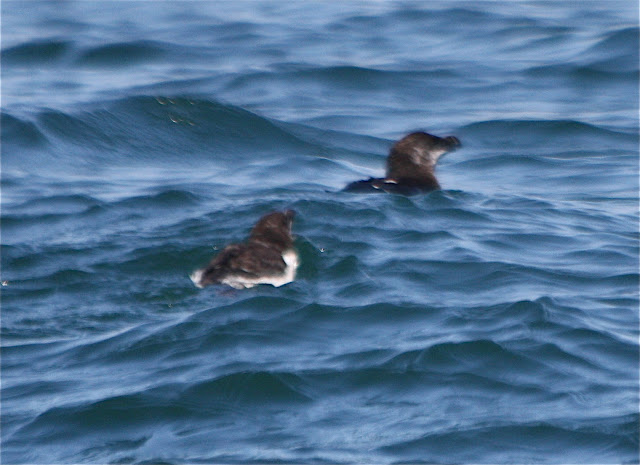 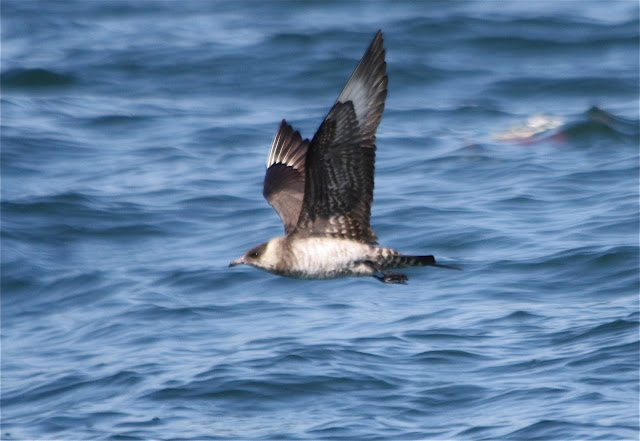 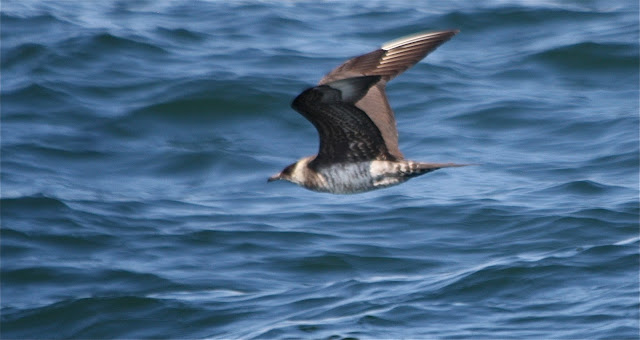 you can tell when the pirate sees a prize as it exhibits impressive acceleration through the gears as does a big falcon.
Posted by john at 9:10 AM