August 29, Great Cormorant survey, revisit the two sites they breed in Jericho bay, and a ride out to Mount Desert Rock.  posted Oct. 12 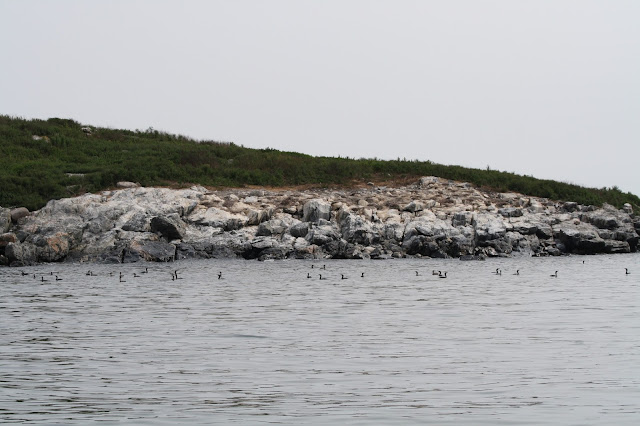 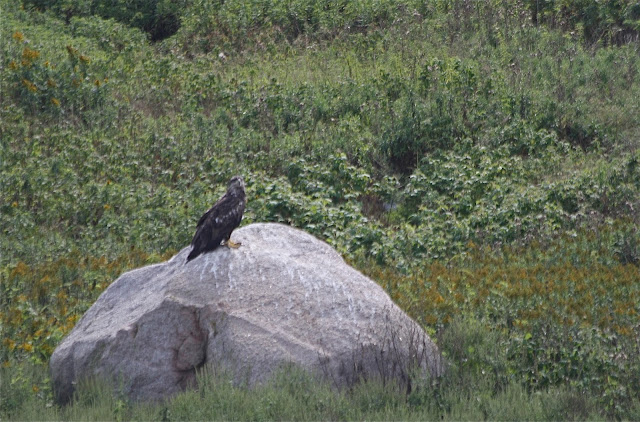 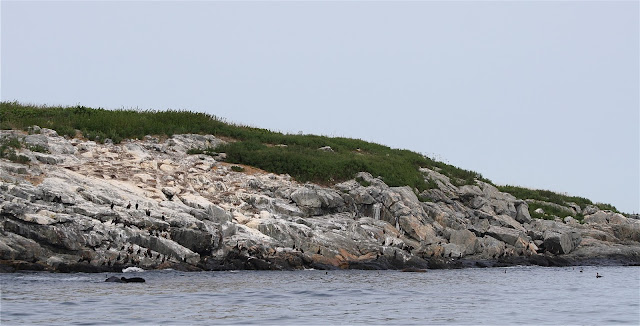 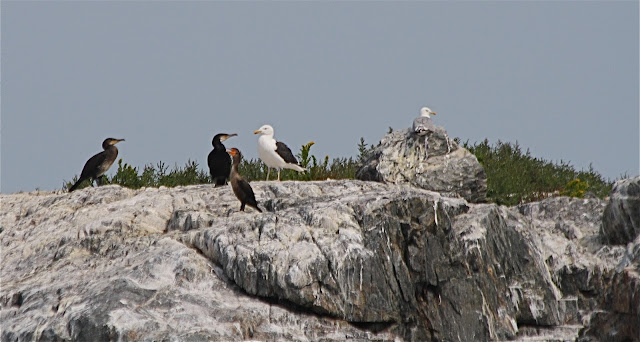 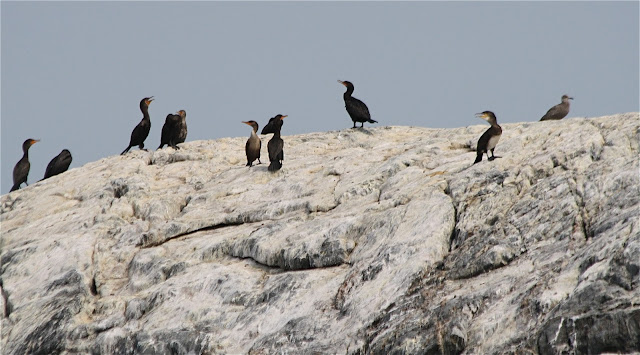 Here is another of this years fledgling great cormorant on the right with the white belly, the rest look like double-crested cormorant, and a fledgling herring gull top right, 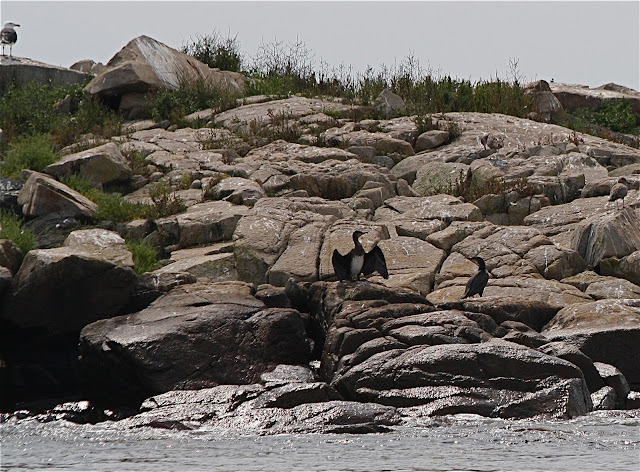 Brimstone ledge, these were the only cormorant left on the ledge, there had been @20 pairs 1/2 great.
they like to stay at the nest area for a long time, (those at Seal Island were still at the nest area on this date) and their absence indicates that eagles have disturbed this colony too. 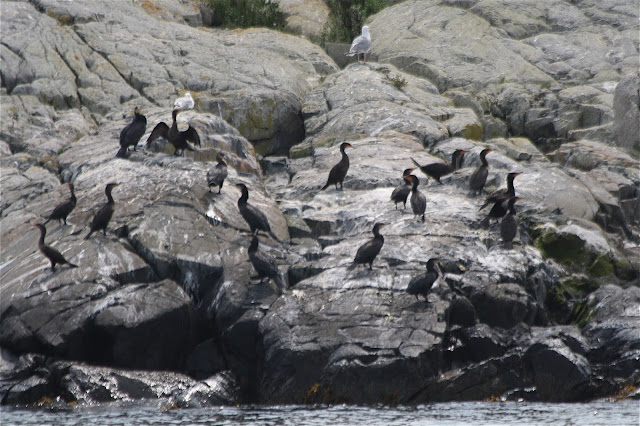 I did see another young Great cormorant of the year, at Mason Ledge, probably from Brimstone.

So there were a few Great Cormorant raised by the 17 pairs nesting at two sites in Jericho bay, but both colonies were disturbed by eagles and only a few fledglings were seen. 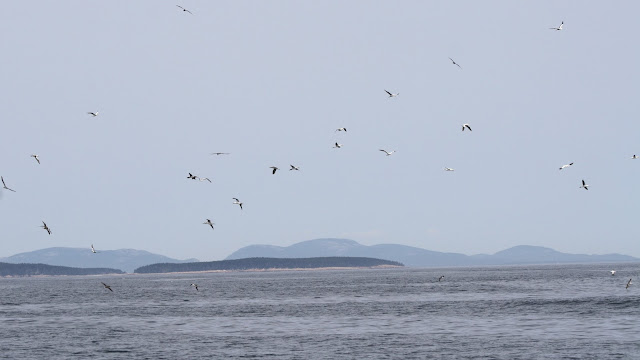 I got some photos of red phalerope this day as well, I must have posted those on the 27th 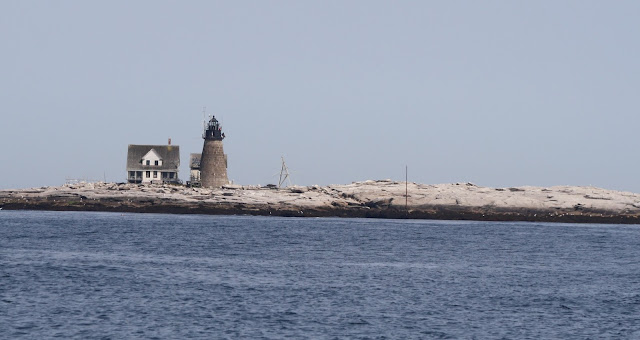 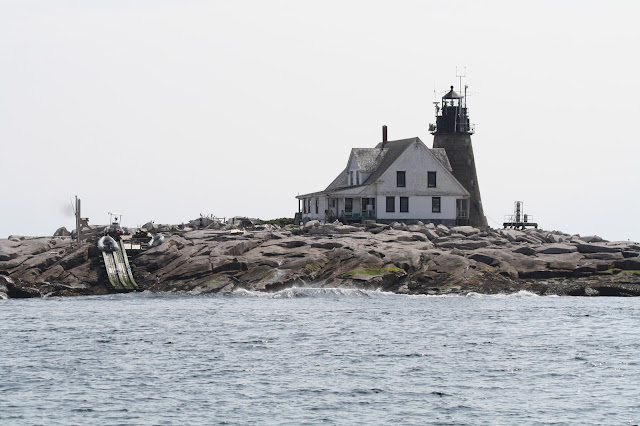 It looks as if the boathouse could use some upkeep. 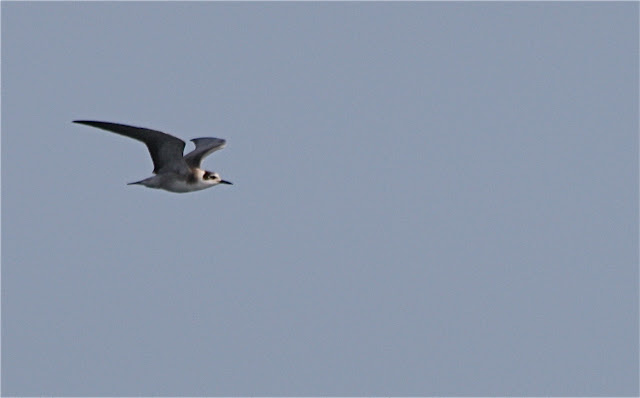 I saw three black terns sail by as I was leaving MDR. 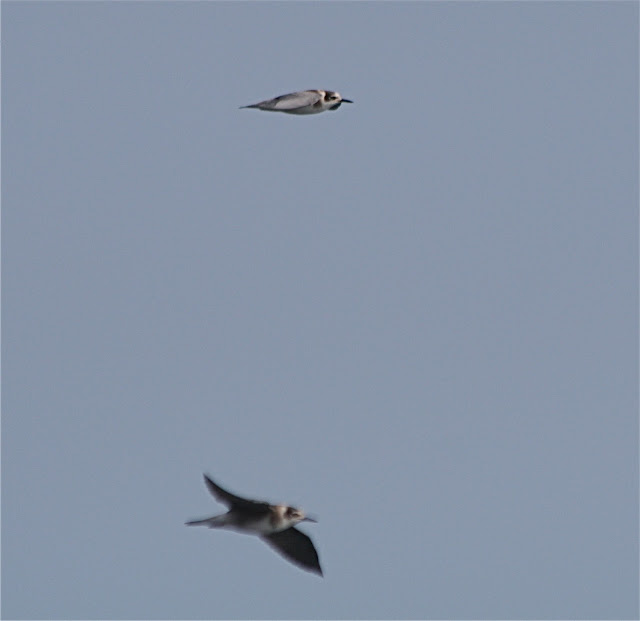 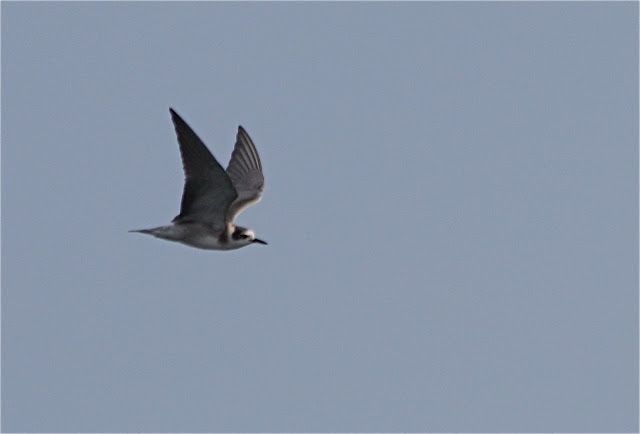 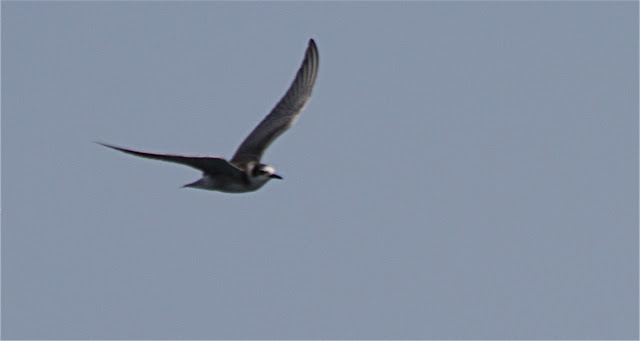 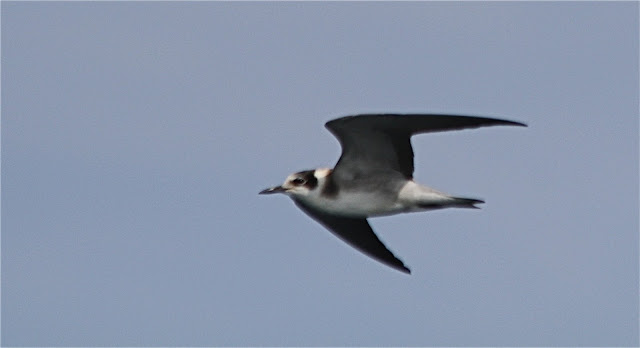 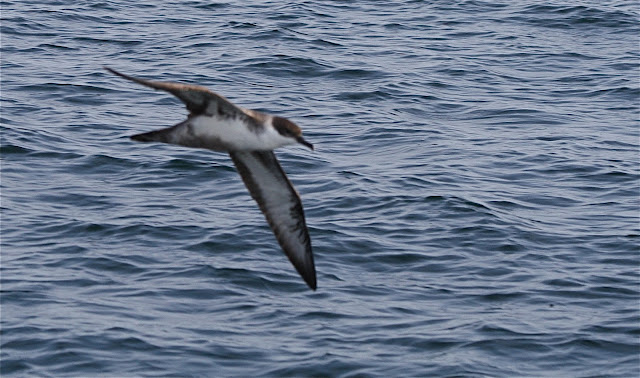 There were quite a few Greater Shearwater between MDR and three fathom ledge, 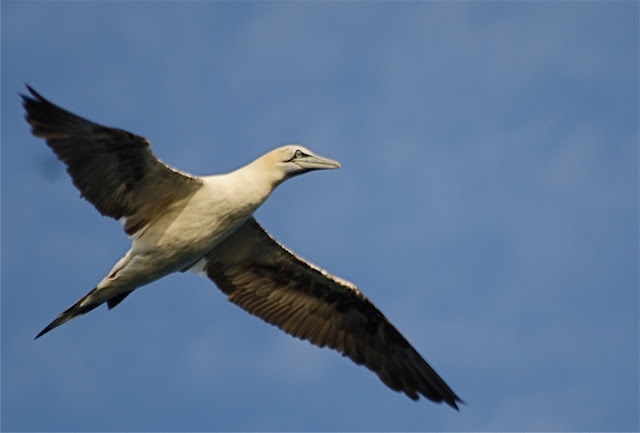 I got under some gannets between three fathom ledge and Vinalhaven, in good evening light. 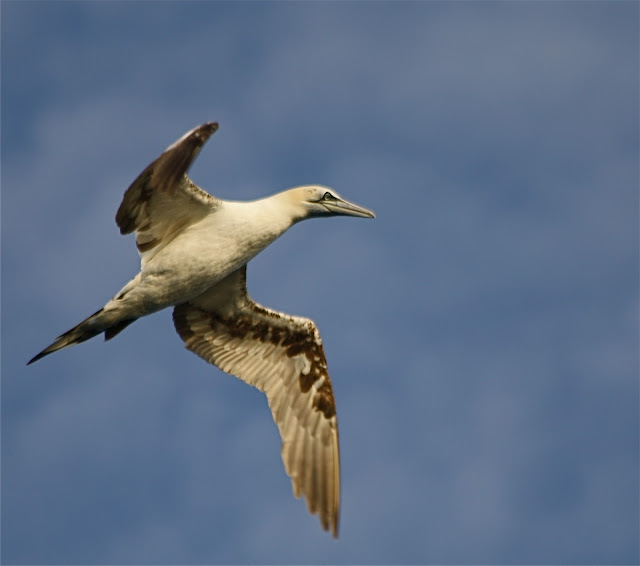 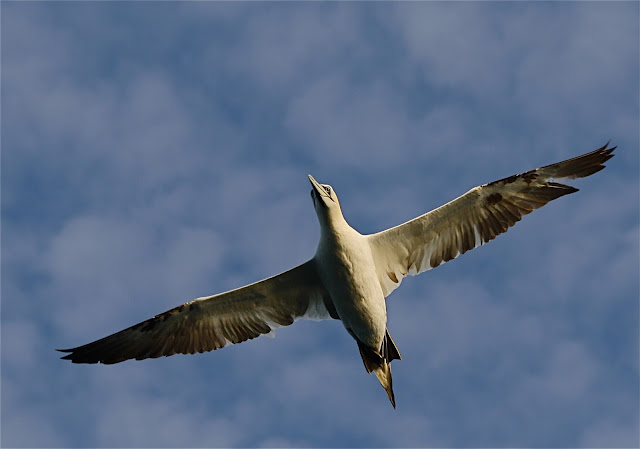 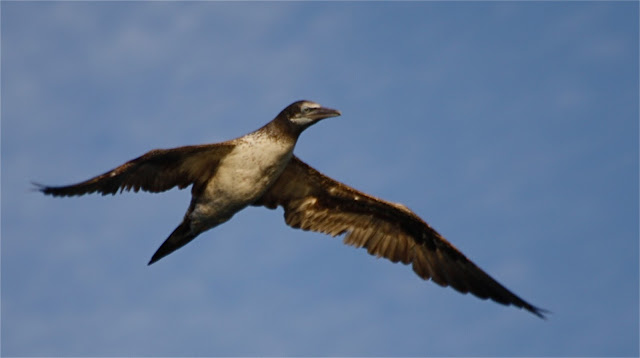 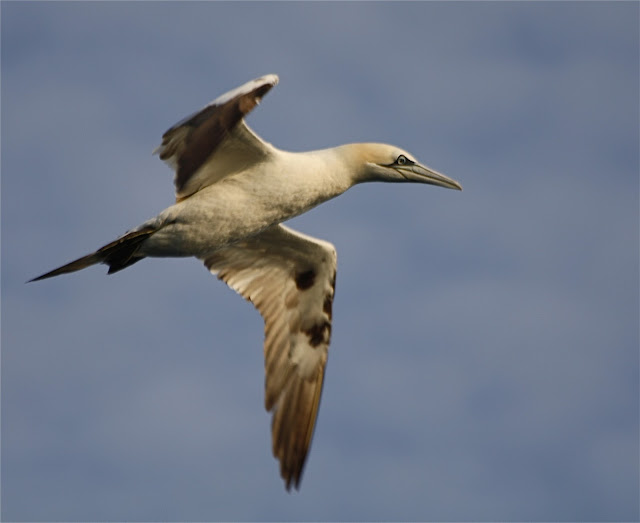 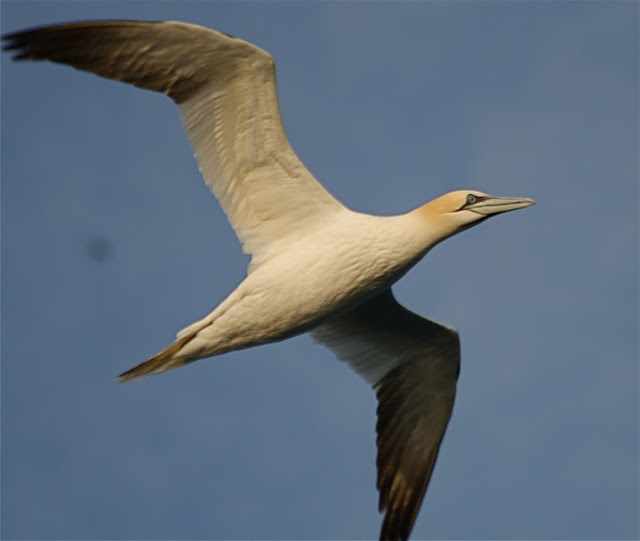 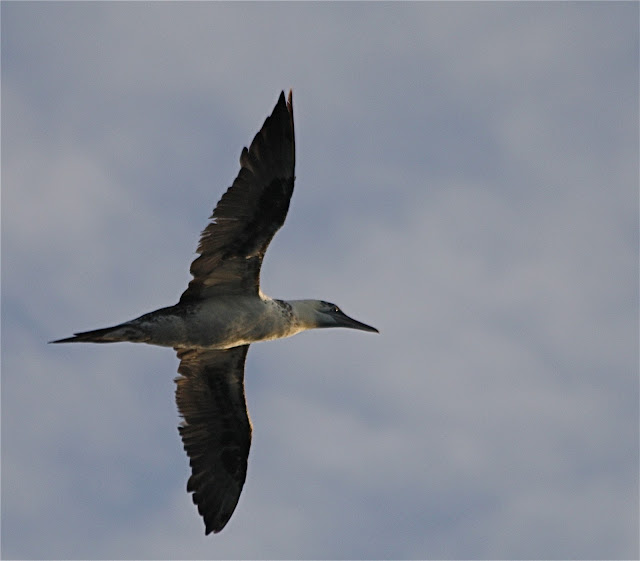 Seal Island from the East 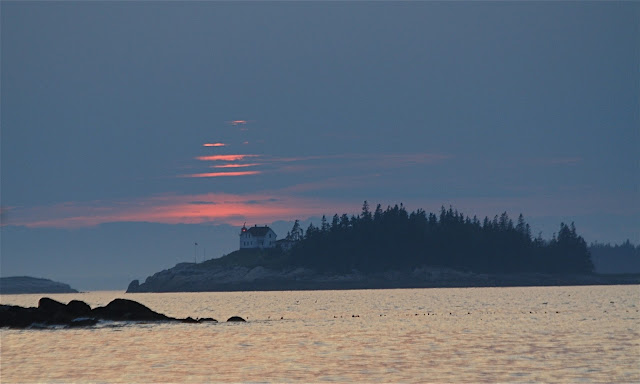 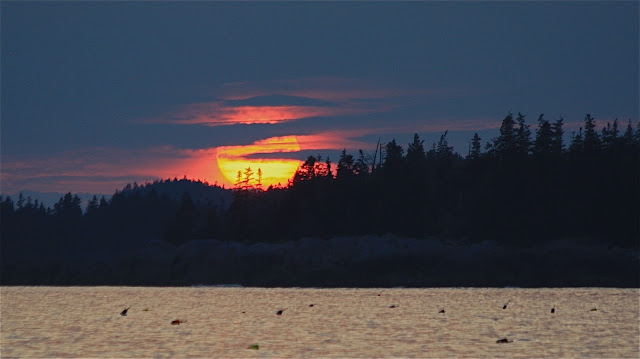 We generally get some wicked half decent sunsets in August.
Posted by john at 9:13 AM