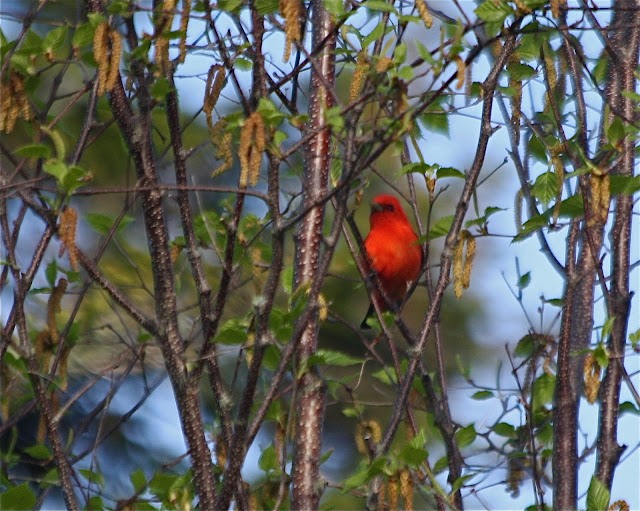 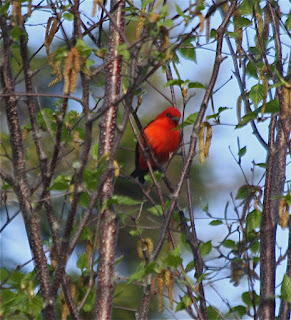 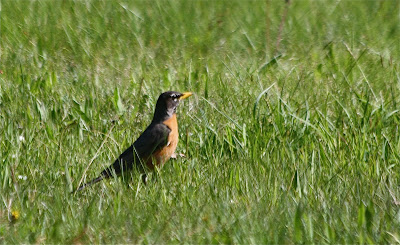 the faithful and dapper American Robin 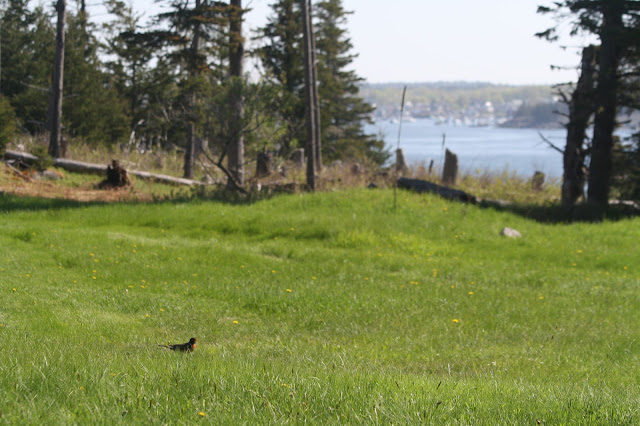 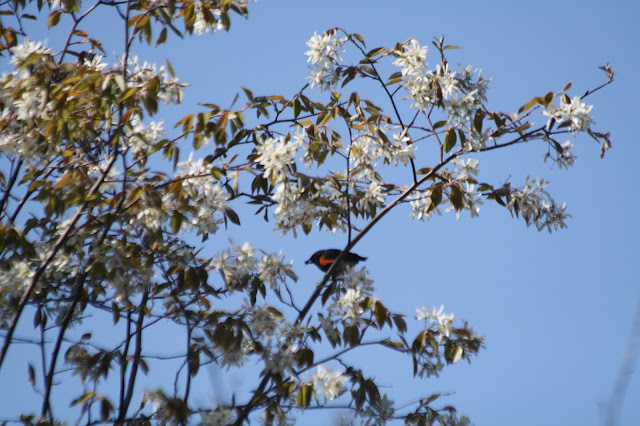 male redstart without tale, in shadbush, there is a story there. 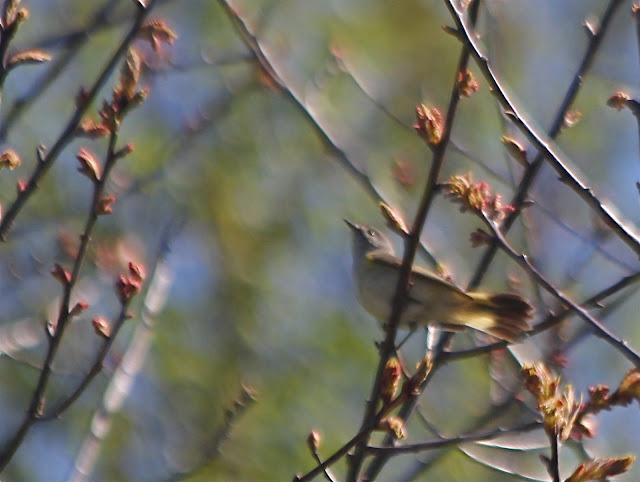 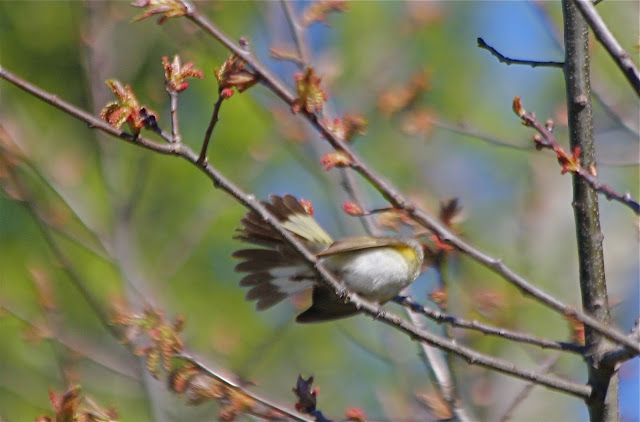 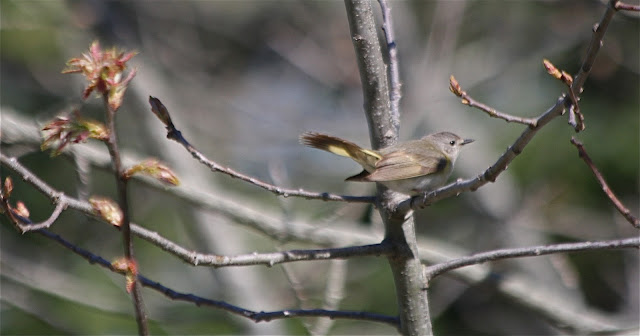 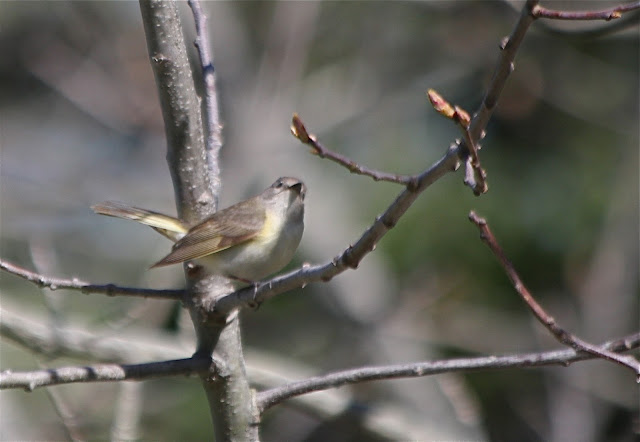 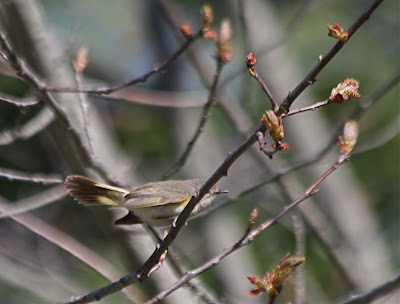 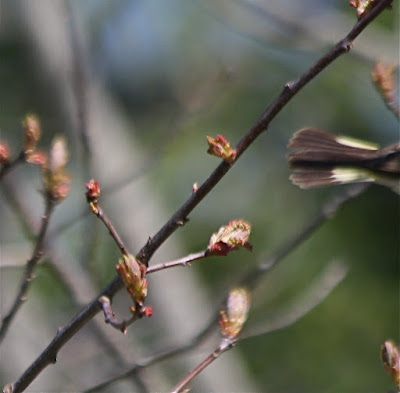 and away,  as noted by gifted blog artist the Kirk Gentalen,  at the Vinalhaven sightings report, "there is a redstart in every tree these days on Vinalhaven" 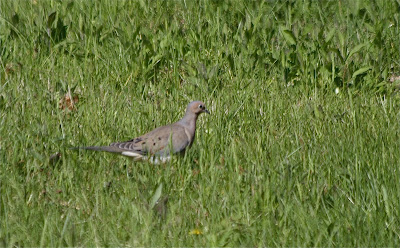 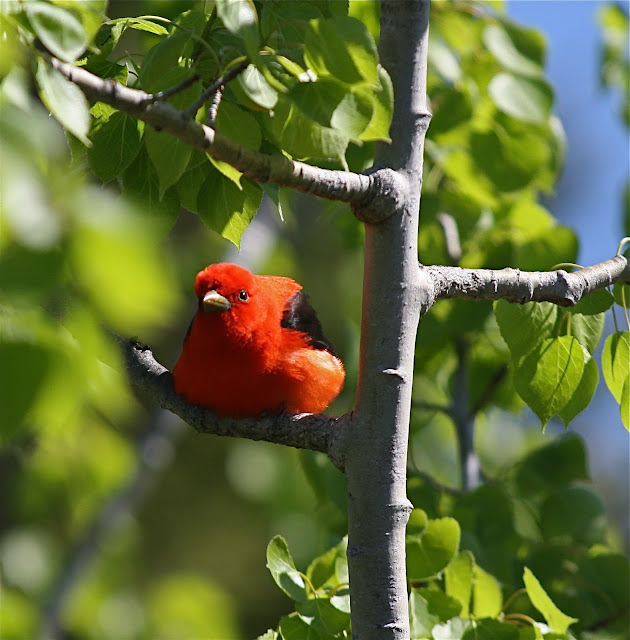 anything but drab, we were visited by another or the same male tanager, in poplar here, 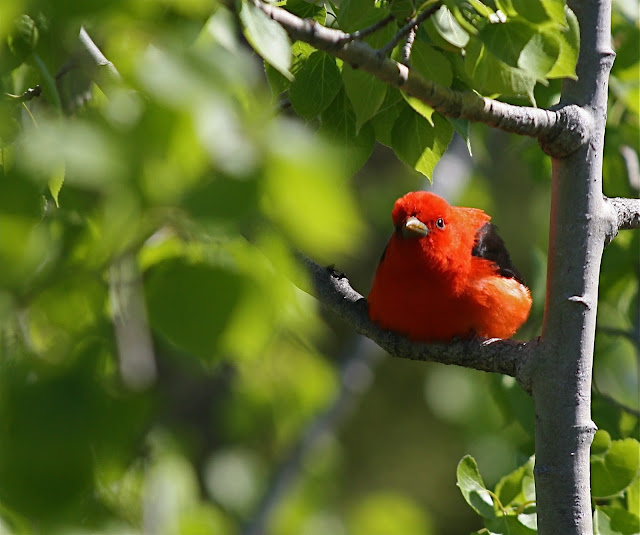 they do show up well, iiwi scarlett 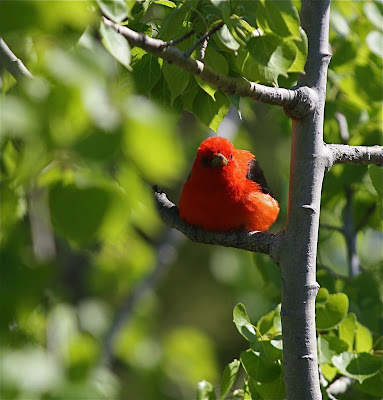 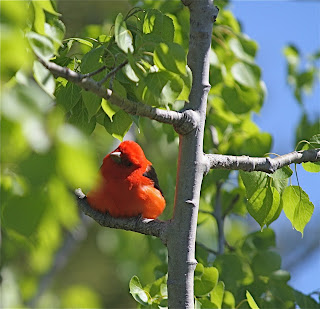 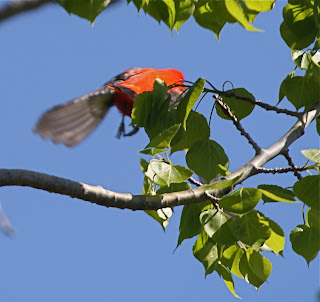 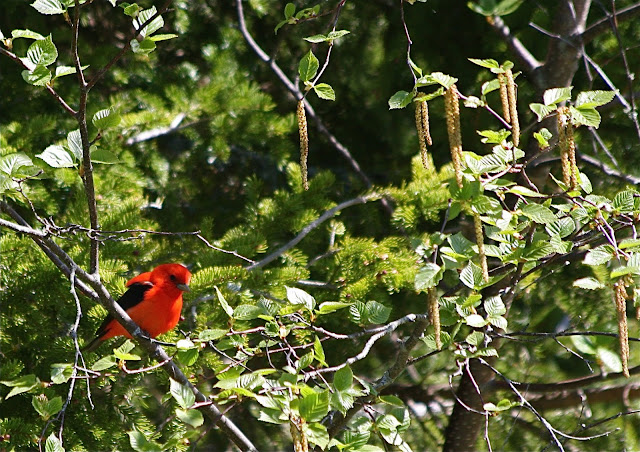 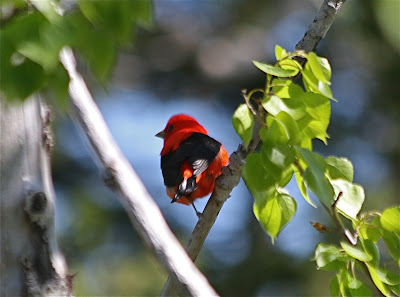 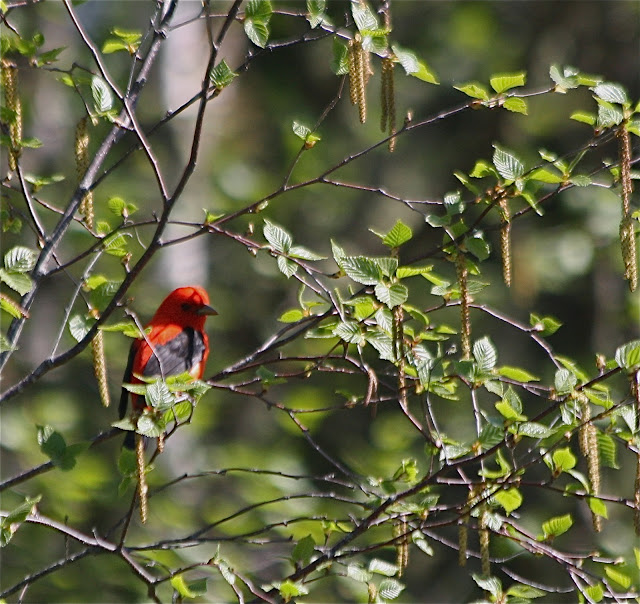 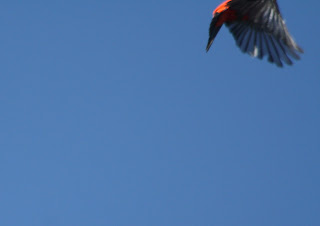 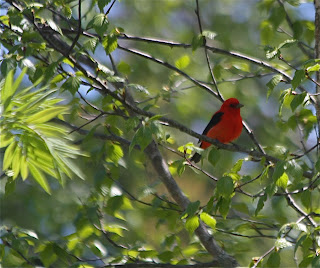 Tanager, in birch some mountain ash 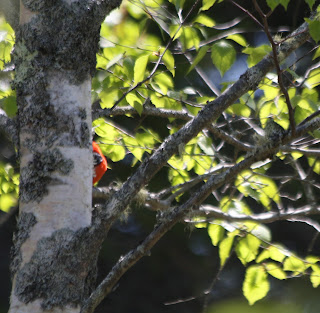 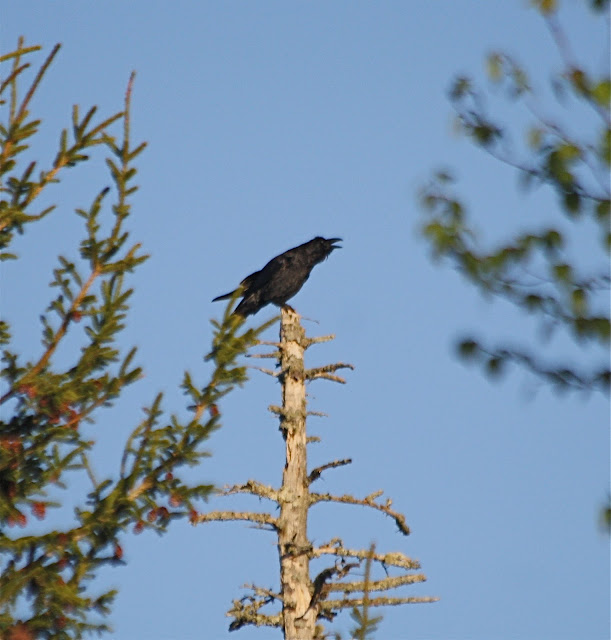 the Raven calling out for equal rights and justice 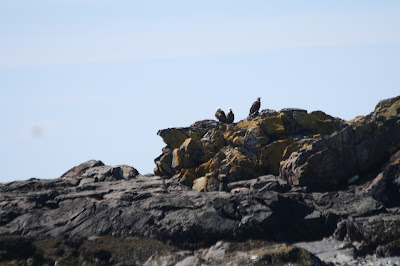 eagles gathering near head of Hitchcock in anticipation of eider duckling season. 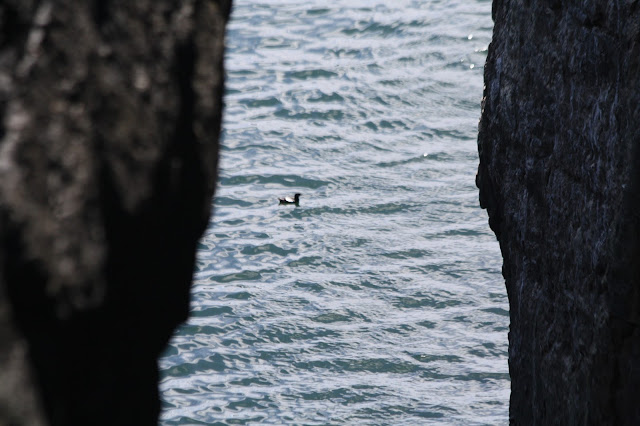 Squeaker in great cove through the crack on the backside of Seal island.

hey I have a website to advert my boat ride from Vinalhaven enterprise:
maineseabirdtours.com ,  there are some photos and a few brief articles there.
Posted by john at 10:01 AM