Red-billed Tropic Bird, still living and otherwise minded after these many years

The Crew on Seal Island,  Sue, Kristin, Keenan and Will, reported that the Red-billed Tropicbird,
First seen on the Island July 12 2005,  has survived the winter and returned to its adopted home away from all the other Tropicbirds.  They saw it first May 7, three days after they arrived.  This is the earliest date that this bird has been seen on the island. 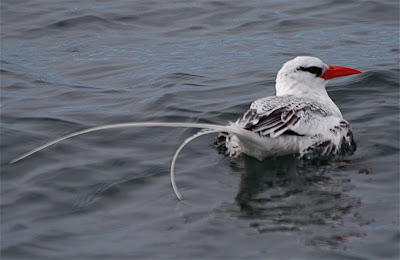 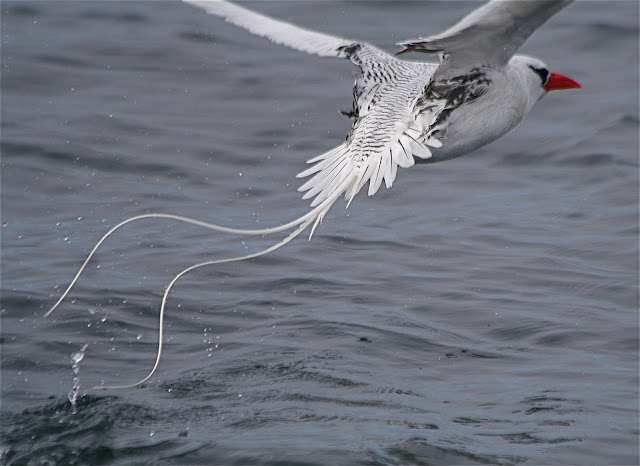 An impressive bird this is.  its unlikely story reminds me that the more you see the less you know. 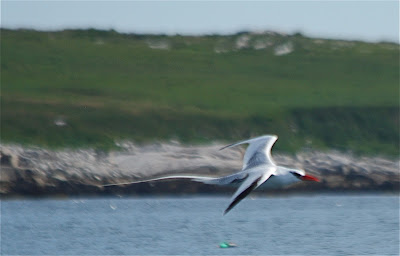